Apple Gains on Samsung in China, but Smaller Vendors Threaten 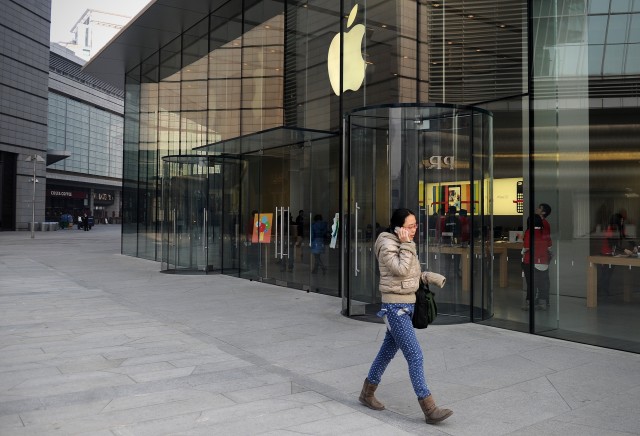 Apple has surpassed Samsung as China’s most powerful mobile brand, and even claimed a vast majority of the handset industry’s profits in the September quarter. But as Apple gains on Samsung, Samsung isn’t what Apple should be most worried about. Instead, both Apple and Samsung face intense competition from regional manufacturers around the world, and they’re losing ground.

According to Apple Insider, a note by Canaccord Genuity analyst Michael Walkley called Apple’s estimated 86% share of the handset industry’s profits “remarkable.” Walkley noted that Apple’s gains cost competitors, particularly Samsung, which saw just 18% of the industry’s profits — its lowest share since 2011. Competitors like Motorola and Microsoft lost share during the quarter, and the only company other than Apple and Samsung to have a positive value share in the September quarter was LG, with 2%.

Walkley estimated that the handset industry saw its operating income drop 17.35 year-over-year — though a lack of sufficient data on sales and profits prevented him from taking Chinese smartphone makers into account. He found that the iPhone 6 and the iPhone 6 Plus were the top-selling smartphones at all four of the U.S.’s major carriers. His survey also indicated that Americans gravitated toward higher-capacity iPhone models, which could positively impact average selling prices in the current quarter.

“We believe Apple is experiencing a record iPhone 6 upgrade cycle due to very strong replacement sales as well as from high-tier smartphone market share gains from Android,” he noted. “We believe these trends should result in very strong (fourth quarter of calendar 2014) smartphone sales and share gains for Apple.”

Apple replaces Samsung as the most powerful brand in China’s mobile market.

At the same time, the China Brand Research Center’s 2014 China Brand Power Index ranking report showed Apple replacing Samsung as the most powerful brand in China’s mobile market, according to CNET. The rankings were calculated by polling 13,500 people aged 15 to 60 in 30 Chinese cities, from August 2013 to January 2014. Respondents were asked about brand awareness and loyalty, and the Research Center said that Samsung lost its first-place ranking due to falling customer loyalty.

The research center attributed the loss to Samsung’s focus on its market share, to the exclusion of efforts to address customer concerns. “If companies (are) focusing too much on market share, while ignoring the concerns of consumers, it will cause a problem in brand management,” the center noted. While Samsung rose 24.6 points on the Index to reach 566.6 points, its gains weren’t enough to beat Apple, which scored 568.5 points in the rankings.

As the National Post reports, Canaccord found that global smartphone sales rose 8.5% during the past quarter, but Apple’s influence was felt worldwide as consumers delayed purchases of high-end Android smartphones in anticipation of the new iPhone 6 models. Much of the 8.5% growth was attributed instead to “strong sales of affordable smartphones” — exactly the kind of phones that are made by domestic vendors in the countries where both Apple and Samsung are trying to gain market share.

According to ZDNet, data gathered by market research firm Canalys suggested that the global smartphone market grew 23% over the third quarter of 2013, exceeding 300 million. Canalys also found that Apple and Samsung together accounted for 38% of worldwide shipments — 10% less than the 48% they shared the previous year.

Their collective decline is attributed to increased competition, and to the gains that regional vendors are making in their home countries, propelled by aggressive pricing strategies. The mobile markets in both India and China are seeing significantly more substantial contributions from domestic vendors, and Canalys research analyst Rushabh Doshi said of the market in India, “Three of the top five vendors there – Micromax, Lava and Karbonn – are Indian companies, achieving promising growth in their home market, but with aspirations and potential, in time, to be disruptive on the global stage.”

The 9% drop in Samsung’s market share saw the manufacturer accounting for 25% of third-quarter shipments, Canalys characterized Samsung’s growth in China as “sluggish” as it fell behind Xiaomi and lost market share in the U.S. and India. Meanwhile, Apple’s market share grew to 13% — gains that Canalys attributes to demand for the iPhone 6 and iPhone 6 Plus — and Xiaomi accounted for 6%, followed by Lenovo and Huawei, which each had a 5% share.

But Apple and Samsung are slowly losing ground the regional manufacturers. If the collective hold that Samsung and Apple have over the global market continues to wane, even gradually, their lead on the market will look less and less comfortable as Xiaomi and others look to grow beyond their home markets.

Regional manufacturers will grow beyond their home countries and pose a bigger risk for Apple and Samsung.

While industry profits fell in the third quarter compared to the level they reached a year earlier, Apple came out the clear winner. As the Wall Street Journal reports, Xiaomi was the fourth most-profitable handset maker in the third quarter, trailing Apple, Samsung, and LG, but its preference for low-cost, online distribution channels instead of expensive brick-and-mortar stores helped its profitability.

Within China, Xiaomi has fostered what the Wall Street Journal characterizes as a “cultlike fan base among early adopters of new gadgets,” which sounds not-unlike Apple’s status among its own followers in the U.S. The company has expanded into Taiwan, Hong Kong, Singapore, Malaysia, and India, and in the second quarter overtook Samsung as the top smartphone maker in China.

But Xiaomi will face challenges in its expansion, which it has been taking on debt to fund. As Chuck Jones reports for Forbes, analysts project alternately that Xiaomi’s China shipments have peaked (and that future growth will need to come from countries outside of China), that Apple will continue to gain market share worldwide, and that Xiaomi may run into the problems of low brand awareness or even patent challenges as it expands outside of China.

Even those factors, however, while they might slow Xiaoi’s expansion, wouldn’t mitigate the competition that Samsung and Apple face from other regional manufacturers that are making efforts to expand outside of their home markets, as well.

Lenovo has been expanding aggressively outside of China, growing its sales in Southeast Asia and Eastern Europe. Huawei has been expanding to the Middle East, Africa, and Latin America, and in emerging markets both Lenovo and Huawei are challenging Samsung’s dominance by offering affordable smartphones with competitive features. The Wall Street Journal notes that Samsung has lost market share in the premium segment to Apple, in the middle tier to Xiaomi and Huawei, and in the bottom tier to Lenovo and an array of regional brands.

As BBC reported in 2013, Tim Cook told the Xinhua News Agency that he expected China to overtake the U.S. as Apple’s biggest market. “China is currently our second-largest market, I believe it will become our first,” he said at the time. Apple’s gradual moves to become a more potent force in the Chinese market see it gaining traction in the largest smartphone market in the world, but like Samsung, Apple faces intense competition from domestic smartphone makers in China and in other major markets globally.