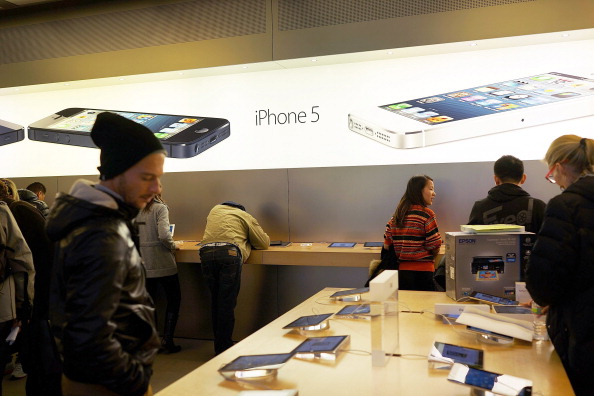 A new report by comScore (NASDAQ:SCOR) reveals that Apple (NASDAQ:AAPL) has held its lead over Samsung (SSNLF.PK) as the top manufacturer of smartphones sold in the U.S.

Market share divided by smartphone platform shows Google (NASDAQ:GOOG) (NASDAQ:GOOGL) Android holding steady as the top smartphone platform, with 52.1 percent market share, the same percentage as in February. IOS rose slightly from 41.3 percent in February to 41.9 percent in May, and was the only platform to experience growth, while Microsoft’s Windows held steady at 3.4 percent and BlackBerry (NASDAQ:BBRY) fell from 2.9 percent to 2.3 percent.

The fact that so little changed during the three-month period – with slight growth for Apple and Samsung as OEMs and slight growth for iOS as a platform — reflects the fact that the U.S. is no longer an area with huge potential growth for smartphone manufacturers or platform providers. Each area is in essence a duopoly, with Apple and Samsung dominating market share among manufacturers, and Android and iOS splitting the majority of subscribers between them.

However, worldwide sales and sales potential offer a different picture, and Google recently made headlines with its Android One program to bring affordable smartphones — and the Android operating system — to emerging markets, starting with India. The increasingly global market may shake up the usual pecking order. As CNET reports, an Evercore analyst predicted that while Samsung still leads in global smartphone sales, global sales of Apple’s iPhone will grow 12 percent year-over-year to 35 million units in the second-quarter. That’s compared to the 6 percent growth forecast for Samsung.

Of course, Apple has a long way to go before it can catch up with Samsung, with sales that are currently over double Apple’s. While any discussion of the broader global smartphone market inevitably includes mention of lower and mid-range phones, it was demand for those models that has been weaker. Samsung, however, had 31 percent of the global smartphone market in the first-quarter, reflecting the success of its strategy of offering a variety of devices at different price points, contrasted with Apple’s strategy of offering only one or two high-end models at a time.

Anticipation is building around the expected launch of the much-rumored iPhone 6, expected to launch this fall in two sizes larger than the current iPhone models. Samsung also recently launched the mini version of its flagship Galaxy S5, shrinking a traditionally large Android phone as rumors swirl around the possibility of a larger iPhone. It seems that the two top smartphone manufacturers are simply trying to cover all of its bases in developed markets like the U.S., while each taking its unique approach to gaining market share in the global market.

Apple struggled before the iPhone gained traction globally, and it’s not likely that the company, which has always positioned itself to offer premium products (with the sort-of exception of the iPhone 5c), will offer a cheap smartphone for markets like India. It’s more likely that Apple will leverage its HomeKit, HealthKit, CarPlay, and other hardware/software integrated systems, plus its growing international retail presence, to make its ecosystem an attractive choice for consumers in the U.S. and around the world.

Samsung already has an edge in the developing world, with several phones popular in India, but it runs older versions of Android, and Samsung has many competitors, including those who have signed up under the Android One program to manufacture phones that will be automatically updated by Google. Samsung is at a disadvantage, given that it isn’t in control of the operating system powering its hardware, and may even be given less free rein as Google seeks to standardize the Android experience. So while Samsung is in a dominant position now, it will need to differentiate itself with outstanding hardware to stay on top globally or get to the top in the U.S.