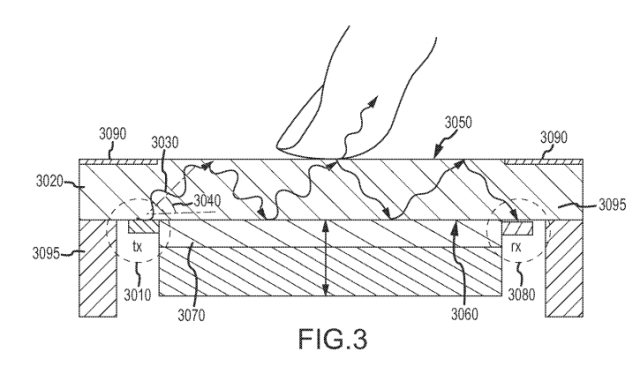 Will Apple’s (NASDAQ:AAPL) iPads soon be outfitted with a new type of user interface technology? A recently published Apple patent application uncovered by Apple Insider revealed that the California-based company is exploring a revolutionary new type of touchscreen technology that allows the iPad to detect how hard a user is pressing on the display screen.

As noted by Apple in the patent background information, touchscreens allow users to manipulate various screen elements by detecting the positions of touches on the screen. However, the iPad maker noted that “it would be advantageous for the user to be able to indicate an amount of force applied when manipulating, moving, pointing to, touching, or otherwise interacting with, a touch device.” One example cited by Apple was “for the user to be able to provide input with an analog control in response to an amount of force, such as a gas pedal on a simulated car, or a control surface of an airplane in a flight simulator.”

According to the patent abstract, Apple’s invention detects force and touch by using “frustrated total internal reflection” in combination with other capacitive sensing technologies. Per Apple’s patent application, “frustrated total internal reflection,” or FTIR, calculates the amount of force applied by the user’s finger by employing infrared transmit lines. The infrared transmitters and receivers are embedded out of sight, below the touchscreen’s bezels. By measuring the attenuated reflection of infrared light between the infrared emitters and the infrared detectors, the system is able to determine the amount of force being applied by a user.

Another embodiment of the invention combines capacitive sensing with FTIR in order to determine if the attenuated reflection is due to actual touching of the user’s finger to the top surface, or if an earlier touching “smudged or wetted the cover glass, or otherwise left an optical imprint that still attenuates reflection.”

If attenuated reflection is detected without an accompanying capacitive sensing touch, the device will determine that the attenuated reflection is not due to any applied force, and it will reset its detection baseline for the affected area. Although it is unknown if Apple has any near-term plans to implement this technology into its iOS devices, the “Frustrated Total Internal Reflection and Capacitive Sensing” patent may provide the next-generation iPads and iPhones with an extra dimension of control beyond what is currently used in touchscreen devices.