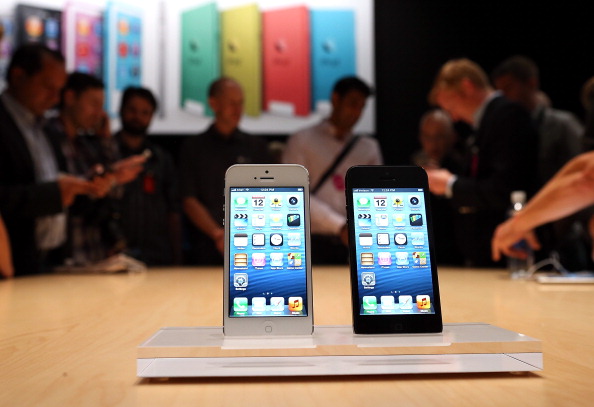 On Tuesday, Apple (NASDAQ:AAPL) released iOS 7.1.1, the latest update to its iPhone and iPad operating system. It’s not a huge update with lots of flashy features, but it squashes a number of bugs and improves the Touch ID functionality on the iPhone 5s. But if you don’t have an iPhone 5s, you still get improved responsiveness to the touchscreen keyboard and fixes to issues that occasionally popped up when a Bluetooth keyboard was connected to the device.

The Touch ID sensor, which is built into the home button on the iPhone 5s, can read your fingerprint to unlock your phone, letting you forego typing in your PIN every time you want to text a friend or check your Twitter (NYSE:TWTR) feed. This feature is a pretty big deal to Apple for a number of reasons we’ll get into below, so it’s no surprise it has focused on perfecting it with the last two updates.

Since the release of the iPhone 5s last year, Apple had received many complaints that the Touch ID’s responsiveness seemed to erode over time. A number of articles popped up to help users address the problem, but this fix from Apple — assuming it works properly — should solve the issue once and for all.

Apple will need its Touch ID software running smoothly if the rumors are true (which they very likely are) that Touch ID will come to the new models of the iPad and iPad mini this year. If the fix works as well as it should, it will also help cement Apple’s lead over rival Samsung (SSNLF.PK) when it comes to fingerprint scanning. According to the reviews, the fingerprint scanning feature in Samsung’s recently released Galaxy S5 isn’t very reliable.

So how do you update your iPhone and iPad to iOS 7.1.1? At some point over the next few days, your device will display a pop-up dialog box prompting you to download the new version of the software, but you can update it now if you don’t want to wait. To do that, go into the “Settings” app, tap “General,” and then “Software Update.” If you’re still running iOS 7.1, you’ll see a button that says “Download and Install.” Press it, and you’re in business.

The update is only 26.1 megabytes in size, which indicates that the issues it addresses are fairly small, particularly compared to the previous update, iOS 7.1, which came out in March and fixed common software crashes as well as added new Siri functionality. The iOS 7.1 also included an update to the Touch ID software in iPhone 5s. Many people who had experienced problems with it before reported positive results. This new update should help anyone who is still experiencing problems.

The next major update to the software, iOS 8, is expected to be announced at the keynote presentation that will kick off Apple’s Worldwide Developers Conference on June 2. However, iOS 8 probably won’t be released until this fall when the next version of the iPhone comes out. Heavily rumored features expected to debut in iOS 8 include the addition of bus routes to Maps and a Healthbook app that tracks users’ heart rate and nutrition (probably with support from an iWatch.)