Apple, Microsoft, and Others Push Back Against Proposed Patent Law Changes 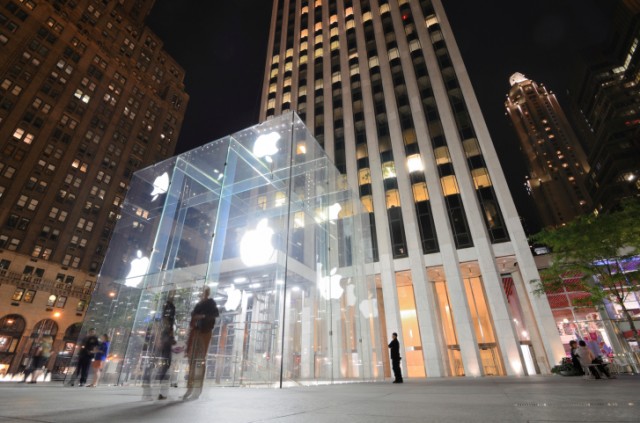 Apple (NASDAQ:AAPL) has joined forces with several other major U.S. companies in order to push back against patent system changes being proposed by members of Congress, reports Reuters. Apple, DuPont (NYSE:DD), Ford (NYSE:F), GE (NYSE:GE), IBM (NYSE:IBM), Microsoft (NASDAQ:MSFT), and Pfizer (NYSE:PFE) have launched a lobbying group called Partnership for American Innovation. According to Partnership for American Innovation, the group’s goal is to “safeguard America’s position as a global innovation leader.”

Former U.S. Patent Trademark Office director David Kappos — a senior adviser to the group — noted that the current efforts to reform the patent system could actually harm America’s innovators. “It is in our country’s best interest to have a patent system that rises above short-term interests, and creates long-term gains for all sectors of the economy,” stated Kappos in a Partnership for American Innovation press release. “We must move beyond rhetoric that ‘the system is broken and trolls are bringing businesses to a complete halt’ to a discussion of calibrated improvements for what is actually the best patent system our planet has.”

As noted by Reuters, the patent reform legislation in dispute is targeted at “patent assertion entities,” or PAEs. PAEs do not manufacture or sell any product, but use patents to extract patent-licensing fees from other companies. Although many of the patents asserted by PAEs are questionable, companies typically negotiate a patent-licensing fee out-of-court in order to avoid the cost of litigation. A bill passed by the U.S. House of Representatives last December could force patent litigation losers to pay the legal bills of the winning party, as well as require patent-infringement lawsuits to provide details about which patent is being violated.

While Apple and Microsoft oppose the patent system changes, it should be noted that several other tech companies support the legislation, including Google (NASDAQ:GOOG) and Cisco (NASDAQ:CSCO). Although Apple railed against PAEs in in two friend-of-the-court briefs uncovered by the Los Angeles Times earlier this year, the iPhone maker has also aggressively sued companies that it believes are violating its intellectual property rights.

In this sense, Apple may be worried that the new legislation could impede its own patent assertion efforts against rivals like Google and Samsung (SSNLF.PK). Apple and Samsung are currently engaged in a patent-infringement trial over technologies found in Google’s Android operating system.

Apple is also a backer of Rockstar, a major intellectual property licensing consortium that is jointly operated by Apple, BlackBerry (NASDAQ:BBRY), Ericsson (NASDAQ:ERIC), Microsoft, and Sony (NYSE:SNE). As noted by Bloomberg, Rockstar has filed patent-infringement lawsuits against several major manufacturers of Android-based smartphones in what is widely regarded as a proxy war against Google’s Android.

“As director of the USPTO, I saw firsthand the significant role the patent system plays in encouraging inventors, promoting investment in innovation, and creating jobs,” noted Partnership for American Innovation’s Kappos. “Now is not the time to gamble with America’s innovation engine — once patent protections are eliminated, they cannot be restored.”