Apple Plans Biggest iPhone Launch Ever With All Eyes on Fall 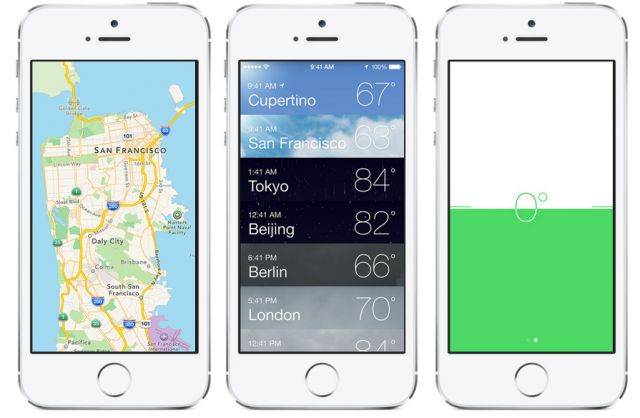 Apple (NASDAQ:AAPL) seems to be gearing up for an eventful fall with what will be the company’s largest iPhone launch by far. The Wall Street Journal reports that Apple has asked its suppliers to manufacture between 70 and 80 million units for the initial production run of the iPhone 6, which is expected to release with two different models, with 4.7-inch and 5.5-inch displays. Apple’s initial order for the launch of the iPhone 5s and 5c last year totaled between 50 and 60 million, and the company is betting that consumers will be attracted to the new iPhone by the larger screen size, a feature that currently draws consumers to phones by competitors like Samsung (SSNLF.PK) and others manufacturing phones that run Google’s (NASDAQ:GOOG) Android operating system.

In May, 98 percent of Android smartphones sold globally at a price point of $400 or higher featured a display measuring larger than 5 inches. Apple’s iPhone 5s and 5c have 4-inch displays. Samsung, however, has reported three straight quarters of falling earnings due to unsold smartphones. In emerging markets, competitors like Lenovo (LNVGY.PK) and Xiaomi offer intense competition.

The Wall Street Journal reports that sources “familiar with the matter” expect the iPhone 6 models to feature metal cases similar to that of the iPhone 5s. The phone will also reportedly be available in multiple colors. The phone will represent a departure from Apple’s strategy of staying with smaller displays even as competitors and consumers moved toward larger phones.

Unnamed sources noted that Apple’s display suppliers “are struggling to improve the production of the larger 5.5-inch screens.” The article explains the complexity of the technology: “The production is complicated because the displays are using in-cell technology, which allows the screens to be thinner and lighter by integrating touch sensors into the liquid crystal display and making it unnecessary to have a separate touch-screen layer.” In addition, the possibility of the larger screen employing sapphire crystal would further complicate the manufacturing process.

Both to account for the possibility of a higher fail rate for the new displays and to bolster its supply chain, Apple has reportedly asked component suppliers to prepare for demand for up to 120 million iPhones by the end of the year. That echoes a similar request last year to provide components for up to 90 million iPhones, though the figure is still very high when compared to last year’s numbers. Apple expects strong demand from its partnership with China Mobile (CHLKF.PK), which began offering the iPhone this year. Large screen phones are popular in China as well as in the U.S., and The Wall Street Journal notes that in emerging markets, the smartphone replaces the computer as some consumers’ primary computing device.

As The Wall Street Journal points out, Apple’s planning of its yearly initial production run of each new iPhone model demands “a delicate balancing act” between ordering too many phones and ending up with excess inventory, and ordering too few to satisfy customer demand during the busy holiday season.

Last December, Apple struggled to supply enough iPhone 5s units, and also to sell enough iPhone 5c units. Apple chief executive Tim Cook has warned about the complexity of the supply chain, and noted that it would be impossible to gain insight into broad implications for Apple’s business from a single data point from suppliers.

The iPhone may already be experiencing manufacturing delays. Though Apple suppliers Pegatron (PGTRF.PK) and Hon Hai Precision Industry (HNHPF.PK), also known as Foxconn, are hiring large numbers of workers, sources report that they won’t begin mass-producing the 4.7-inch model until next month. Foxconn will reportedly begin producing the 5.5-inch model in September. Apple is expected to build up inventory ahead of the new year, when production capacity drops during the Lunar New Year, in February.

Both investors and consumers are looking toward fall. With the launch of the iPhone 6 widely anticipated, it’s expected that many consumers have waited to upgrade from older iPhone models until the new phone is launched. Additionally, Cantor Fitzgerald’s Brian J. White pointed out in a note following Tuesday’s earnings call that investors look with anticipation toward the fall, and the opportunities new launches and partnerships represent for the company:

“In our view, tonight’s conference call is of much less significance than past quarterly reports, as we believe investors are more focused on the “Fab Fall” launch (e.g., iPhone 6, “iWatch”, etc.), the ramp with China Mobile, and the company’s broader push into the enterprise market with IBM (NYSE:IBM).”

Wells Fargo analyst Maynard Um also noted that the June quarter was a “more or less status quo quarter to now set up for anticipation heading into new product launches.” Um wrote that the anticipation of consumer demand for new products is expected to determine the direction of Apple’s stock, and Wells Fargo worries more about the iPhone’s gross margin than its unit demand.

Additionally, Piper Jaffray analyst Gene Munster projects that profitability will improve after the cycle of product launches: “We believe the strength in gross margin in the June quarter will serve as a reassuring data point for investors as we enter what will likely be a couple quarters of sequential declines in gross margin. For the Sep-14 quarter we are modeling of 37.5 percent and 35.5 percent in Dec-14. For Mar-15, we have gross margins increasing to 36 percent.”

Given Apple’s September quarter guidance, analysts believe that the iPhone 6 will launch late in September. Until then, both consumers and investors will continue to look for any hint as to what is to come, though Apple, always secretive about new products until its release, is sure to remain tight-lipped while readying the iPhone 6, iOS 8, and a possible first step into a new category — the smartwatch — for the world to see.