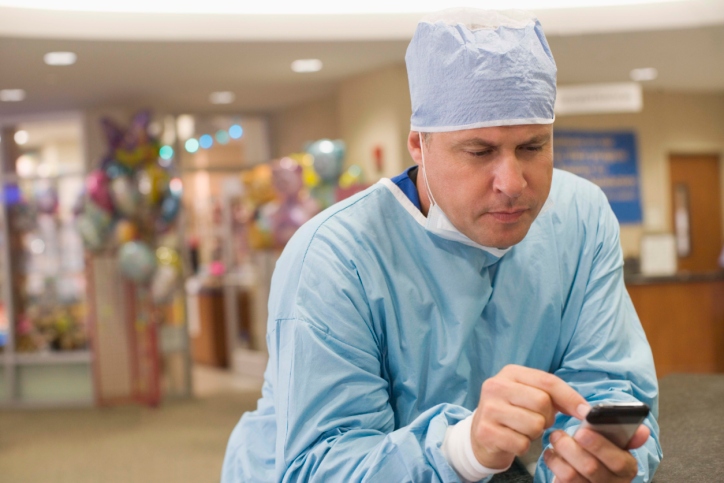 Apple made headlines this week with the news that it’s launching its first medical trials of HealthKit in an important partnership with Stanford University and Duke University. These are just two of the assortment of partnerships that Apple has launched to pave the way for HealthKit to be integrated into various parts of the health care system. Christina Farr reports for Reuters that Stanford University Hospital and Duke University are launching medical trials with patients using Apple’s HealthKit, a framework that will enable integrated health apps and devices to share their data with the Health app and with each other.

In August, Farr reported that Apple was in talks with healthcare providers at Mount Sinai, the Cleveland Clinic, Johns Hopkins, and Allscripts. At the time, the company had already disclosed partnerships with Nike, Epic, and the Mayo Clinic, which has developed its range of mobile apps. So who are all of these partners that Apple is working with on HealthKit? What do they bring to the table, and what do these collaborations mean for what HealthKit will do in the near future?

Stanford University Hospital doctors will use HealthKit to track blood sugar levels in children with diabetes, and Duke University will track blood pressure, weight, and other metrics in patients with cancer or heart disease. Reuters notes that the goal of the pilot programs is to improve the accuracy and speed of the reporting of health data, and Apple aims to eventually work with healthcare providers and hospitals across the United States.

It’s been previously reported that Apple is in talks with other U.S. hospitals, but Stanford Children’s chief medical information officer Christopher Longhurst told Reuters that Stanford and Duke were among the farthest advanced. Longhurst said that in Stanford’s first trial, young patients with Type 1 diabetes will use an iPod touch to monitor blood sugar levels. HealthKit will act as a link between monitoring devices and the medical records systems used by doctors, like the one provided by Epic Systems, one of the partners that Apple has already announced.

Medical device manufacturers are also participating in the Stanford and Duke trials, with DexCom, the maker of blood sugar monitoring equipment, in talks with Apple, Stanford, and the FDA about integrating with HealthKit. Dexcom’s device measures glucose levels with a sensor inserted under the skin of the abdomen. The sensor transmits data to a handheld receiver, which works with a blood glucose meter.

The meter, in turn, sends the information to DexCom’s app, which, when run on an iPhone, can share that data with Apple’s Health app, and other mobile apps, through the HealthKit framework. The data can be uploaded from HealthKit into Epic’s MyChart application and viewed by a physician.

Apple’s partnerships with major hospitals and clinics will see HealthKit being trialed as a patient data resource for healthcare professionals, though few details have been provided on exactly how these hospitals are testing out the platform. The Cleveland Clinic’s associate chief information officer William Morris told Reuters that the clinical solutions team is experimenting with HealthKit’s beta and providing feedback to Apple, and Mount Sinai, a teaching hospital in New York, and Johns Hopkins, an academic medical center in Baltimore, are known for their high standards in clinical care, research, and education.

The many major health systems that use Epic’s electronic health records software will reportedly be able to integrate health data from HealthKit into the provider’s personal health record, called MyChart. Allscripts, another medical records provider, has also been reported to be discussing HealthKit with Apple, suggesting that HealthKit may soon be available for integration with the systems used by Allscripts clients, as well. As Mobile Health News points out, Allscripts also has a history of experimenting with mobile apps, APIs, and integration with patient-generated data, partnering with WellDoc’s mobile DiabetesManager, predecessor to its BlueStar product, in 2010.

Nike was one of the first examples that Apple gave when it introduced iOS 8 and the Health app to the world. Apple noted that Nike+ apps will be able to use the metrics recorded by other apps and devices, and shared via HealthKit, to look at a broader picture of users’ sleep and nutrition, and help them use that information to achieve better athletic performance.

Kaiser Permanente, a healthcare consortium comprised of a nonprofit health plan, hospitals, and a network of medical groups, is reportedly piloting mobile apps that leverage HealthKit, and is expected to discuss a formal partnership with Apple. Kaiser Permanente uses Epic’s system of electronic health records, like the Mayo Clinic.

The Mayo Clinic, a renowned medical care and research center in Minnesota, is among the most high-profile partners with whom Apple is collaborating on tests of HealthKit. The clinic is reportedly testing a service that would leverage HealthKit to flag patients when the results recorded by their apps and devices are abnormal, prompting follow-up information and treatment recommendations.

Apple’s developer relations team has reportedly been working with iHealth Labs, the maker of specialized activity trackers and related apps. These devices, including blood pressure monitors, wireless scales, fitness trackers, a wireless pulse oximeter, and glucometers, could be among the first to integrate with HealthKit and be used by clinicians experimenting with the platform.

Prior to the unveiling of iOS 8 and the new Health app, Apple met with the FDA to discuss “mobile medical applications,” as reported by Apple Insider. The FDA said that it would work closely with Apple for the development of “future products,” likely including the just-announced Apple Watch, which Apple almost certainly intends to play a significant role in its new health ecosystem.

As with all things Apple, news isn’t really news until Apple has confirmed the speculation and rumors. But with important partnerships — including the latest with Stanford and Duke — confirmed, it’s becoming clear that Apple intends to push HealthKit to be a top choice both for clinicians and their patients. And while gaining traction with top clinics, hospitals, record system providers, and device makers will help pave the way for HealthKit and the Health app, Apple still has regulatory hurdles like HIPAA compliance and FDA regulations to contend with, which makes HealthKit’s play for wide adoption an even more robust challenge for Apple to tackle.