Apple Supplier in Vietnam Shuts Down Over Anti-China Protests 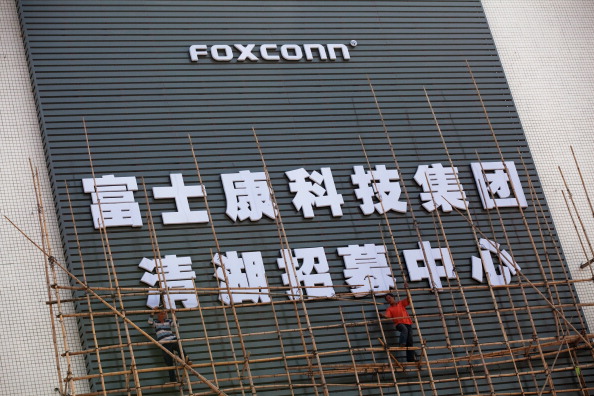 A Vietnam-based facility run by one of Apple’s (NASDAQ:AAPL) primary suppliers has been forced to shut down due to ongoing anti-China protests in the country, reports the Financial Times. Hon Hai Precision Industry – also known as Foxconn – announced that it was closing down operations in Vietnam for three days due to safety concerns related to the protests in Vietnam. “Foxconn has taken measures to ensure the safety of our employees following recent developments in Vietnam,” said the company in a statement obtained by the Financial Times.

The protests in Vietnam were sparked by China’s recent decision to move one of its oil rigs into waters off one of the disputed Paracel Islands. The move initiated a standoff between several Vietnamese and Chinese ships and led to massive protests in Vietnam. Although Vietnam claims the islands, China has effectively controlled them since 1974, noted the BBC.

Foxconn is the biggest contract electronics assembler in the world and makes products for many tech companies. However, its biggest client is Apple and the Taiwan-based manufacturer makes many of the company’s iPad and iPhone products. According to Apple’s latest supplier list, the Cupertino-based company used twenty-nine separate Foxconn facilities for the manufacturing of its various products in 2014.

Although the majority of Foxconn’s facilities are located in mainland China, Apple’s supplier list includes one Foxconn facility located in the Dinh Tram Industry Zone in Viet Yen, a rural district of Vietnam’s Bac Giang province. However, Apple’s suppliers typically do not reveal exactly what is produced at specific facilities, and it is unknown what impact the temporary closure of Foxconn’s facility in Vietnam will have on Apple’s overall supply chain.

Foxconn’s decision may prove to be a wise one after some of the anti-China demonstrations in Vietnam deteriorated into rioting and looting of factories earlier this week. According to the BBC, over a dozen foreign-owned factories were set on fire in Vietnam’s Binh Duong province on Tuesday as tensions between China and Vietnam continue to escalate. On Wednesday, a Chinese worker died in an attack on a steel mill.

Apple isn’t the only American company that has been affected by unrest in Vietnam. Factories that supply companies such as Walmart (NYSE:WMT) and Nike (NYSE:NKE) have also been forced to shut down in Vietnam due to the escalating violence, reports the Financial Times. Although some suppliers have recently restarted operations, many factories are worried that violence could erupt once again on Sunday, when more government-approved protests are expected.

Although the protests are ostensibly about China’s incursion into Vietnam’s territorial waters, the BBC noted that some of the protestors’ anger appears to be targeted more broadly at foreign companies that treat their workers unfairly.