Apple vs. Google: More Android Users, But More iOS Use 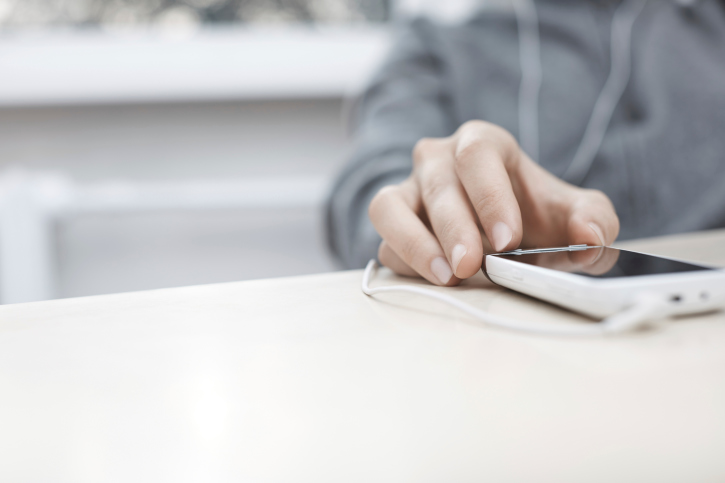 Do you use your iPhone more than your friend uses his Samsung (SSNLF.PK) Galaxy? If you’re talking about how much you browse the Web on your smartphone, it turns out that you probably do.

While Google’s (NASDAQ:GOOG)(NASDAQ:GOOGL) Android has long captured a higher market share than Apple’s (NASDAQ:AAPL) iOS, iPhone users use the Web more than Android users, generating more mobile Web traffic from iOS devices than Android users generate from devices made by Samsung, Google, Motorola, LG, and others. That trend continues to hold true in the U.S. and Canada.

A recent report from online ad network Chitika found that users of Apple and Samsung devices continue to drive the majority of smartphone Web traffic, but iPhone users accounted for a little more than half of the smartphone traffic seen by the Chitika Ad Network in July. Mobile Web traffic generated by iOS users came in at 52.3 percent of the traffic measured.

Chitika’s report notes that the North American smartphone market is very mature, so brands experience very low volatility. Samsung experienced the greatest growth in share of mobile Web traffic, growing from 25.2 percent in February 2014 to 26.4 percent in July — but levels of traffic generated by Samsung smartphones remain significantly lower than the traffic generated by Apple iPhones.

According to the report: “Smartphone market volatility in the U.S. and Canada is relatively low from a brand perspective. This should be expected, as North America represents one of the world’s more mature smartphone ecosystems, with recent figures pointing to more than 66% and 55% of mobile users owning a smartphone in the U.S. and Canada, respectively. For some comparison, recent estimates point to smartphone penetration being close to 31% globally.”

Chitika notes that it’s unlikely that Apple will cede first place to another brand anytime soon, as its share of mobile Web traffic is roughly double that of Samsung. Though quite far behind Apple and Samsung, other brands like LG, Nokia, and Google experienced growth in traffic share. Yet others like HTC and BlackBerry (NASDAQ:BBRY) experienced losses, and in those cases, usage share seems driven by success or lack thereof with flagship handsets.

The anticipated launch of the iPhone 6 is expected to boost the share of Web traffic generated by iPhone users; the release of two new models by Samsung could also boost its share. Additionally, Microsoft (NASDAQ:MSFT) and HTC are expected to launch higher-end Windows Phone devices, and the reception of those models could provide some insight into how successful Windows Phone will be after the platform surpassed BlackBerry earlier this year.

At the same time that Chitika’s numbers show iOS devices dominating North American mobile Web traffic, the picture on an international scale is different. Just last month, mobile Web traffic generated by Android phones pulled ahead of iOS traffic by a (very) narrow margin, and global usage of iOS fell slightly behind usage of Google’s Android for the first time.

Despite Android’s history of holding a majority of the global market share, the operating system has lagged behind the traffic generated by iOS devices, showing that while more people have Android phones, iPhone owners as a group complete more Web browsing than Android users. Statistically, the average iOS user uses his or her smartphone more – for Web browsing, at least – than the average Android user.

Research by Net Applications shows that from June to July, Android usage rose from 43.75 percent to 44.62 percent of “system share,” measured by monitoring the mobile traffic through Net Applications’ network, which sees 160 million visitors per month. Android’s global usage is a small margin ahead of iOS’s share of 44.19 percent, down from 45.61 percent in June.

Net Applications’ data make it clear that Android flagship phones released recently have been received well, and it will be interesting to see the numbers following the release of the new iPhone model (or models) in the fall.

It’s possible that iOS traffic will move back into first place globally, as Android’s lead is narrow and the iPhone 6 is widely anticipated. Even if Android keeps its lead in global Web traffic through the fall, it’s remarkable that the platform is just now catching up to iOS. And in North America, it looks like iPhone owners will continue to do significantly more mobile Web browsing than owners of Samsung smartphones — that may not change in part because Chikita is comparing Apple/iOS Web usage to the traffic generated by Samsung phones, which are only a part of the Android ecosystem, which as a whole is likely to get closer and closer to Apple’s share of mobile Web traffic.

Even though usage statistics have continually demonstrated that owners of popular Android phones do less Web browsing on their phones than iPhone owners do, it seems inevitable that Android’s large market share would eventually lead to it overtaking iOS in Web traffic. But the fact that it’s taken so long for Android to catch up likely points not only to differences in usage between owners of high-end phones running each operating system but also to the fact that while there are no truly low-end iOS phones, there are large numbers of low-end Android phones.

Users of those phones are likely to complete less Web browsing and consume less online content than users of higher-end phones, and in the long run, it will require looking beyond isolated data like Web traffic share to determine how successfully each ecosystem is performing.