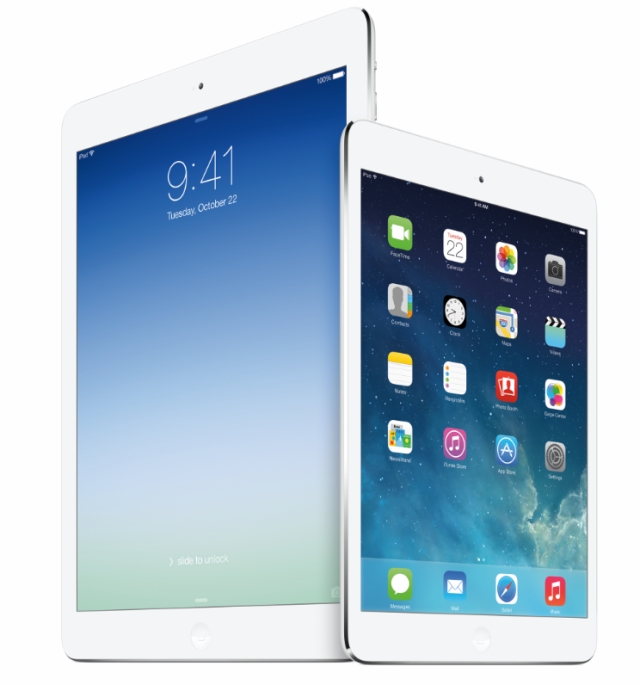 One key Apple analyst and a research firm expect sales of the iPad mini with Retina — unveiled a little more than three weeks ago at an Apple event held at Yerba Buena Center for the Arts Theater in San Francisco — will be low in the fourth quarter thanks to a limited supply and a low-key launch. Both KGI analyst Ming-Chi Kuo and Rhoda Alexander of IHS iSuppli have placed the production of iPad Mini tablets with Retina display at about 2 million.

As Alexander pointed out to CNET, “when you think about some of the releases where they sold that many iPads in a weekend,” that is not a lot. But, as Kuo wrote in a research note seen by AppleInsider, the just-released iPad Mini, which became available in the United States on Tuesday, will experience a “marked increase” in shipments in the next few months, gains that will come at the expense of the iPad Air, which could lose market share to its smaller counterpart. Furthermore, the iPad 2 — released in 2011 — will likely be discontinued in the first quarter of 2014 as a result of the new product releases.

In the fourth quarter of 2013, higher-than-expected sales of the new iPad mini sales plus iPad Air shipments will drive overall iPad shipments to 23.1 million units, which represents a 64 percent quarter-over-quarter increase. The holiday season, which typically pushes retail sales higher in the four-quarter, will contribute to that jump. Comparatively, without the seasonal boost and with slower sales of the iPad Air, shipments will drop to 13.3 million in the first quarter in 2014.

In particular, shipments of the larger iPad will drop from 10.5 million units in the fourth-quarter to 6 million units in the subsequent quarter, a 43 percent decrease that will come as the result of cannibalization from the iPad Mini Retina and what Kuo termed structural challenges” to the tablet sector. However, shipments of the iPad Mini Retina will increase 102 percent from the fourth quarter of 2013 to the first quarter of the next year, bringing total sales to 4.5 million units.

“We think current tablet products can, generally, sufficiently meet entertainment needs. As they are very cheap already, lowering prices won’t effectively stimulate demand,” Kuo wrote. “Only new applications, which will bring about new growth momentum, will be able to solve the structural problems the sector faces.”

After the October Apple event, Ovum analyst Jan Dawson praised Apple for adding advanced technology to the iPad Air, arguing that the new tablet was “a good enough boost to the previous version to trigger good upgrade sales and get iPad shipments growing again, which was a key objective for this launch.” The problem is Apple’s iPad pricing may not draw users away from lower-priced tablets operating Google’s Android platform.

“This is the clearest statement Apple could have made that it is only interested in competing in the premium tablet space,” he wrote in a research note acquired by CBS. “The yawning gap between the specs of the cheaper iPad Mini and iPad 2 and the new iPads signifies that it is only willing to compete at the lower price points with older models,” he continued. “This leaves a huge chunk of the tablet market unserved by Apple while others such as Google, Amazon, and a raft of others aggressively target the sub-$400 market. This reinforces our view that Apple’s share in tablets will continue to fall as Android’s share rises over the coming years.”