Android vs. iOS: How We Are the Biggest Difference 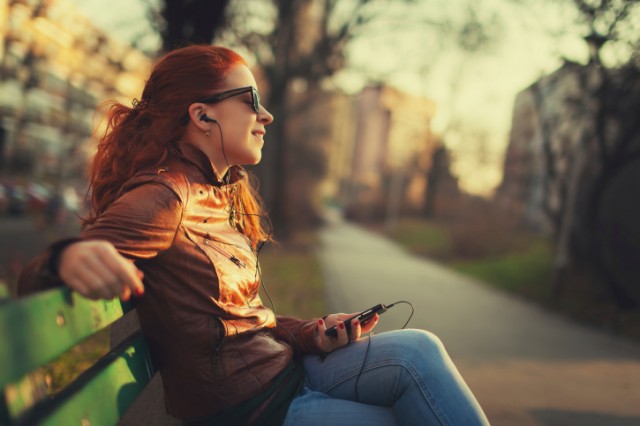 Ask a crowd of tech bloggers or even general smartphone users whether Android or iOS is better, will be more successful, or is headed for world domination, and you open a Pandora’s box of arguments that sooner or later devolves into name-calling. While a conversation pitting Google and Apple against each other is generally pretty fruitless, there’s one big difference between the two. Beyond design, functionality, security, and devices, there’s one interesting way to compare the two and look for insight into where each is headed — the type of user that each operating system attracts.

That sounds like a good thing for Google, but there’s a problem. The key differences in the users that iOS and Android attract play a part in how profitable each operating system is. Although you have to keep in mind that Android is open source and available for any manufacturer to use, while iOS is Apple’s only, and available exclusively on the devices that it manufactures, here’s how the differences in user base are important: Given that the average iOS user is more active than the average Android user, and iOS generates 85 percent more revenue for developers than Android, Apple dominates profit share despite Google’s global dominance of market share.

Glenn Gruber, an enterprise mobile strategist for Propelics, wrote in a community Innovation Insights post on Wired that Android stands to lose, in a big way, if Apple succeeds in its partnership to build enterprise apps and tools with IBM. What that debate is really about is the type of user that each mobile operating system attracts, and whether Google can reverse the trend of Android’s meager share of the smartphone market’s profit share. Gruber notes that Apple has historically owned about two-thirds of the smartphone market’s profit share, with Samsung generally owning the other third and other Android phone manufacturers accumulating losses.

Google’s strategy to reach the next 5 billion users sounds like a great way to make up for lost ground, employing the strategy of making up for less-than-ideal profit margins with a higher volume of sales. But the 5 billion people to whom Google wants to sell Android smartphones aren’t profitable customers in North America and Europe. Instead, they’re almost all in emerging markets, and many of them will have less buying power for high-end smartphones and premium apps than the 1 to 2 billion who have already bought smartphones.

Gruber’s logic is that if the first billion Android users haven’t been all that profitable for manufacturers or for developers, the prospects don’t look that great for the next billion. And with the launch of the iPhone 6 and iOS 8, Apple is expected to eliminate any gaps between iOS and Android, adding features like bigger screens, widgets, and custom keyboards, which have traditionally been cited as reasons for consumers to choose Android over iOS. While it’s impossible to predict whether those changes will see Apple winning over some of Android’s existing customers, that’s a very real possibility, and one that could further hurt Android’s profit margins in the future.

Additionally, Google’s plans to win billions of new users in emerging markets are challenged by foreign smartphone manufacturers like Xiaomi, a Chinese manufacturer looking to capture the same market that Google is after. By copying Apple’s designs and using a heavily modified version of Android — switching Google’s services out for its own — Xiaomi is putting further pressure on the pricing and therefore the profit margins of companies like Samsung, Motorola, and LG.

The last frontier for Android, and the only sector left that could still hold a large number of profitable Android customers, is enterprise. Few businesses have pushed deeply into mobile strategies, with only 34 percent having moved beyond mobile tools for email, contacts, and calendar, and even fewer having built their own portfolio of apps to reinvent their business processes. An IDC survey reports that only 16 percent of companies take an enterprise-led mobile strategy, and that’s a market that both Google and Apple want to pursue.

As we reported in July, Apple announced a partnership with IBM to develop industry-specific tools and mobile apps for the enterprise market, and to build a platform that combines cloud services, device management, security, analytics, productivity tools, and mobile integration. The collaboration will make it easier for companies worldwide to purchase, use, and manage iPhones and iPads, which will feature enhanced productivity, security, and device management thanks to the upcoming iOS 8 operating system.

Despite the lack of maturity in the mobile enterprise market, sales of the iPhone and iPad have gained momentum in large companies. iPhones account for 82 percent of smartphones used at U.S. corporations and 36 percent in corporations globally, while iPads account for 73 percent of tablets used at U.S. corporations and 39 percent globally. But because Apple has already achieved 98 percent iOS penetration with Fortune 500 companies and 92 percent with Global 500 companies, it doesn’t have a lot to gain, financially, from the partnership with IBM. However, IBM is a powerful presence in the enterprise market, and Apple still stands to benefit by increasing perception that iOS is integrated into powerful tools that are made for business.

Google, meanwhile, needs a tactic of its own to make sure that Apple doesn’t capture all of the profitable consumers of high-end tech. Not only does iOS have 67 percent of the enterprise market, with Android at 32 percent, according to The Next Web, but iOS scored as the most secure mobile operating system in a recent test by the Gamma Group, as reported by CNET. Since security is paramount to enterprise customers, Google and Android phone manufacturers are looking to make Android compete. That’s why Google recently acquired a device management startup called Divide, which provides an enterprise-friendly solution and will bolster Android’s security capability. Samsung, as well, has invested heavily in its Knox security platform, though the solution has yet to be widely adopted.

But potentially more interesting than security improvements, as vital as they are, is Google’s potential partnership with HP, first reported by The Information, to give the Google Now virtual assistant access to enterprise data. That integration with corporate databases and software, plus access to information from financial data to product inventory would essentially create an assistant that’s custom-made for each business. The idea is that employees will be able to ask the assistant for company data the same way they ask for weather or driving directions, and a digital assistant that’s compatible with enterprise apps and data could represent a huge advantage in Google’s battle with Apple for enterprise customers.

Another key advantage for Android, which iOS doesn’t have, is flexibility. While iOS users are more engaged and spend more on apps, by nature iOS is limited. It’s available only on the finite set of devices made by Apple, and can’t easily be modified for custom purposes. Android attracts general users who like the openness of the platform and the greater control that they have over their smartphones, plus the huge range of hardware that the open-source operating system can run on.

That flexibility could appeal to enterprise users, especially with improved security and the addition of a more capable, business-friendly virtual assistant. Companies could build an entirely unique experience on the devices that they provide to employees, tailoring everything down to the home screen to their specific needs and apps. That’s not something that Apple will enable enterprise customers to do, even with the apps and tools that it’s building with IBM. Because of Android’s global popularity with a wide range of original equipment manufacturers, businesses globally could turn to manufacturers to build Android devices to their exact specifications. The question will be whether Google can leverage that exposure into market share — and potential profit.

Even though iOS users have more spending power and higher loyalty to the iOS brand than Android users, now is the time for Google to tackle those challenges by building solutions for enterprise customers. It’s pretty clear that as the top mobile operating system globally, Android won’t see its profit share of the smartphone market driven by consumers increase dramatically anytime soon. But Google stands to turn Android’s flexibility into a major advantage for enterprise customers, and it will be critical for Android’s profitability that the company find a way to appeal to the profitable enterprise sector.