Apple Loses Another Round in E-book Appeal 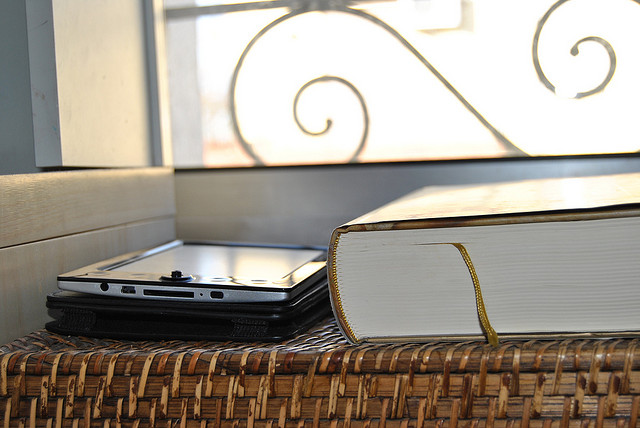 Last July, U.S. District Judge Denise Cote ruled that Apple (NASDAQ:AAPL) had conspired to raise the retail price of e-books along with five publishers — Lagardère’s (LGDDF.PK) Hachette Book Group, News Corp.’s (NASDAQ:NWSA) HarperCollins, Verlagsgruppe Georg von Holtzbrinck’s Macmillan, Pearson’s (NYSE:PSO) Penguin Group, and CBS’s (NYSE:CBS) Simon & Schuster. In her decision, the judge tore apart Apple’s six-pillar defense and noted that, “Plaintiffs have shown by a preponderance of the evidence that Apple violated the antitrust laws.” But that was not the end of the story; after the ruling was doled out, legal experts postulated that the iPhone maker could take the case all the way to the Supreme Court. So far, Apple has taken its fight against price-fixing conspiracy charges to a federal appellate court.

But on Monday, the company was handed a setback. A three-judge panel of the United States Court of Appeals for the Second Circuit of New York denied Apple’s request to put the investigation of court-appointed compliance monitor — Michael R. Bromwich, a Washington lawyer — on hold. The brief court order — obtained by Reuters — allows the monitor to continue examining Apple’s antitrust compliance policies while the company pursues a campaign to remove him from the appeal case entirely.

However, the one-page court document did implement limits of the lengths to which Bromwich can go in requesting documents and interviews with Apple employees. According to the ruling, his job is to ensure the company has created procedures to comply with antitrust laws, and that Apple executives and board members “are being instructed on what those compliance policies mean and how they work.” His role is not to “investigate whether such personnel were in fact complying with the antitrust or other laws.”

Those limits and guidelines are consistent with the trial court’s initial order and recommendations made at a hearing last week by lawyers for the federal government, the appellate court stated, according to the New York Times. It was the Department of Justice that brought the initial lawsuit. ”Today’s ruling makes abundantly clear that Apple must now cooperate with the court-appointed monitor,” Department of Justice spokesperson Gina Talamona told Reuters.

In October, Bromwich was appointed as monitor by Cote in response to the guilty ruling handed down earlier in 2013. Then in January, she denied Apple’s motion that sought to suspend the monitor provision of the injunction while it appealed its guilty verdict from last year’s e-book price-fixing trial. Apple accused Bromwich of “conducting a roving investigation that is interfering with Apple’s business operations, risking the public disclosure of privileged and confidential information, and imposing substantial and rapidly escalating costs.” Bloomberg later reported that a federal appeals court judge temporarily removed Bromwich from his position until Apple brought its appeal before the appellate court.

The iPhone maker has argued that the court-appointed compliance monitor is unwarranted and unneeded because the company has already set in motion a plan to ensure its pricing policies comply with federal antitrust laws.