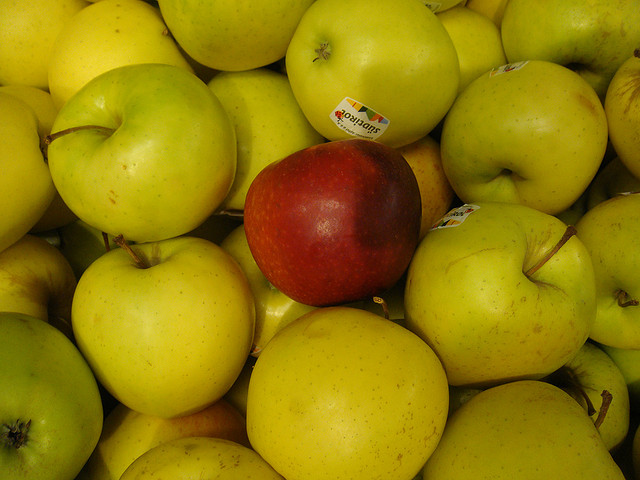 Will Apple (NASDAQ:AAPL) be able to keep up with Samsung’s (SSNLF.PK) increasingly large device subsidies? A new study from market research firm ABI Research reveals that the average US implied subsidy for Samsung devices is 84 percent.

In contrast, Apple has a 74 percent average implied subsidy and HTC has an 80 percent implied subsidy. However, the study also notes that the absolute value of the subsidy for the average Apple product is actually $110 higher than subsidies for comparable devices from its competitors. 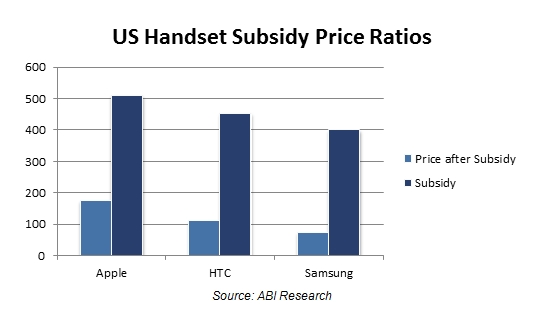 It’s a well-known fact that an OEM will usually partner with a wireless carrier in order to create a lower overall entry cost for customers buying a smartphone. Most markets subsidize the actual cost of a device by having the customer sign a service contract.

However, device manufacturers and their carrier partners are increasingly resorting to “highly tactical methods” in order to keep prices low enough for consumers. “Samsung continues to squeeze its competitors at every turn. The Samsung Galaxy SIV is now considered on a par with Apple’s iPhone 5. Coupled with better subsidy, the breadth of its device portfolio, increasingly savvy marketing, and its excellence in channel execution, it is little wonder Samsung is dominating the mobile handset market from top to bottom,” states chief research officer Stuart Carlaw.

ABI Research senior practice director for devices, Nick Spencer, notes an overall market trend towards low-cost devices. “The smartphone market in particular is entering a new phase focusing on execution and price, rather than innovation and value. Samsung’s scale and supply chain excellence is allowing it to put its competitors under increasing price pressure and win market share. This is a major concern for the rest of the market, especially for smaller, less efficient vendors, as margins will be squeezed and overall market value reduced,” states Spencer.

A trend towards low-cost and low-profit devices could also have a greater impact on Apple than its competitors, since the Cupertino-based company is particularly focused on the high-end device market. Here’s how Apple has traded today.