According to new research from Chitika, Apple (NASDAQ:AAPL) customers have been adopting iOS 7 for their iPhones and iPads at a faster rate than they did iOS 6, and the firm believes iOS 7 adoption will continue to top the rates seen by iOS 6 in the coming months.

In North America, iOS 7 usage has reached 74.1 percent of iOS-based web traffic since the update was released on September 18. That adoption rate has lead Chitika to conclude that iOS 7 will continue to grow faster than iOS 6, which reached the 83 percent mark after six months following its release in September 2012. 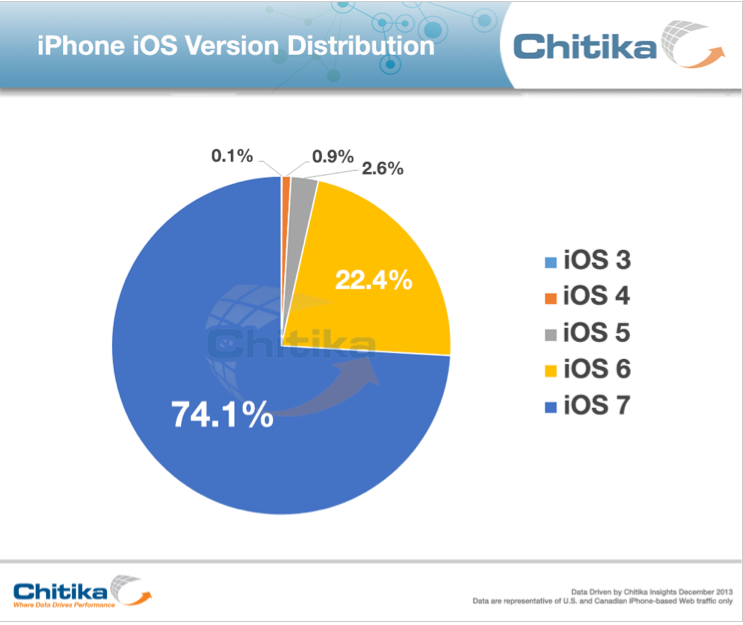 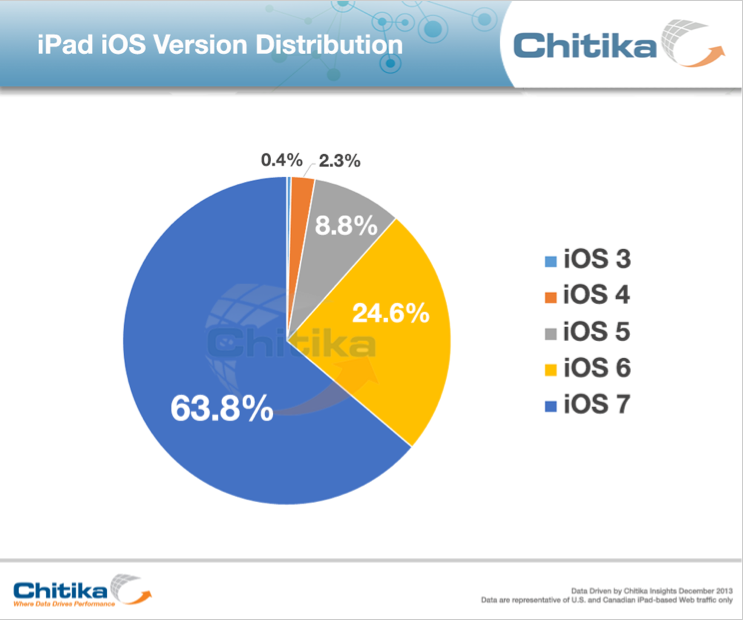 High adoption rates for iOS updates are a key part of Apple’s ability to draw app developers to the company’s platform. “The latest analysis again underscores that iPhone users, and iPad users to a lesser extent, update at extremely high rates, acting as a distinctive selling point when it comes to attracting application and mobile Web developers to the platform,” the firm said.

Recent research has also found that while iOS is not the dominate smartphone operating system, it does tend to drive the most mobile e-commerce. Data analyzing mobile sales on Black Friday found that 82 percent of the purchases made via mobile on the biggest shopping day of the year came from iOS devices. Users of iOS are also found to spend more than shoppers using other platforms.

Even though iOS devices were shown to only account for 12.1 percent of the global smartphone market in the third quarter according to research from Gartner, user engagement with iOS is strong and will continue to make the platform appealing for developers.

Don’t Miss: Having Problems With the iPhone 5S Touch ID?