Apple Will Pay for Your Old iPhone 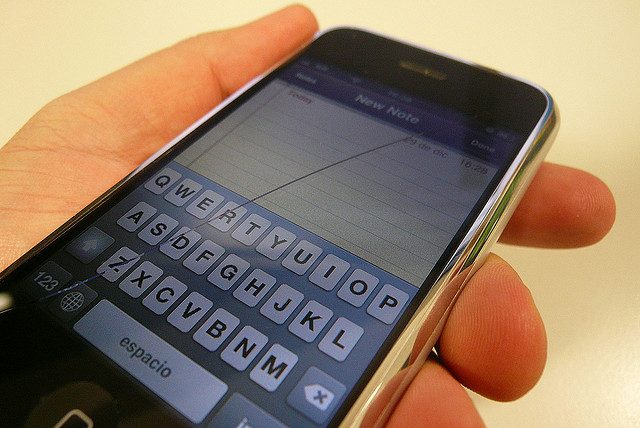 Although the source did not specify how much Apple will pay for used iPhone 4 and iPhone 4S models, AT&T (NYSE:T) currently offers as much as $200. Apple will probably offer similar terms since AT&T’s trade-in program is also managed by Brightstar. This may allow some customers to purchase the latest iPhone without a down payment.

Although Apple does not usually directly deal in refurbished phones, it may be trying to boost the sales of its flagship device after a recent report from Canaccord Genuity revealed that the iPhone 5 was outsold by Samsung’s (SSNLF.PK) Galaxy S4 last month. In order to keep the older used iPhone models from cannibalizing sales of the iPhone 5, the used devices are typically resold in emerging markets where there is a high demand for older-generation iPhones.

Although Apple currently buys its old mobile devices back through a mail-in program, this new initiative will allow consumers to instantly receive credit without having to mail in their old iPhone or iPad. It may also give the iPhone 5 sales a bump before Apple’s expected release of the next iPhone later this year.

Here’s how Apple has been trading so far this week. 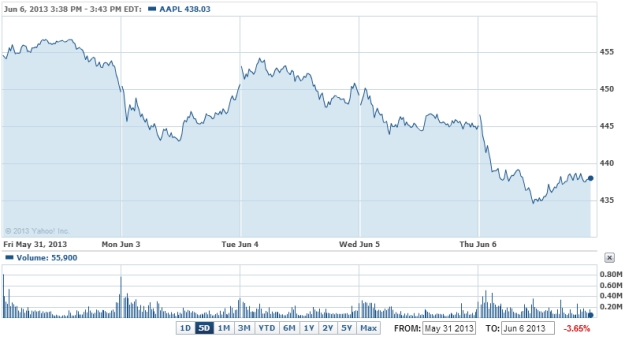