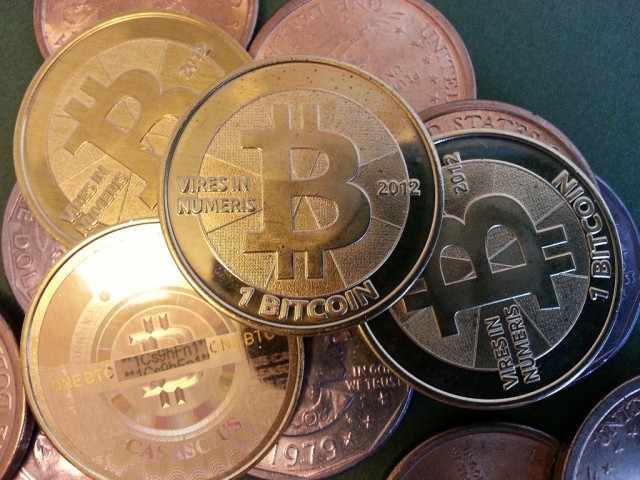 Will Apple’s (NASDAQ:AAPL) recent decision to remove a popular Bitcoin app from the App Store come back to haunt the company?  Apple recently pulled Blockchain, an iOS app that allows users to transmit and receive bitcoins, from its App Store. Apple cited “an unresolved issue” as the reason behind Blockchain’s withdrawal in an email to Blockchain.info CEO Nicolas Cary, reports Bloomberg.

Other Bitcoin enthusiasts have expressed their displeasure with Apple in more demonstrative ways. Several iPhone owners posted videos depicting themselves destroying their devices in protest of Apple’s decision. In one video that can be seen below, an iPhone owner explained why he was destroying his iPhone 5 and switching to another platform. “I am very pro-Bitcoin and I would like to switch to a device that is pro-Bitcoin,” he stated before shattering his iPhone with a tire iron.

Apple has long been accused of being “anti-Bitcoin,” since Blockchain is not the first Bitcoin app that Apple has booted from its tightly-controlled App Store. As previously reported by TechCrunch, Bitcoin trading platform Coinbase had its iOS app pulled from the App Store last November. Similar to Blockchain, Coinbase allowed users to transmit and receive bitcoins through a virtual “wallet,” as well as check their account balances. Apple also recently removed Bitcoin payment app Gliph from the App Store, although a version without the ability to send bitcoins was later allowed back into the App Store.

Bitcoins are a virtual currency that is created through a cryptographic computer process known as mining. Although the currency is being accepted by an increasing number of businesses, it has also been associated with illicit black market transactions and its legality has been called into question by the Chinese and Indian governments. As noted by the Guardian, Apple has previously referred other Bitcoin app developers to an App Store guideline that states, “Apps must comply with all legal requirements in any location where they are made available to users. It is the developer’s obligation to understand and conform to all local laws.”

In this sense, Apple is risking very little backlash by eliminating Bitcoin apps from its App Store. If the currency was more widely used and had the backing of more governments, Apple might be inclined to allow Bitcoin transactions in its ecosystem. It should be noted that Bitcoin already has a reputation for volatility due to speculators and its somewhat hazy worldwide legal status. As reported by TIME, the value of Bitcoin fell dramatically on Friday after Bitcoin exchange Mt.Gox halted trading due to technical issues related to an “increase in the flow of withdrawal requests.”