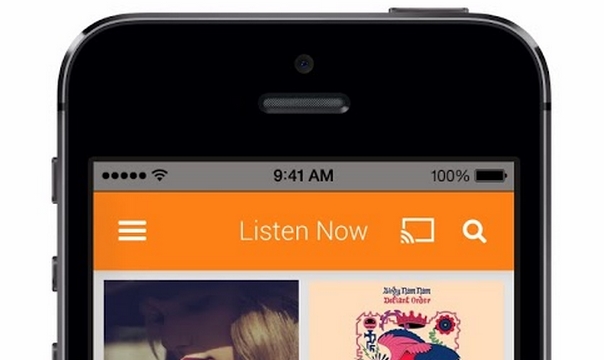 Google’s (NASDAQ:GOOG) Play Music app has finally arrived on Apple’s (NASDAQ:AAPL) iOS platform, albeit with a few fewer features than the Android version. Although the Google Play Music app for iOS still features unlimited music streaming and the “Explore” recommendation feature, it is missing the “I’m Feeling Lucky” radio station that creates an instant playlist for users based on their preferences.

However, the most obvious missing feature in the iOS version of Google’s music streaming app is the ability to make in-app song purchases. Google likely eliminated this feature for iOS because of Apple’s App Store policy of taking a 30 percent cut of all in-app sales. According to The Verge, Google didn’t even try to haggle with Apple over its commission policy.

Google’s decision to not include the in-app purchase option for Google Play Music for iOS also means that users can’t subscribe to Google’s All Access subscription plan directly through the app. However, users can still buy songs or subscriptions for the iOS-based app via the web. Although Google already allows users to store up to 20,000 songs for free online, the All Access subscription gives users access to a library of millions of songs for $9.99 a month.

Google first announced the Google Play Music app for iOS at the last All Things D conference in May of this year. “A couple weeks from now we will launch Google Play Music All Access for iOS, the teams are working like crazy to do it,” predicted Google operating system head Sundar Pichai.

However, Google encountered several unexpected delays, including the need for extra time to integrate the app with Chromecast. “It just took us a little longer than we thought to bring it up to the level of polish expected from Play Music and iOS apps,” Google Play Music product manager Brandon Bilinski told The Verge.