Are Apple Shares Rotten After the 7:1 Split? 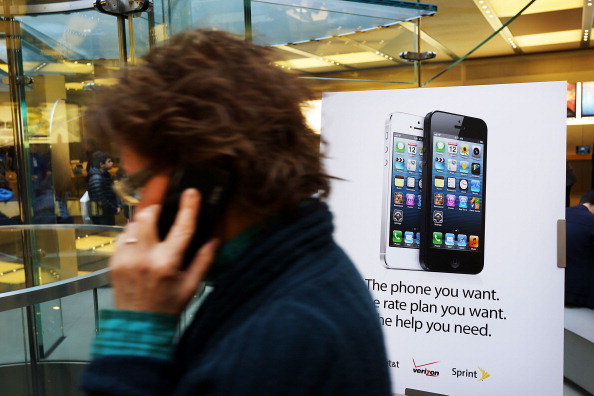 Back when Apple (NASDAQ:AAPL) announced that it would be splitting its stock 7:1 — meaning that for every 1 apple share that you owned you would own 7 after the split — I suggested that it was probably a good idea to buy the stock despite the fact that it had risen 8 percent the prior day on positive earnings.

Since then, the stock is up 16 percent. However, I also suggested that investors should sell their positions around the time of the split. My reasoning had to do with the psychology of stock splits and how traders try to game this phenomenon. In this article I provide an update to my initial thesis, which is playing out thus far.

The reason I said that the stock would rise into the split was that there is a general market belief that stock splits entice investors. Psychologically, it is more satisfying to own more shares of a stock even if they are trading at a lower price. Furthermore, companies split their stocks because these stocks have risen, and investors tend to want to own rising stocks.

With this being the case, the so-called “smart money” will try to front-run this anticipated interest in a stock after it splits, and they will bid up the shares. However, once the split occurs, the trade is over and they sell. So I suggested that Apple’s stock split could have a negative impact on the share price after traders drove it up into the split.

There are several historical examples of this happening, and I cite Mastercard (NYSE:MA) as an example. Recall that Mastercard announced a stock split late last year. The shares soared prior to the 10:1 split. Right around the time of the split earlier this year, the shares peaked, and they have been in a corrective or consolidative phase ever since.

So far, the first half of the thesis is playing out for Apple; the stock has risen 16 percent. But now the shares have split. Furthermore, there is a lot of bullish sentiment surrounding the stock. For instance, the San Jose Mercury News is reporting that the stock may rise after the split; again, this is the sentiment that I foreshadowed. Another example is found at CNBC, which polled over 19,000 of its readers and asked them if they would buy Apple stock under $100/share. As I write this, 74 percent said they would.

While these are not scientific or conclusive they point to a fact that is pretty clear: investors are bullish of Apple, and the split is at the very least drawing attention to the stock. This seems to be a great contrarian indicator that suggests that it is time to sell — at least in the near-term. The shares have risen from 14-times earnings to 16-times earnings in a matter of weeks. Also, the dividend is down to just 2 percent, which is better than the S&P 500 but hardly impressive.

Finally, Apple has had a problem with innovation. Investors bid up the stock in the past as Steve Jobs used to get on stage and show off his latest invention — the iPhone, the iPod, the iPad, and so on. But this has utterly disappeared. True, the company continues to show off its new products, but these new products are nothing more than modified old products. They are smaller, faster, and cooler, but Apple is no longer introducing the game-changing products that it used to, and we have been waiting for Apple TV and iWatch for a long time now.

As a result, Apple has to deal with rising competition. These competitors may not be creating new markets the way Apple did under Jobs, but they are able to offer similar products to Apple at a fraction of the cost. This puts pressure on Apple to lower its prices, and it eats into the company’s growth.

As a result, Apple is not an exciting investment anymore. It is a “value” stock that doesn’t really offer deep value at 16-times earnings. At best, we can hope for a new innovation. But considering the enormity of the company, which has a $565 billion market capitalization, even an incredible innovation won’t move the needle to the extent necessary to generate the growth we saw in the past. This is the problem — Apple’s growth is in the past, and it can’t get it back.

With that being said the trade is probably over, or almost over, in Apple shares. It has had a great run over the past few weeks, but I wouldn’t expect the portfolio changing performance in Apple shares that we once saw. Therefore, the risk is to the downside and it is time to sell Apple.

Disclosure: Ben Kramer-Miller has no position in Apple or in any of the stocks mentioned in this article.