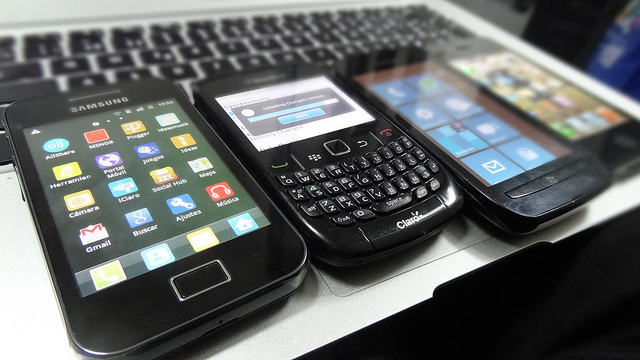 Shares of BlackBerry (NASDAQ:BBRY) closed Thursday’s regular session up 3.14 percent at $6.25 per share, but the stock was volatile after the wireless company reported third-quarter fiscal 2014 results. Revenue fell 24 percent on the quarter and 56 percent on the year to $1.2 billion, below the mean analyst estimate of $1.59 billion. Adjusted losses from continuing operations fell to 67 cents per share, below the mean analyst estimate of 45 cents per share. Unadjusted, GAAP losses came in at $8.37 per share, due largely to about $4.3 billion in pretax non-cash charges against assets, inventories, and supply commitments.

The results may have been worse than expected, but it’s not all bad news for BlackBerry. For one, restructuring appears to be well underway. BlackBerry will be reorganizing itself into four operating units — Enterprise Services, Messaging, QNX Embedded business, and the Devices business — which will “drive greater focus on services and software, while establishing a more efficient business model for the Devices business,” according to a company statement.

BlackBerry also added LG to the list of original equipment manufacturers that preload BlackBerry Messenger, and the QNX Embedded business is scheduled to “unveil new technology in automotive and cloud services at the 2014 International Consumer Electronics Show in January.”

Along with money, BlackBerry has been losing employees and executives left and right. The company announced that it would be laying off as many as 4,500 employees in addition to the departure of former CEO Thorsten Heins. Heins was replaced by John Chen, who appears committed to a complete turnaround. Chen’s sentiment was well contained in letter he sent to enterprise customers, in which he wrote, “We are very much alive.”

The life-or-death status of BlackBerry may elude some market watchers, though. BlackBerry appears to be walking a thin line between relevancy and obsolesce as phone manufacturers like Apple (NASDAQ:AAPL) continue to do extremely well. While the smartphone market is large enough to support multiple players, BlackBerry’s onetime tertiary position looks like it will soon be claimed by Microsoft (NASDAQ:MSFT).