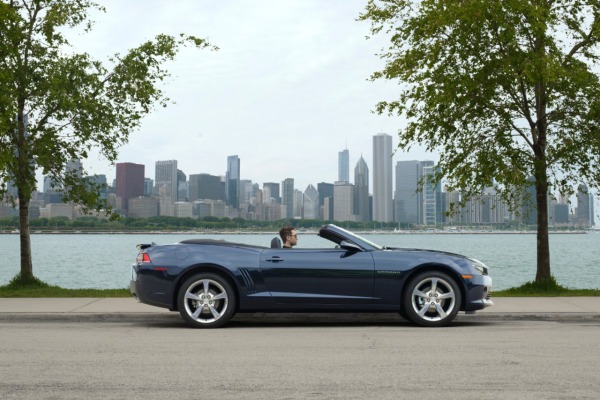 In the market for a 2014 Chevy Camaro, Cruze, Equinox, Malibu, SS, or Volt? Buying one of these models will bring Apple’s (NASDAQ: AAPL) Siri Eyes Free Integration system into your life, along with that car payment. The news came in a statement released Tuesday by General Motors (NYSE: GM). The cars will also have Chevrolet MyLink, an infotainment system previously seen with Siri in the Chevrolet Spark and Sonic.

The Spark and Sonic pioneered the way for Apple and Siri to break into automotive market. Announced last November by General Motors, the technology did not actually appear in its cars until February. Until then, AppleInsider writes, General Motors was just one of nine other companies that had promised to deliver the hands-free system.

The system has now been in place for several months, offering some time for customer feedback. That response was characterized in a press release as “remarkable” by Chris Perry, Chevy’s U.S. marketing vice president. Perry went on to say, “Siri complements MyLink’s existing capabilities to help deliver an incredible driving experience, so we’re excited to expand this to even more customers.”

What is involved in this service by Apple? By connecting an iPhone to MyLink and Siri Eyes Free, drivers can access iTunes to play music, make phone calls, have messages read to them, and dictate texts or iMessages. Car and Driver‘s coverage of Chevy’s extension of Siri offerings predicts that General Motors will add the capability to an increasing number of vehicles in the coming years based on the popularity of the system and Apple’s iPhone.

GM snatching up Siri before other companies had the chance to integrate the system was a stroke of luck. MyLink program manager Sarah LeBlanc spoke with Wired in April and explained that since General Motors was implementing pass-through voice recognition for MyLink, there was “no actual voice rec in the radio.”

This differs from how other companies approached voice recognition systems. When voice recognition is embedded in a car’s radio, LeBlanc went on to say, the process “becomes more complicated because you have two possible voice recs. That’s what’s taking the other [automakers] longer.”

GM may be the first, but it won’t be the last. BMW surmounted its compatibility glitches with Apple software and announced in June that by using Siri and BMW’s S-Voice integration system, drivers will be able to preform a variety of voice-commanded functions. Consumer Reports said in June that the features would be available in 2014 models and are the results of upgrades to the ConnectedDrive suite BMW offers.

Just as BMW worked through challenges to provide the option of using Siri to drivers, so will other companies, especially after the glowing reviews Chevrolet claims the system received. A wider array of options is good for consumers who want the technology and good for Apple’s business. Another platform compatible with the iPhone can help increase sales of future models, as well as a consumer’s daily use of the iPhone.