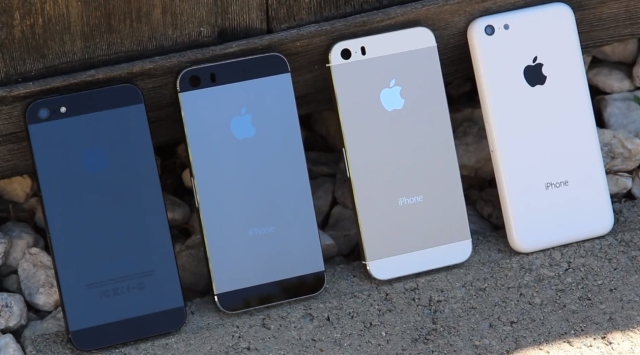 However, the graphite/gray-colored iPhone was only revealed this week by well-connected Apple researcher Sonny Dickson. In fact, Marsh states that he obtained the components “straight from some suppliers in China thanks to Sonny Dickson.”

The Apple rumor mill has been picking up speed as the expected iPhone launch date draws nearer. Sources cited by AllThingsD report that Apple will unveil its next-generation smartphones at a media event on September 10. Based on previous launch timetables, many commentators expect the new devices will hit store shelves by September 20.

However, Marsh notes that the first launch event is likely to focus exclusively on the two iPhone models. The next-generation iPad mini is expected to be launched later on at a separate event. Jim Dalrymple at The Loop also recently confirmed that the iPad mini 2 will not be at the September 10 event.

Apple is also expected to unveil a lower-cost iPhone 5C model alongside the flagship iPhone 5S. Several leaked images of this plastic iPhone suggest that the device will be available in various bright colors. Many analysts anticipate that the iPhone 5C will help Apple to greatly expand its market share in emerging markets, such as China.

Here’s how Apple has traded this week.