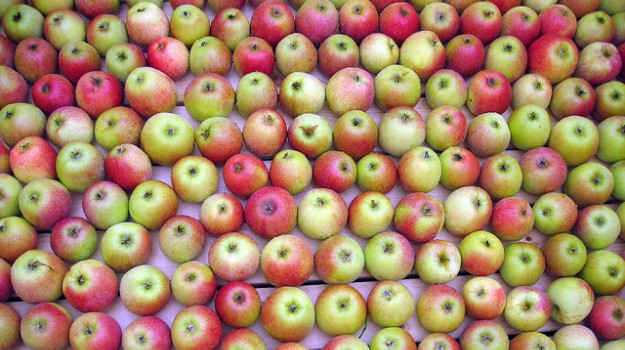 It’s a good day to be an Apple (NASDAQ:AAPL) investor. Soon after Apple revealed its record-breaking iPhone weekend sales numbers on Monday, the Cupertino-based company filed an 8-K form with the Securities and Exchange Commission that revised its previously provided earnings guidance for the fiscal 2013 fourth quarter.

Apple announced that it sold over nine million new iPhone 5S and iPhone 5C models during the three days since the devices were launched on September 20. This year’s sales numbers shattered last year’s record of five million iPhone 5 units sold in three days.

Although Apple did not disclose how many of each iPhone model it sold, the company noted that, “Demand for iPhone 5S has exceeded the initial supply, and many online orders are scheduled to be shipped in the coming weeks.”

Although Apple did not provide separate sales numbers for each market, it is possible that the addition of the Chinese market helped boost Apple’s overall iPhone sales numbers this year. It is also possible that the simultaneous release of two different iPhone models helped drive additional unit sales. Apple is closed up $23.23, or 4.97 percent, at $490.64. Here’s how Apple has traded over the past five trading sessions. 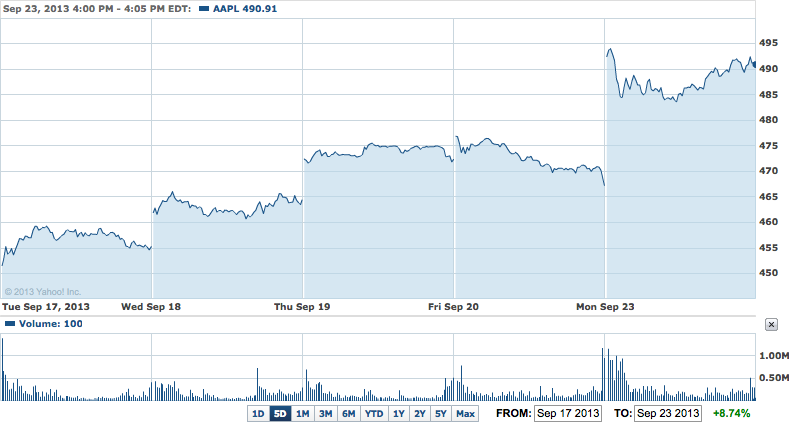