Is Apple a Real Threat to Pandora? 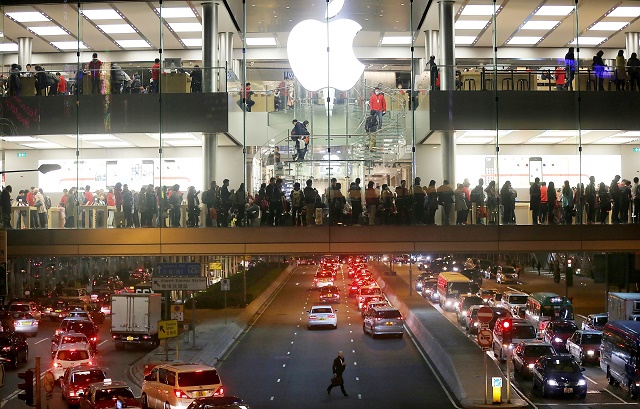 Last May, actor and rhythm and blues singer Tyrese Gibson posted a somewhat bizarre video onto his Facebook (NASDAQ:FB) page. The lede into the video simply stated “Apple = Beats $3.2 billion.” From there, the action cut away to Tyrese dancing and yukking it up, while rapper Andre Young, aka Dr. Dre, boisterously pointed at the camera. The video unwittingly announced that Apple was set to acquire Beats By Dre. Various copies of the clip were to appear on YouTube, after Tyrese removed the post from his Facebook page. The Facebook post may have been in violation of SEC Regulation Fair Disclosure. SEC Regulation FD stipulates that all pertinent information must be disclosed to all shareholders simultaneously.

On May 28, 2014, Apple (NASDAQ:AAPL) did issue a press release that confirmed it was set to acquire Beats Music and Beats Electronics for $3 billion. The $3 billion Beats deal actually broke down further into $2.6 billion in up-front cash and $400 million in stock options, which will vest over the next four years. Beats co-founders Dr. Dre and Jimmy Iovine both agreed to stay on at Apple, as part of the arrangement. Iovine, of course, is also the chairman of Interscope Geffen A&M and a celebrated music industry insider. Going forward, Apple’s increasingly aggressive forays into digital music now threaten to undermine the Pandora (NYSE:P) business model. Pandora may be an example of a Web 2.0 bubble stock.

Today, Apple may be most notable for its dominance above mobile. Successive reports out of both comScore and International Data Corporation have identified Apple and Samsung as leading handset and tablet manufacturers, according to market share and units sold. Apple closed out its latest 2013 fiscal year having generated $170.9 billion in revenue. Of this amount, the iPhone and iPad accounted for a respective $91.3 billion and $32 billion in 2013 total net sales. For the sake of comparison, the iPod tallied a mere $4.4 billion in 2013 operating segment revenue, which was a 21 percent decline off the prior year. For 2005, the iPod platform generated $4.5 billion, or 32.3 percent, of $13.9 billion in Apple total net sales. In effect, Steve Jobs leveraged his love of music to launch the remarkable turnaround of Apple.

The iPhone and iPad, of course, also convert into music players. Alternatively, Mac computers have become a ubiquitous staple of the music production and disc jockey scene. Be further advised that Apple iTunes, software, and services sales have remained at roughly 10 percent of company revenue for several years running. Apple has somehow managed to expand its reach, at the same time that executives actually encourage engineers to cannibalize in-house product. Going forward, Apple may leverage synergies between downloaded albums, iTunes Radio, Beats Radio, and rainmaker Jimmy Iovine to best serve the market. For example, Apple’s historical record of iTunes purchases may lay the groundwork for a computer algorithm that can stream musical selections in line with the tastes of a specific user.

Music aficionados, such as Mario Aguilar, have talked up Pandora as the pioneer of the Music Genome algorithm, which the man also described as “magic.” The praise for Pandora, however, was mostly attributed to the company of ten years ago. In his 2013 piece written for Gizmodo, Mario Aguilar went on to identify Pandora as the seventh-best subscription radio service on the market, behind the likes of Slacker, Google Play All Access, and top-ranked Rdio. From this point, Pandora is at risk of finding itself obsolete, with Apple set to sink its own formidable resources into an already crowded Internet radio genre.

In Q4 2008, The Federal Reserve Board lowered its federal funds rate to an unprecedented zero, amid a housing bust and credit crisis. Shortly thereafter, Federal Reserve and Treasury officials also added the terms Troubled Asset Relief Program (TARP), Term Auction Facility (TAF), and Term Asset-Backed Securities Loan Facility (TALF) to the American financial lexicon. In summary, Federal Reserve and Treasury officials have been coordinating large-scale efforts to purchase assets and inject liquidity into financial markets. By July 9, 2014, the Federal Reserve balance sheet had bloated to $4.4 trillion. Certainly, much of the excess liquidity has flowed into speculative stocks, such as Pandora, in what may now be described as a repeat of 90’s era “irrational exuberance.”

Pandora stock closed out the July 10, 2014 trading session at $26.16 per share. At these levels, Wall Street traders have applied a $5.3 billion market capitalization price tag onto Pandora. Pandora has not turned an annual profit throughout its time as a publicly traded corporation (Pandora went public on June 15, 2011). Last year, Pandora racked up $29.5 million in losses upon $654.8 million in fiscal 2013 revenue. Pandora cost of goods sold and revenue both exploded between 2011 and 2013. Pandora losses are the maddening result of the fact that this company has paid out more money in music publishing royalties, at the same time that its services gained in popularity.

For the sake of comparison, Apple has already generated $36.2 billion in cash flow from operations through the first six months of its fiscal 2014. Again, Apple maintains more than enough financial horsepower to further build out its own subscription and streaming radio services, largely at Pandora’s expense. As such, conservative investors should consider immediately selling out of Pandora shares, in order to avoid incurring severe losses over the course of the next twelve to eighteen months.