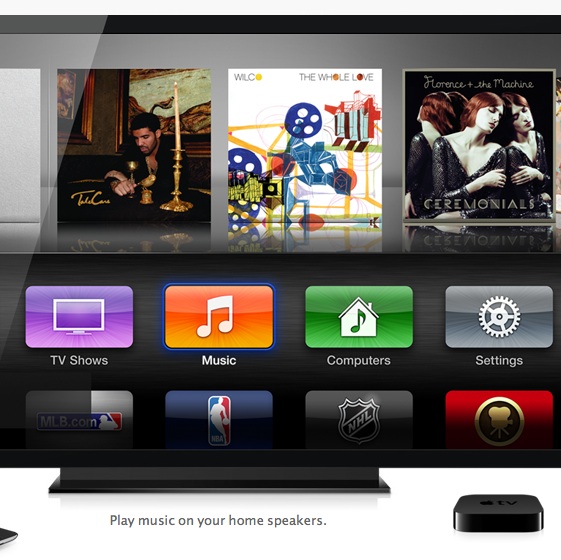 Apple (NASDAQ:AAPL) may be laying the foundation for a revolutionary new type of television set in direct negotiations with content owners reports Quartz. Apple is reportedly frustrated with the slow pace of discussions with cable companies and has decided to do an end run around them by dealing directly with the content providers.

According to Quartz’s unnamed sources, Apple has held discussions with Disney’s (NYSE:DIS) ESPN, Time Warner’s (NYSE:TWX) HBO, and Viacom (NYSE:VIA). Although these companies represent only a small fraction of the total content available through cable, Apple believes that it will only need a few premium content providers in order to establish a viable television set product.

However, the Apple TV device currently available is a digital media receiver that can be attached to any television set — the planned iTV device would replace users’ TVs as well as their cable boxes. This would utterly supplant the current content distribution system that is dominated by cable companies.

Despite this, Apple wouldn’t simply replace cable TV with a similarly structured delivery system. Quartz notes that Apple would likely organize content around apps, like it does for its current iOS-powered devices. This would significantly reduce the importance of cable companies as they would simply become another a la carte app option provided through Apple’s television product.

According to Quartz, both Apple and Viacom refused to comment on the report. However, ESPN spokesperson Chris LaPlaca stated that, “This is very, very exploratory in nature. There are no formal discussions taking place.”

Rumors of an Apple television set, or “iTV” have been around ever since Steve Jobs’ biographer Walter Isaacson reported that the late Apple CEO told him, “I’d like to create an integrated television set that is completely easy to use. It would be seamlessly synced with all of your devices and with iCloud. No longer would users have to fiddle with complex remotes for DVD players and cable channels. It will have the simplest user interface you could imagine. I finally cracked it.”

Don’t Miss: Can Samsung Avoid Another Trial With Apple?