Is Microsoft Trying to Recast Itself in an Apple Mold? 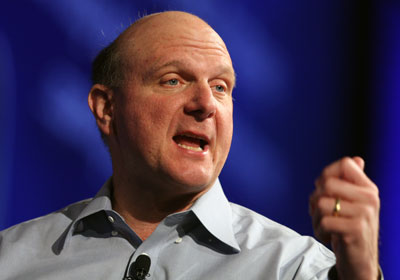 Can Steve Ballmer pull off a Steve Jobs-inspired reorganization of Microsoft (NASDAQ:MSFT)? In a company-wide memo titled “One Microsoft,” Ballmer outlines his vision for “focusing the whole company on a single strategy, improving our capability in all disciplines and engineering/technology areas, and working together with more collaboration and agility around our common goals.”

Part of this Ballmer’s plan involves reorganizing the company by function, rather than the typical separation of divisions by product or agenda. Fortune’s Adam Lashinsky notes that Ballmer’s proposed reorganization by function seems to be very similar to how Jobs organized Apple’s (NASDAQ:AAPL) company structure.

Most corporations have a divisional structure that often revolves around separate products or goals. Although this strategy can be effective for keeping a division focused on one particular product, it can also lead to disparate, even conflicting, goals across a corporation.

Jobs was a master at keeping his company focused on one unified message and brand across all of Apple’s products. Renowned Apple analyst Horace Dediu at Asymco points out that Apple has “no ‘product business’ ownership.” Instead, “Product is a ‘horizontal’ responsibility for which every function is partially responsible.”

Rather than being responsible for one particular product, Apple’s executives are responsible for “functions,” such as Design, that cut across product line boundaries. This sounds suspiciously similar to how Ballmer wants his employees to “see our product line holistically, not as a set of islands.”

It appears Ballmer is trying to fit Microsoft into an Apple-shaped box. However, it is not clear if what worked for Jobs can simply be transferred to another company. Lashinsky cites Stanford business professor Charles O’Reilly who believes that, “the unusual way Jobs ran Apple would only work for him.” In other words, the essential ingredient in Apple’s formula for success may have been its one-of-a-kind CEO.

Here’s how Apple finished out the week on Friday.