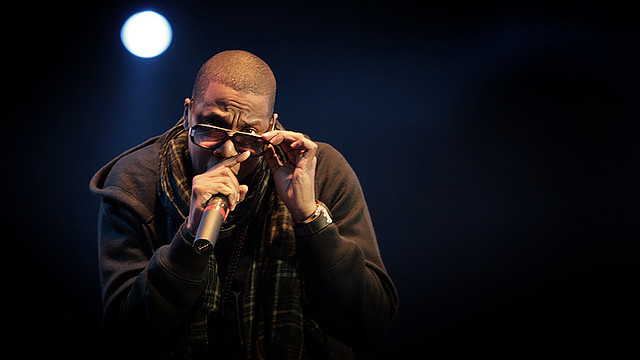 Jay-Z and Samsung (SSNLF.PK) are making it rain. Now that his wife has already taught us that “Girls Run the World,” Jay-Z is making sure that another tech company is running a different world — the smartphone world that is.

The iconic rapper is teaming up with Samsung to help the Korean company pull ahead in the smartphone footrace. And what is Samsung’s plan of attack? Offer 1 million Samsung Galaxy smartphone users an early release of Jay-Z’s upcoming album Magna Carta Holy Grail, of course.

You might’ve been clued into this partnership if you watched the NBA Finals game between Miami Heat and San Antonio Spurs on Sunday night. The commercial aired near the end of the second quarter, and featured Jay-Z with producer Rick Rubin and artist Pharrell Williams.

The three-minute video may not have completely explained Samsung’s game plan, but it hinted at a collaboration when the tech company’s tagline, “The Next Big Thing” flashed across the screen at the end.

Leaving viewers befuddled and also intrigued, the ad was purposed to alert consumer attention to Samsung’s latest offer. The company has purchased 1 million copies of Jay-Z’s new album — due to be released July 4 — and through an app that smartphone users will receive later this month, will gave them away to Galaxy customers 72 hours ahead of the album’s release. In other words, Jay-Z will be making it rain on Samsung Galaxys before the Apple (NASDAQ:AAPL) iPhone even senses a storm.

The Jay-Z and Samsung partnership, facilitated by the company paying $5 for each album, will likely prove lucrative for both parties. For Jay-Z, the deal will not only provide an influx of advertising for his album, it’ll also afford him $5 million in sales before the album even hits stores. Though it’s clearly more of a financial risk for Samsung, it is not the first wager the electronics company will have to take in order to compete with the increasingly attractive innovations that main rival Apple continues to put forward.

The tech giant recently announced the launch of iTunes Radio — an online radio service that could pull it right ahead if Samsung isn’t careful. iTunes Radio offers listeners access to certain music before it’s available elsewhere — thus, the idea of marketing Samsung Galaxy smartphones with the promise of Jay-Z early access does sound conspicuously familiar.

Regardless, Apple will likely feel more than just the summer heat as Samsung offers the new holy grail of deals.