Say Goodbye to the iPad 2 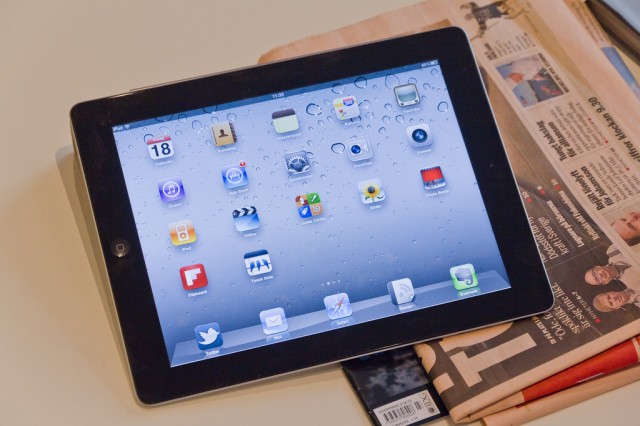 According to anonymous sources who spoke to Apple Insider, Apple (NASDAQ:AAPL) is planning to soon stop production of the iPad 2 because consumers turn to its newer iPad mini and iPad Air tablet models.

Apple first began selling the iPad 2 in March 2011 and has continued to offer the device at a price point of $399 since the iPad 3 with Retina display was introduced. Now the more compact and higher-resolution iPad mini with Retina also costs $399, so it makes no sense for Apple to continue offering the iPad 2 or for customers to continue buying it unless the company planned to further cut the price.

Apple introduced the new iPad Air and iPad mini 2 with Retina display in October. When the company reported fiscal first-quarter results late last month, it revealed that it sold 26 million iPads to make “an all-time quarterly record” during the holiday quarter.

Apple Insider pointed out that the iPad 2 has held on to have strong sales for much longer than one would expect for an older device. A report released by Localytics and seen by the website in October showed that the iPad 2 still accounted for 38 percent of Apple’s total iPad sales in the month before the release of the new iPad lineup.

The release of the new iPad units caused a large drop in sales of the iPad 2. According to a note from Consumer Intelligence Research Partners seen by Wall St. Cheat Sheet, the iPad Air accounted for 41 percent of Apple’s total tablet sales during the fourth quarter. The two iPad mini models together accounted for another 41 percent. The iPad with Retina display made up 13 percent, and the remaining 5 percent came from the older iPad 2.

“These results bode well for the new iPad models,” said Josh Lowitz, CIRP partner and co-founder. “The new iPad Air and iPad mini with Retina display together account for well over half of all iPad sales in the quarter, even though they were only available for two months. iPad Air sold especially well given that Apple has three other iPad models for sale.”

Recent data from several research firms have shown that Apple is still dominating the tablet market. Canalys, which includes tablets in its research about the PC market, found that Apple had the biggest share of the PC market during the final quarter of last year, claiming 19.5 percent of the market with its tablets and computers. Canalys reported that Apple’s iPad accounted for 26 million tablet sales, meaning more than one-third of all tablets sold. In the fourth quarter of 2012, that figure stood at 27.3 percent of all tablets sold, reflecting Apple’s increased hold over the industry.

Research from Strategy Analytics also found that Apple was first in terms of tablets during the final quarter of 2013. The firm reports that Apple took 34 percent of the tablet market in the fourth quarter, a 7 percent increase from the previous quarter, which reversed a trend of two successive quarters of share loss. Although Apple has been challenged by cheaper tablets running on Google’s (NASDAQ:GOOG) Android operating system, the introduction of two new models before the holiday shopping season helped the company see a boost in tablet sales.