Sirius XM Teams Up With Ford 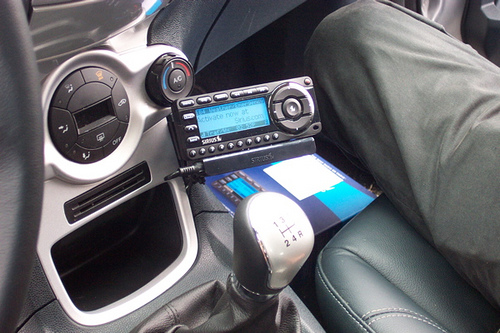 Sirius XM (NASDAQ:SIRI) has responded to Ford’s (NYSE:F) request to have more applications that support voice control by coming up with the Sync AppLink. This allows drivers to access the Internet radio service from an in-dash system on specific Ford models.

Ford and Sirius XM have announced that for the first time subscribers are going to be able to use the Sirius radio app on Apple (NASDAQ:AAPL) and Android headsets. That means that in addition to streaming satellite channels, users can now access on-demand programs and their MySXM channels. Previously, these services were only offered through an Internet browser.

With this new application, buyers can switch between listening to different programs by using voice commands or built-in controls in Ford’s vehicles. Additionally, if a Sirius subscriber is in a car with the Sync AppLink but no satellite radio hardware, it is still possible to access the subscriber’s music with the application.

Sirius XM’s chief financial officer David Frear says that “The connected car allows us to take our services to a whole other level and expand from a one-way service to an interactive service.”

Ford has announced that customers who purchase one of the new vehicles with this application also get a six month subscription to Siri’s All Access Package, which offers access to more than 160 channels.

This is the next step for Sirius as the company is facing strict competition from other companies that are already on Ford Sync dashboards, such as Pandora (NYSE:P), Spotify, Slacker, Rhapsody, and Mog. There are also traditional radio stations competing for listeners. Thus, this was really a step that Sirius had to take instead of staying ahead of the crowd.