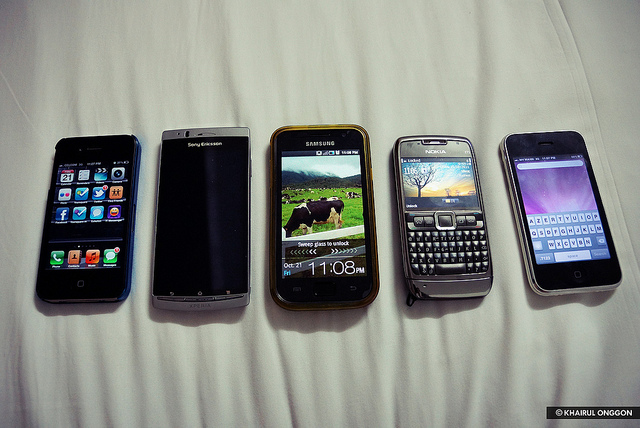 Research firm comScore has released its data on the U.S. smartphone market as of October 2013, and its findings saw little change from the data collected in July. The firm found that overall 149.2 million Americans own smartphones, a figure that represents an increase of 4.1 percent since July and shows 62.5 percent mobile market penetration.

Apple Inc. (NASDAQ:AAPL) remains the most popular original equipment manufacturer of smartphones. Apple’s market share increased just slightly from 40.4 percent in July to 40.6 percent in October. Apple’s arch rival Samsung Electronics (SSNLF.PK) came in second, increasing its market share by 1.3 percent since July to reach 25.4 percent in October. Motorola (NYSE:MSI) knocked HTC out of the third spot with a 7 percent share. HTC fell from 8 percent to 6.7 percent, and coming in right below that was LG with 6.6 percent.

As has been the case in recent years, Apple and Samsung control the vast majority of the smartphone device market, leaving their competitors to scramble for leftover scraps.

However, Apple does not have the most popular operating system. When it came to smartphone platforms, Google Inc.’s (NASDAQ:GOOG) Android came in first with 52.2 percent of the market running on Android. Apple’s iOS came in second with 40.6 percent, followed by BlackBerry’s (NASDAQ:BBRY) BlackBerry 10 platform with 3.6 percent. BlackBerry managed to beat out Microsoft’s (NASDAQ:MSFT) Windows Phone platform — which saw a 3.2 percent share — in October, but that 3.6 percent figure is a drop of 0.7 percent while Microsoft gained 0.2 percent.

While as far as OEMs are concerned the data remains pretty steady, we are beginning to see a small shift in regards to operating systems. Android and iOS maintained their market shares about the same since July, but with BlackBerry’s drop, Microsoft’s Windows Phone may soon take third place.

Even though BlackBerry has been trying to assure its customers that the company is not dead, BlackBerry’s market share will likely continue its steady decline unless new CEO John Chen can engineer a massive turnaround. In the wake of BlackBerry’s fall and the purchase of Nokia’s (NYSE:NOK) smartphone unit, Microsoft could soon emerge as a strong third competitor in both OEMs and operating systems on the U.S. market in the coming quarters.