The Awesome Evolution of Apple in 4 Charts 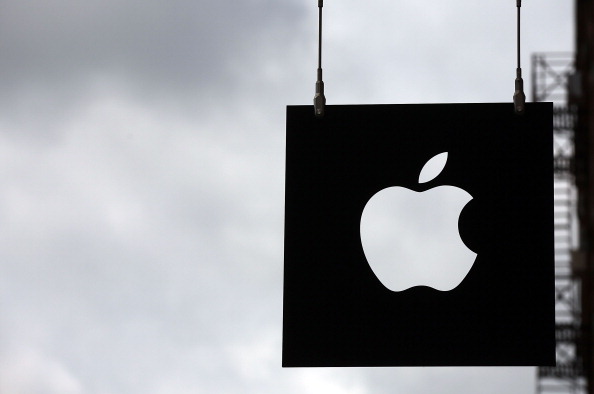 Fifteen years ago, if you had made the argument to your friends, colleagues, or (God forbid) an investor that a then-struggling Apple (NASDAQ:AAPL) would become the leading technology company on the planet, you would have probably been dismissed. If you had gone on to make the argument that Apple would vault itself into the pantheon of tech titans by designing and manufacturing devices that appeared to be pulled right out of Star Trek, you would have probably been laughed out of the room.

Here’s why. At the time — say, 1999 — most consumer and much commercial technology was tedious. This was the era of of the personal computer, of dial-up Internet, and perhaps more relevant to the Apple bear case at the time, of Microsoft (NASDAQ:MSFT). That year, Microsoft founder Bill Gates rode the edge of the dot-com bubble to a net worth of $100 billion, and Windows was widely considered a de-facto monopoly. Meanwhile, Apple founder Steve Jobs had only recently regained control of his company and had just brought it back from the brink of bankruptcy.

But today, Apple is in fact the leading technology company on the planet, a status that holds true almost no matter how you cut it. It’s the world’s largest company by market value and by brand value, a position it obtained by launching a series of category-defining consumer technology products like the iPod, iPhone, and iPad. These products were so profoundly innovative that they not only institutionalized Apple as a business leader in its industry but as a cultural leader in society.

So what did this evolution look like? We’re not here to be corporate historians, but we do think that much of Apple’s narrative can be captured quantitatively. Here’s the story. (The charts were pulled from a report by Jackdaw Research chief analyst Jan Dawson.) 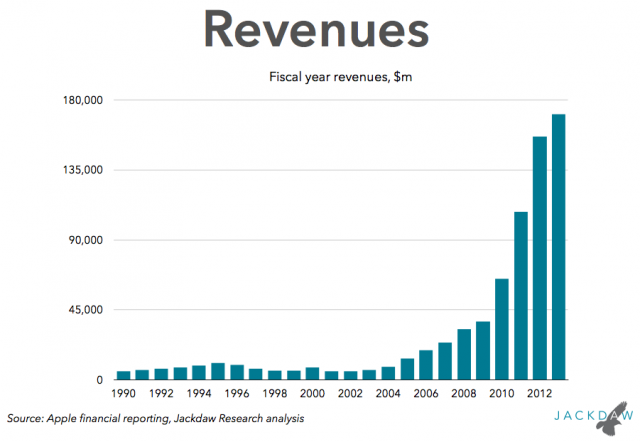 Companies grow up just like people — at least, that’s the narrative one Supreme Court decision seems to support. Here, we’re using revenue as a proxy for size, but there’s more than one way to measure the size of a company. Revenue is a particularly interesting way to measure the size of Apple because it can be used as a proxy for sales, and sales are a proxy for product users. For a primarily consumer-facing business like Apple, more sales means more products in the hands of people: the more iPhones, iPads, and Macs out there, the larger the Apple ecosystem. 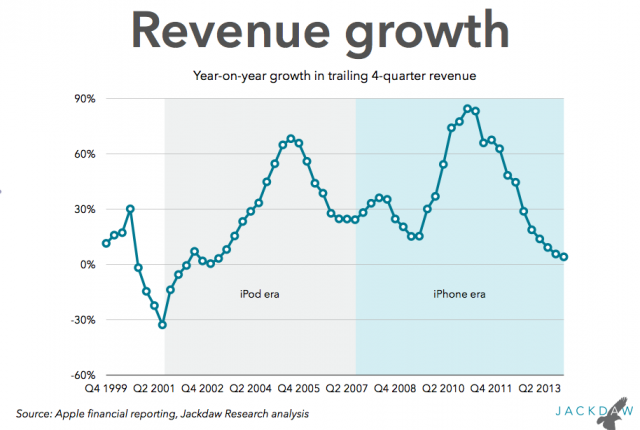 Also kind of like people — maybe those justices are on to something — companies go through growth spurts. This chart shows Apple’s year-over-year revenue growth rate, a way to think about how quickly Apple was growing at the time in relative terms rather than absolute terms.

There are two clear growth spurts here, which Dawson highlights as the peaks of the iPod era, beginning in 2001, and the iPhone era, beginning in 2007. The shape and severity of these peaks is a way to measure just how important those product launches were for the company.

One interesting thing to note is that growth has moderated over the past few years, declining to a rate closer to zero than at any point since 2002. A large part of this is due to the enormous size of Apple’s current revenue stream: relative growth naturally tends to decelerate as companies get larger. 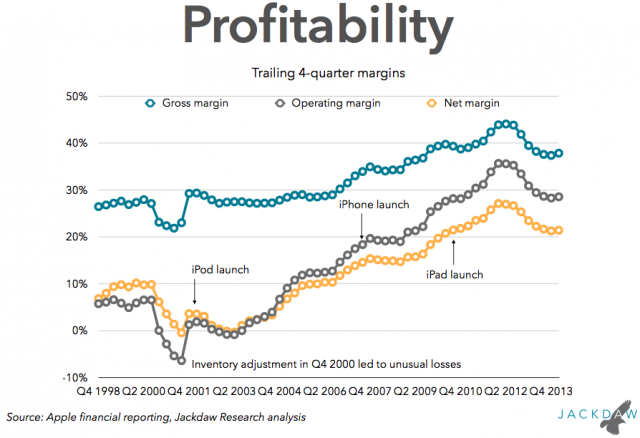 One of the nice things about this graph is that it covers the 1990s. You can see a dramatic decline in Apple’s profitability during this time — operating and net margins even fell into negative territory. This is where Apple may have been driven into bankruptcy were it not for the return of Jobs and the promotion of Jony Ive to the head of industrial design.

This chart shows that while Apple has grown, it has become increasingly healthy. However, profitability has dropped off recently, which is generally attributable to increased competition from Google (NASDAQ:GOOG)(NASDAQ:GOOGL) and Samsung (SSNLF.PK), as well as lower margins on the iPad relative to the iPhone. 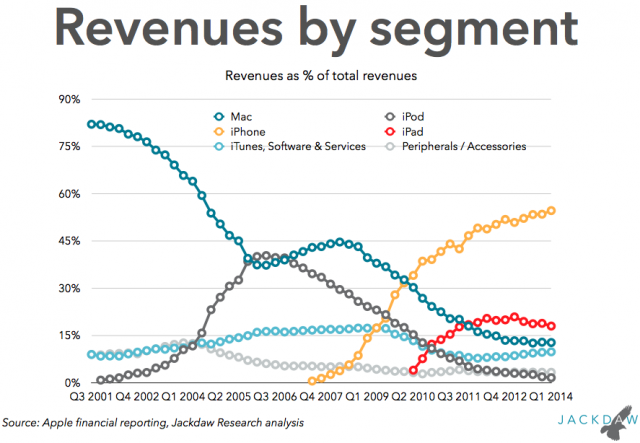 There’s not confusion on this chart as to where Apple’s revenues are coming from. Although the iPad has shown growth since its release several years ago, the iPhone has and continues to be the company’s breadwinner. As the chart indicates, the mobile sector is, by a long shot, dominating the market for Apple, and there is absolutely no indication that will change in the short-run.

The iPod has been completely replaced by the iPhone, which helps explain its crashing market share. Mac computers are still on a downward trend, possibly fueled by the increase in tablet and mobile computing. ITunes, although experiencing a bit of a lull, is seeing a bit of growth in revenues on its own.

Despite all of the areas where Apple is innovating and excelling, the mobile arena is far and away the most successful. It’s also become Apple’s main profit stream, which it will need to protect as the industry changes in coming years.

The evidence is undeniable: The iPhone has, in the past seven years, evolved from merely a new addition to the Apple lineup to the company’s bread and butter.