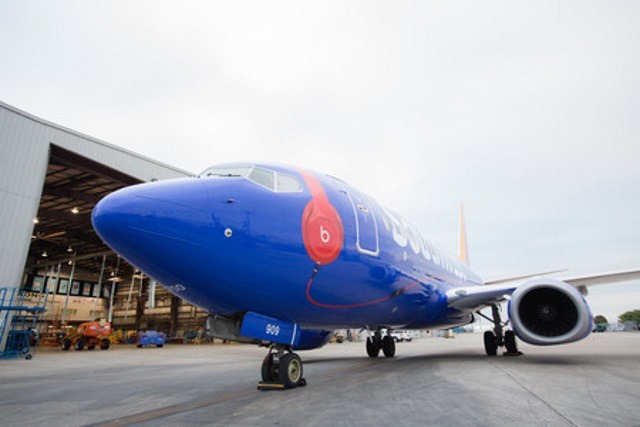 When Apple acquired Beats Music along with its purchase of premium headphone maker Beats Electronics earlier this year, it was widely speculated that the company would use the subscription-based music streaming service to counteract its declining digital music download sales. As recently reported by The Wall Street Journal, worldwide music sales through the iTunes Store have dropped 13% to 14% since the beginning of the year. However, Apple apparently isn’t just interested in selling Beats Music subscriptions to individual music lovers. A recent announcement by Southwest Airlines revealed that the curated music streaming service will now be offered for free to passengers on all of its Wi-Fi-enabled aircraft.

“Southwest connects our Customers to what is important in their lives, and in this case, it’s music,” said Southwest Airlines Chief Marketing Officer Kevin Krone. “We continue to enhance our onboard offerings to remain current as our Customers’ needs evolve, and with the addition of Beats Music on our entertainment portal, we’re doing just that.”

According to Southwest Airlines, passengers will be able to access Beats Music through the company’s onboard infotainment system or through their personal mobile devices using the aircraft’s Wi-Fi connection. The Wi-Fi-enabled service will be available on both Android and iOS-powered mobile devices, as well as most Web browsers.

While the exact number of current Beats Music subscribers is unknown, Beats co-founder Jimmy Iovine revealed at Re/code’s first Code Conference, earlier this year, that the service had approximately 250,000 users after about four months of availability. That is a much smaller user base than the 10 million paying customers claimed by Spotify, as reported by Forbes. The Beats Music partnership with Southwest Airlines may be part of an overall plan that Apple has for raising the music streaming service’s profile.

On the other hand, the partnership with Southwest also raises questions about the rumors that Apple was planning on rebranding Beats Music with the iTunes label. A recent report from Re/code suggested that Apple would soon integrate Beats Music with iTunes, perhaps in order to attract new users who may be more familiar with Apple’s iconic music brand. However, the high-profile debut of a Beats Music-branded airplane suggests that the service will maintain its current name for the foreseeable future.

Another report from Re/code claimed that Apple was trying to make Beats Music a more attractive option for music streaming customers by undercutting the competition. According to Re/code’s sources, Apple is seeking a discount rate from record labels that would allow it to offer Beats Music subscriptions for only $5 per month, instead of the $10 per month standard charged by most rivals. Either way, the recently announced partnership with Southwest Airlines suggests that the Cupertino, California-based company has some ambitious plans for Beats Music.