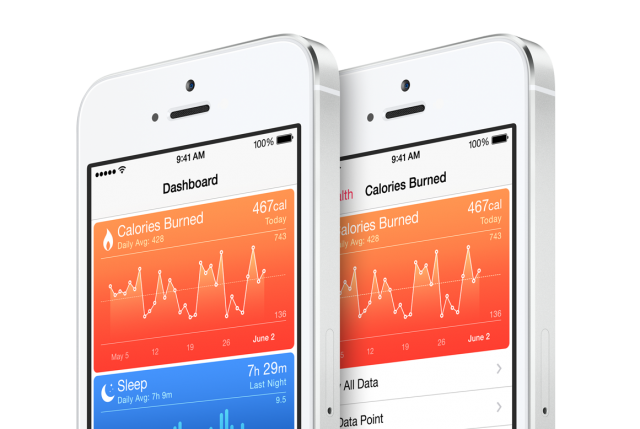 When Apple introduced its latest iOS 8 mobile operating system earlier this year, one of the most exciting new features it included was the Health app. As noted by Apple, the Health app collects information from multiples apps and devices to offer all of your health-related resources in one convenient place. The Health app is able to collect and display disparate data from various apps thanks to the HealthKit API that Apple provided to developers. Besides giving users a more comprehensive portrait of their own health and fitness, the app also gives users the option to share this valuable data with their doctors or trainers in order to enhance their healthcare.

Of course, the extent to which the Health app can enhance a user’s healthcare will depend largely on the quality of the information that it is able to provide. The Health app can keep track of all sorts of important health and fitness data, including information on weight, heart rate, blood pressure, cholesterol levels, calories burned, steps taken, and sleep patterns. While the Health app can also be used to monitor a user’s blood glucose, that feature was disabled by Apple in October after compatibility issues with the measurements for users in Australia and the U.K., reports CNET.

While the Health app appears to offer a fairly comprehensive list of health metrics, several industry watchers have pointed out that the app does not have the capability to track a metric that is of paramount importance to a large segment of its users. As noted by The Verge’s Arielle Duhaime-Ross “of all the crazy stuff you can do with the Health app, Apple somehow managed to omit a woman’s menstrual cycle.”

So why does an app that Apple SVP of software engineering Craig Federighi at the 2014 Worldwide Developers Conference (WWDC) said would “monitor all of your metrics that you’re most interested in” omit one of the most crucial metrics for women? While it’s possible that Apple was trying to take a gender neutral approach to designing its Health app, it should be noted that taking that approach would not make much sense for a health-focused app, since menstrual cycle tracking is such an essential health metric. Unfortunately, the omission of this key health-tracking metric for women may simply be the natural result of the gender imbalance that is found at Apple and in the overall tech industry. According to Apple’s recently published demographic statistics, women only makeup 30% of the company’s overall workforce and only 20% of its tech sector.

While it’s unknown if Apple will implement any changes to the Health app in response to some of the criticism it has received, the company is currently working on an iOS 8.2 software update that includes a fix for the previously mentioned blood glucose glitch, reports 9to5Mac. So it’s possible that the Health app will be updated with a menstrual cycle tracking feature by early 2015.