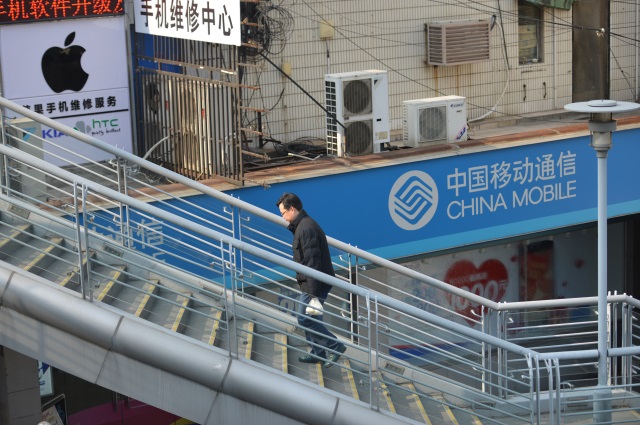 A potential obstacle to Apple’s growth in the Chinese market may not affect the upcoming iPhone 6 launch. Earlier this year, China’s government instructed the country’s three largest telecommunications companies to drastically slash their subsidy costs by a combined total of $3.9 billion over the next three years, according to Bloomberg. Those companies included China Unicom, China Telecom, and China Mobile, the world’s largest carrier with over 793 million subscribers as of the end of July. As noted by Bloomberg, China Mobile announced that it would reduce its subsidy spending by $2 billion, while China Unicom and China Telecom would lower their combined subsidy spending by $1.9 billion.

Although the change was ostensibly made to reduce the companies’ overall costs, many industry watchers also saw it as a protectionist move by China’s government. Foreign tech companies like Apple and Samsung are the primary beneficiaries of subsidies since they make devices that tend to be more expensive than the smartphones made by Chinese companies. On the other hand, domestic smartphone makers like Xiaomi would gain a further price advantage with a reduction in subsidies. Although it’s hard to say how much the subsidy cuts would actually affect Apple’s sales since the iPhone is already aimed at a relatively affluent segment of China’s market, the news suggested that sales of the iPhone 6 could be hampered by the change.

However, a new report from Want China Times suggests that Apple will be mostly unaffected by the subsidy reductions, at least for the upcoming iPhone 6 launch. Although the three carriers will still be implementing the overall subsidy cuts, the subsidies for the iPhone will likely be maintained. According to Want China Times’ sources, Chinese carriers are eager to keep subsidies for the iPhone going as long as possible due to Apple users’ tendency to spend more money on services than other users.

“We will provide subsidies to companies that bring the highest average revenue per user (ARPU),” said an unnamed China Mobile executive according to Want China Times. “No doubt Apple will get the heaviest weighting.”

Besides Apple’s users’ higher average revenue return, the iPhone is also valued as a gateway device for getting more users on the country’s nascent 4G network. While China Mobile has only been officially offering the iPhone since January of this year, Apple’s flagship device has been crucial in attracting subscribers to the carrier’s burgeoning 4G network. Earlier this year, China Mobile CEO Li Yue revealed that iPhone users already accounted for approximately half of the company’s 2.8 million 4G subscribers in the first quarter of 2014, reports Radio Television Hong Kong.

Apple has scheduled a media event for Tuesday, September 9, when the company is expected to unveil two new iPhone models with larger screen sizes of 4.7 inches and 5.5 inches, as well as the so-called “iWatch” wearable device. Last year marked the first time that China was included in the initial iPhone launch event after years of getting the latest iPhone models weeks after most other markets. The debut of a phablet-sized iPhone is expected to be especially successful in the Greater China region where phablets are highly popular. According to data from market research firm Canalys, phablet-sized devices accounted for 39 percent of total smartphone shipments in the Greater China region in the first quarter of 2014, more than the 34 percent share that the devices accounted for in the worldwide market. On Wednesday, China Daily reported that over 33,000 customers had already placed preorders for the upcoming iPhone 6 with China Mobile, despite not even having seen the new models.

While Samsung has historically dominated the phablet market segment, the Korea-based smartphone maker may face an uphill battle in China during the coming months if its devices are offered without subsidies. Although the average revenue per user for Samsung device owners is unknown, Want China Times’ report made no mention of special subsidy exemptions being made for Samsung’s devices.