Apple’s iPhone Could Be Your Next Smoke Detector 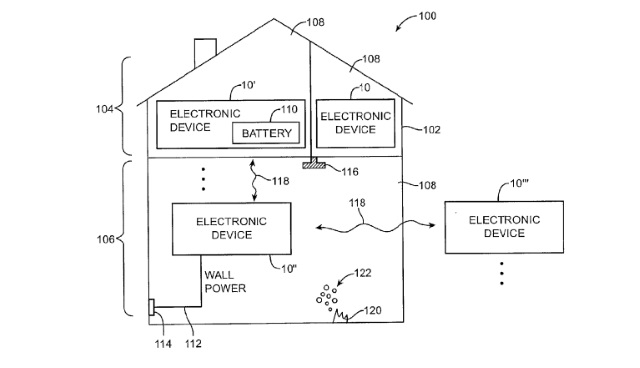 While the first mobile phones were primarily intended for making phone calls, the devices eventually evolved into users’ default digital cameras, media players, and Internet browsers as more and more features were added to the ubiquitous tech products. Now a recently published patent from Apple raises the possibility that the next product to be subsumed by smartphones may be traditional smoke detectors. In a patent spotted by 9to5Mac, Apple outlined its vision for “Wireless Device Networks With Smoke Detection Capabilities.”

As noted by Apple, smoke detectors are usually mounted in a fixed location within a building and rely on audible alarms to alert occupants to the presence of smoke. However, this traditional fire alert system has its drawbacks. “A building occupant who is located in a portion of a building that is remote from fixed smoke detector locations may be out of range of smoke detector coverage and may have difficulty hearing audible alarms generated by the smoke detectors,” wrote Apple in its patent. “Smoke detector alarms are typically limited in scope and do not include information of interest to first responders and neighbors such as information on current building occupants.”

Although Apple’s patent suggests that any electronic device could be outfitted with this smoke detection system, the iPhone or a similar mobile device would be particularly well suited for smoke detection purposes since most people keep their mobile devices within arm’s reach at all times. Apple’s iPhones are also equipped with GPS and various motion sensors, which would be necessary in order to determine where an electronic device is located and if it is being used.

While Apple does not necessarily use all of the technologies that it patents, this invention raises the possibility that future iPhones, iPads, Macs, or even Apple Watches could come equipped with smoke detection capabilities. If Apple does bring this technology to its future products, the electronic devices with smoke detection capabilities would likely be incorporated into an overall connected home system that relies on iOS apps created with the company’s HomeKit suite of developer tools.