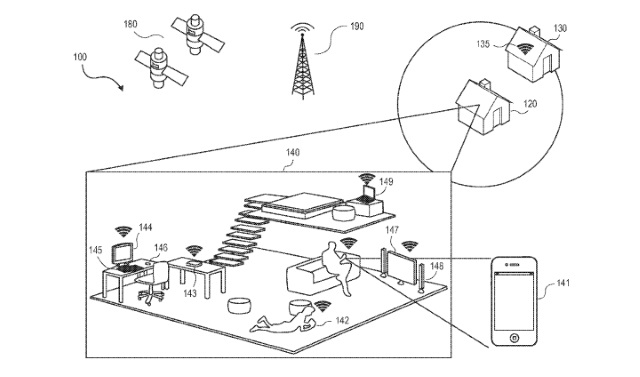 Apple’s (NASDAQ:AAPL) interest in the so-called “smart home” or “connected home” market was made apparent when it unveiled HomeKit at the Worldwide Developers Conference last month. HomeKit is a suite of tools that allows developers to more easily create iOS apps for various smart home products such as lights, thermostats, and door locks. However, the smart home is just one aspect of what has been dubbed the “Internet of Things” — an expanding network of wirelessly connected physical objects.

A recently published patent spotted by Apple Insider hints at how Apple might integrate the iPhone into the Internet of Things. In a patent titled, “Location-sensitive security levels and setting profiles based on detected location,” Apple outlines a system that would automatically adjust the “security level and/or other device behavior, configurations, or settings” of a mobile device based on location.

One of the benefits of a smart home, or the broader Internet of Things, is the ability of various connected devices to anticipate a user’s needs. For example, a smart door lock might automatically unlock when the homeowner approaches. Since smartphones are typically carried by users wherever they go, the devices provide an ideal way for objects in the Internet of Things to determine a user’s location.

Apple’s patent uses the same principle to automatically adjust the security settings on a user’s mobile device based on where it is located. As noted by Apple, the mobile device would use multiple “location aspects” to determine its location, including “geographic location coordinates; connected or visible networks and devices; characteristics of devices or networks that are visible to the mobile device; the presence of other devices nearby; physical connection to other devices; environmental characteristics of the location; or other features of the location.”

For example, if a user’s iPhone determines through its connection to a wireless network or a smart home product that it is located at home, it may lower its security settings to allow a user to unlock it with a simple four-digit passcode. Similarly, if the iPhone determines that it is in a public location, it will automatically boost its security settings and may require a Touch ID authentication. The system can also be used to automatically adjust the user interface settings of a mobile device based on its location. For example, “work-centric applications can be displayed more prominently at work and personal applications can be displayed more prominently at home.”

As noted by Apple, location-based security settings improve overall mobile device security since users are more apt to forego stringent security settings if they become “frustrated by being repeatedly prompted for passwords/passcodes when the user finds it unnecessary or burdensome.” As pointed out by Apple senior vice president of software engineering Craig Federighi at the WWDC, less than half (49 percent) of iPhone owners used a passcode before Touch ID was introduced. However, now 83 percent of iPhone 5S owners use a Touch ID/Passcode to secure their devices. In other words, convenience led to improved security. A system that automatically boosts or lowers security settings based on the likelihood of a security risk will be even more convenient and therefore more secure.

While this patent deals specifically with altering the security settings of a mobile device based on its location, it is easy to see how this invention fits into the broader Internet of Things. By enabling the iPhone to modify its settings or behavior based on where it is located, Apple is laying the foundation for an Internet of Things in which connected products will anticipate users’ needs by interacting with the iPhone to determine their location.