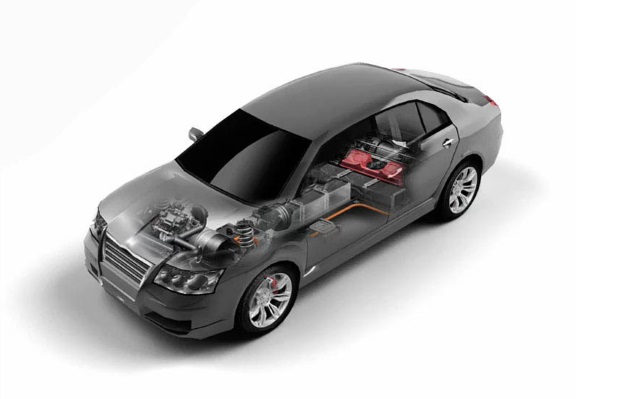 In what is quickly becoming a daily occurrence, yet another piece of evidence that supports the rumors that Apple is secretly developing an electric vehicle has surfaced. The latest evidence was uncovered in a lawsuit filed against Apple that was first spotted by Law360. According to papers filed with the court, battery manufacturer A123 Systems has accused Apple of poaching several of its key workers in violation of their employment contracts. Apple has engaged in “an aggressive campaign to poach employees of A123 and to otherwise raid A123’s business,” according to the complaint seen by Law360.

While A123 makes batteries for several different applications, a major part of the company’s business is providing commercial vehicle battery systems. As noted on the A123’s website, the company recently received an award for its “strategic positioning in transportation applications for lithium-ion batteries.” Carmakers that have used A123’s battery technologies include BMW, Fisker Automotive, General Motors, and McLaren. The confirmed departures of several employees from one of the electric/hybrid car industry’s major battery suppliers to Apple appears to bolster the recent rumors that Apple may be developing its own electric vehicle.

The lawsuit centers on Apple’s poaching of five key employees who were developing new battery technologies for A123 Systems. Per the complaint, former A123 workers Don Dafoe, Michael Erickson, Mujeeb Ijaz, Indrajeet Thorat, and Depeng Wang all left the company for Apple. All five employees were part of A123’s System Venture Technologies Division. The departure of the five employees has apparently severely hampered A123’s ability to develop new battery technologies. “In the wake of defendants Erickson, Wang and Thorat’s departures, the projects that each was individually and principally responsible for have been effectively shut down for lack of PhD employees to replace them,” stated A123 in its lawsuit, according to Law360.

Perhaps the most interesting revelation from A123’s lawsuit is the company’s suspicions that Apple is developing a “large scale battery division” that will directly compete with its own transportation-focused battery business. According to its lawsuit, A123 attempted to get assurances from Apple that its former employees would not be working in areas that would compete with A123’s business. Per the battery maker, Apple did not provide those assurances.

Needless to say, this lawsuit will add even more fuel to the already rampant rumors about Apple’s secret vehicle project. As Tech Cheat Sheet reported earlier this month, multiple media outlets recently cited insider sources who claimed that Apple is developing an electric vehicle. According to The Wall Street Journal, the project is codenamed “Titan” and involves hundreds of employees under the leadership of product design VP Steve Zadesky. The Journal’s sources suggested that Apple was developing an electric car similar to what Tesla offers, while other sources cited by Reuters claimed that Apple was working on a driverless vehicle similar to what Google has made.

While the latest batch of Apple “iCar” rumors were sparked by this month’s appearance of several Apple-leased minivans equipped with mysterious camera rigs, this is hardly the first time that the iPhone maker’s  automotive ambitions have been noted. Apple co-founder Steve Jobs told several people about his interest in making a car, including The New York Times’ John Markoff in 2011. The “iOS in the Car” (later rebranded as CarPlay) device integration system that Apple first unveiled in 2013 further confirmed the company’s ongoing interest in automotive technology. However, the latest news about Apple’s hiring of employees on the hardware side of the automobile business suggest that something beyond a software product for a vehicle’s infotainment system is in the works.