Between the prevalence of photos on the once iOS-specific Instagram app and the number of people that can be spotted daily holding up their iPhones to snap a picture, it’s clear that cameras are an important feature of Apple’s (NASDAQ:AAPL) handheld devices. A recently revealed patent, found by Apple Insider, shows what could be a big step forward in iPhone photography. 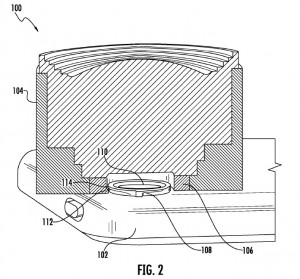 The patent documents that were revealed by the U.S. Patent and Trademark Office show off a physical interface around the rear-facing camera that would allow for the secure attachment of photographic lenses. The possibility of attaching lenses to iPhones would likely add significant appeal to users who want to take better pictures without forking out for a phone and camera or have to carry around two devices.

This wouldn’t be the first time attachable lenses would be compatible for iPhones, or smartphones in general. Naturally, the more photographically inclined have been able to get their hands attachments for iPhones that allow for the connection of various lenses — though the quality of lenses available and accuracy of lining the lens elements up is questionable.

Various camera apps have also attempted improve the photography experience on iPhones and other smartphones. Sony even developed a small, portable lens system with its Cyber-shot Q series that functioned as a complete camera when paired with a smartphone that would act as the devices screen and user interface while connected through Wi-Fi or NFC. Sony’s approach may have been one of the higher-quality options available, but building on the option for interchangeable lenses may prove more appealing to customers. 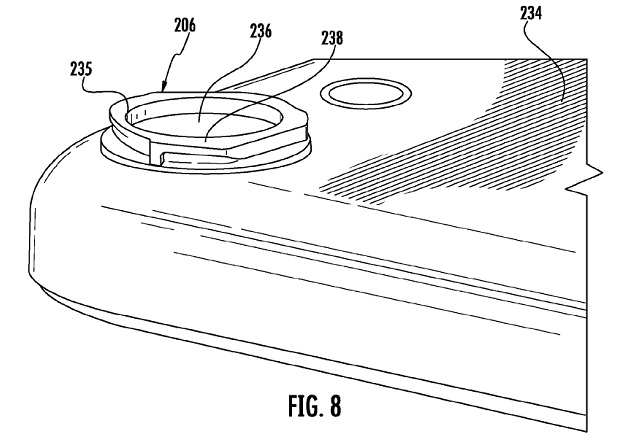 The Apple patent describes a bayonet-style mount for camera lenses. This would allow for quick and secure attachments of lenses while also ensuring that the lenses line up properly with the camera built into the device.

Further details in the patent describe a system for releasing the attached lens in the event that the device is dropped, according to Apple Insider. This would be important, as extra damage could occur if the parts remained connected through a fall, and the camera could end up broken.

While some device makers have been pushing ahead in camera technology — Nokia’s impressive line of Lumia devices, Samsung’s phones with point-and-shoot-style lens systems, and the occasional 3-D camera come to mind — a push into interchangeable lenses could give Apple a serious edge. It could even do major damage to the camera industry.

Different lenses offer excellent photographic control for users, something that has often been lacking in smartphone cameras. The availability of this option could lead many hobby photographers to forget about their dedicated cameras and just get everything in one device. Considering the lack of any significant upgrades between the cameras in the iPhone 5 and iPhone 5S, it may be reasonable to expect something a bit more substantial in improvement when an iPhone 6 comes out.