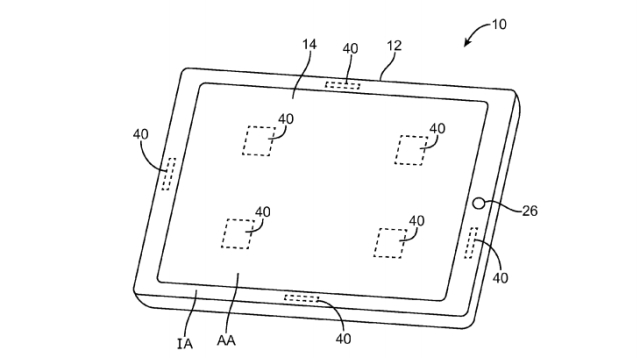 Apple’s (NASDAQ:AAPL) long-running interest in solar technology for use in both its mobile devices and its data centers is well-known. Apple has previously filed several patents that outlined various solar cell technologies that can be used to generate power for portable electronic devices. Although the solar technologies described in those patents have yet to be implemented in any of the company’s products, Apple has led the consumer electronics industry in its use of solar energy at its data centers. As noted on Apple’s website, its data center in Maiden, North Carolina features “the nation’s largest end user-owned, onsite solar photovoltaic array.” The company is also making a similar solar array for its data center in Reno, Nevada.

While most solar technologies are focused on creating electricity via photovoltaic cells, Apple’s most recent solar technology invention primarily serves another purpose. In a patent titled, “Solar Cell Ambient Light Sensors For Electronic Devices,” Apple describes a solar technology that aims to improve the visibility of devices’ displays by automatically adjusting color and brightness levels based on ambient lighting conditions.

As noted by Apple in the patent background information, many electronic devices already include a light sensor that will adjust a screen’s brightness based on the amount of light that it detects. However, typical light sensors are “formed from a chip package having a photodiode is laterally displaced from an active display region of the display along a front face of the device.” According to Apple, this “common light sensor package can result in an undesirable increase in the size and thickness of the device.”

Based on the voltage generated by the photovoltaic solar cell, the device automatically adjusts the brightness of its display to optimize visibility in various ambient light environments. As noted by Apple, some embodiments of this invention include the use of multiple solar cell ambient light sensors. The appearance of the display can be further refined by enabling the sensors to detect different ranges of light wavelengths. As noted by Apple, this allows the device to make precise adjustments to the brightness and color of the display.

Finally, while the primary purpose of this invention is to improve the visibility and overall appearance of an electronic device’s display, the thin-film photovoltaic solar cell also provides the device with an additional source of energy. “When the accumulated voltage is not being sampled for ambient light measurements, the voltage may be used to provide charge to a battery in the device,” noted Apple. In this sense, the solar cells described in this patent serve a dual purpose as ambient light sensors and electricity generators.

While it is not known if Apple has plans to implement this technology into the next generation of iDevices, it should be noted that the use of solar power for mobile devices may eventually become a necessity as more energy using features are added to increasingly smaller devices. This has led some industry watchers to speculate that Apple may be planning to use solar-charging technology in the iPhone 6 or even the long-rumored iWatch.