Apple’s Patent May Protect Drivers From Themselves, But Will It Sell? 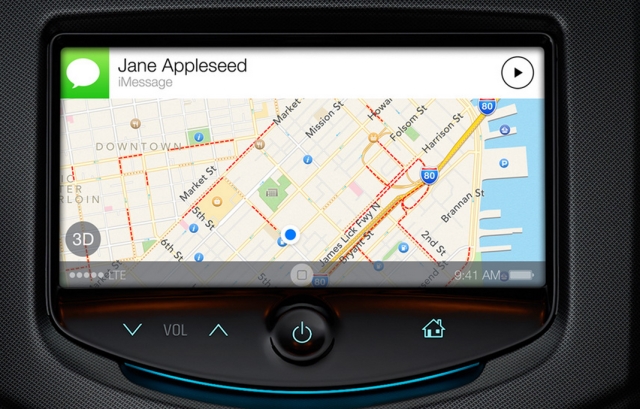 Apple (NASDAQ:AAPL) has clearly been putting a lot of thought into the automobile industry. Though we won’t start hearing about an iCar anytime soon, there will be more and more embedded Apple technology showing up in vehicles, and strengthening Apple’s presence. A new patent shows that whether or not Apple hardware is installed in a car, the tech giant wants its customers to be drive safe.

Apple Insider uncovered a patent issued by the U.S. Patent and Trademark Office that covers a “Driver handheld computing device lock-out” that would essentially ensure safer driving habits by disallowing unsafe ones. As described by the patent, the iPhone will try to determine whether it is in a moving car and also whether it is in the drivers seat.

Assuming the iPhone determines its user is driving a car, it can then disable unsafe features, such as texting. This patent may come at just the right time, as the U.S. government has shown some concern over the push for computer technology to take up a new home in the center console of new cars. A recent Mazda advertisement featuring Facebook and Twitter on the in-car display hit home with those concerned about the integration.

Most states know the dangers of texting and driving, and the majority of them have laws in place against it, while another few outright prohibit cellphone use in cars. Last year, a study conducted by the Texas Transportation Institute at Texas A&M University also found that voice-to-text typing through Siri didn’t do anything to reduce driver distraction. With that black eye and the government feeling wary — not to mention consumer safety — Apple had ample reason to look into a safety solution like this.

According to Apple Insider, the patent describes the technology working in two different ways. The simplest way relies on sensors built into the car that can determine when the car is driving and also where the iPhone is in the car. If the iPhone is in the drivers seat, unsafe functions will be disabled. This feature could start showing up in cars with Apple’s iOS in the Car system. As of the 2013 WWDC conference, Apple had announced twelve automakers that would support iOS in the car functionality: Ferrari, Mercedes-Benz, Volvo, Acura, Chevrolet, Honda, Hyundai, Infiniti, Jaguar, Kia, Nissan, and Opel.

The patented feature should also be able to work in cars that don’t have Apple hardware installed. As described by the patent, the iPhone would use its various sensors, such as the accelerometer, to determine if it was in car — as opposed to just walking or riding a bicycle. If it found that it was in a moving car, it would require scenery analysis to determine that it was not in the hands of the driver. For example, a picture showing the driver and steering wheel could tell the iPhone that it was in the passenger seat, and that would allow the disable functions to turn back on.

The function could win over fans in the government, and would more than likely be a parent favorite. The big question is whether iPhone users would embrace it or abandon the iPhone because of it — after all, people text while driving for a reason: they want to text. The robots in I, Robot wanted to prevent the humans from endangering themselves, and that didn’t end too well for the robots.