Are Meerkat and Periscope Social Media’s Next Big Thing? 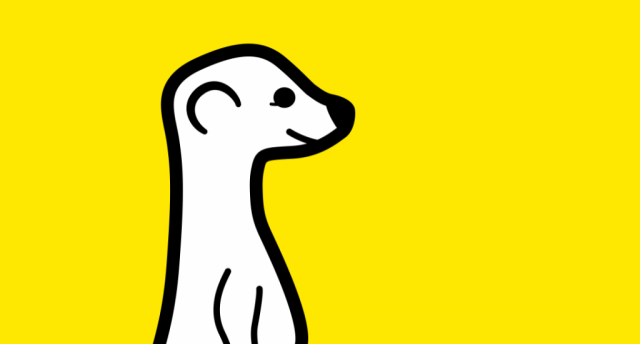 Livestreaming apps that enable users to stream live video with nothing but their smartphones are making an impression on the social media world. Meerkat and Periscope are two of the most notable apps, which notify others when you’re streaming live video of yourself, your dog, or whatever is going on around you.

Twitter recently unveiled Periscope, a livestreaming app that Re/Code reports has been in beta since Twitter acquired the company behind it in January. The app, available only on iOS for now, streams live video and audio from a user’s smartphone. Other people can watch and comment on it from the app, and a link to the livestream can be shared on Twitter.

The app is a competitor to Meerkat, the livestreaming app that took off at the SXSW Interactive conference in Texas earlier in March. Meerkat, also available only for iOS, launched on February 27, just two weeks before the conference, and relies heavily on Twitter’s platform. Meerkat founder Ben Rubin told Re/Code’s Peter Kafka that his app already has more than 400,000 users.

Periscope was under development for a year, but Twitter failed to quickly introduce and market the product after it bought the company in January, enabling Meerkat to steal the spotlight. Two weeks ago, Twitter restricted Meerkat’s access to its social graph so that a user’s Twitter followers no longer show up automatically in Meerkat.

Time notes that both apps open to similar screens displaying active video streams, and both Meerkat and Periscope put a look into someone else’s world just a tap away. The apps also let users access their broadcasting capability immediately from the main screen, with buttons that let them immediately launch the camera and begin sharing with the world. Some speculated that Twitter might buy Meerkat, but it introduced Periscope, which it reportedly paid $100 million for, instead. The two apps work in similar ways, but Periscope is much more independent of Twitter than Meerkat is.

In fact, Meerkat is almost completely reliant on its Twitter integration to operate. Its users log in with Twitter, and it had used Twitter’s social graph to help users find people to follow before Twitter cut it off. Twitter no longer lets Meerkat show new users which of their Twitter followers also use the app, so Meerkat has implemented a Leaderboard, which ranks the most-followed users to give new users an idea of whom to follow. With Meerkat, likes and comments are reflected on a user’s Twitter profile, and Meerkat sends a tweet through your Twitter account that tells people you’re currently broadcasting a live video.

By contrast, all engagement with Periscope stays within the app. This is the same strategy that Twitter followed with Vine, the video app it also bought in its beta stage. Periscope streams videos both to web browsers on computers and to its iPhone app for mobile users. Periscope offers an unusual format for liking a video. While most social media platforms let users hit a like button once, Periscope lets you like a video as many times as you want by tapping the screen to send “love” hearts to tell the broadcaster that you like what you’re watching. Liking a post causes a floating heart to appear in the lower-right hand corner of the app, and broadcasters can see in real time which parts of their livestream are most interesting to their audience. A broadcast’s viewers can comment on the stream, but their posts don’t appear on Twitter, keeping the app separate and cutting down on tweets.

Time points out that Periscope has an advantage over Meerkat in that users can intuitively find their Twitter followers on the app. And to compete with Meerkat’s Leaderboard, Periscope lists its “most loved” users, rewarding users for posting great video streams rather than being notable personalities. Periscope also saves livestreams so that users can viewers can watch them later, which makes it easier for users to enjoy videos on the app. But users can save Meerkat streams to their smartphones, an option that Periscope doesn’t yet allow.

Periscope co-founder Kayvon Beykpour tells Re/Code that the app hopes to be more than a livestream, and keeping Periscope a standalone product will enable it to further evolve. Additionally, Beykpour says that Periscope didn’t want to deal with having to change Twitter’s identity. “It’s really hard to change people’s perception of what a product is after it’s been around for seven-plus years. Though other features deserve to exist within Twitter, I don’t think that’s the right way to launch a new experience that we think is special.” Re/Code explains that that doesn’t mean that the two products won’t be combined over time, just that it won’t happen right away.

Writing for The New York Times, Mike Isaac and Vindu Goel note that the concept of livestreaming apps is hardly new — and has resulted in numerous startup flops in the past — venture capitalists and social media companies alike are investing millions into what they think will be the next big thing to catch on with users. Periscope’s Beykpour told the Times, “The world is way more ready for this than it was a year ago. We have the benefit of entering this market when people are more sold on the idea of live broadcasting.” And Meerkat’s Rubin said, “Think of the selfie culture these days. Culturally, we’ve reached the point where cameras are more familiar and people have started to feel comfortable with video.”

Isaac and Goel cite technological advances, the ubiquity of smartphones, and our growing comfort level with revealing information about ourselves through text and photos online as driving forces behind the shift. Faster connection speeds also inevitably play a part. With the new livestreaming apps, Jimmy Fallon has live-streamed a monologue rehearsal, Today co-host Al Roker has broadcast what was going on backstage at the morning show, and Silicon Valley venture capitalists have broadcast themselves taping podcasts or making presentations. Livestreaming video also shows promise for real-time news.

But livestreaming video apps also come with their own set of challenges. For example, some people don’t want to be recorded without their permission, something that’s difficult to prohibit or prevent when anyone with a smartphone can freely stream video with an app. And keeping the apps safe — and safe for work — will be another challenge. The Times characterizes the medium’s appeal to operators of sex cams as “obvious,” especially given the fact that some offer settings, like private broadcasting, that might promote the practice. Periscope’s Beykpour says that pornography violates the app’s terms of service, and anyone who sees such a video can report it as a violation. Meerkat also prohibits users from sharing content that involves illegal activity or is harassing or abusive, but its policies do note that it’s not responsible for such content if shared on its platform.

The Wall Street Journal reports that both Meerkat and Periscope say that the competition for the livestreaming space is a serendipitous rivalry, and a benefit for a field that has had trouble gaining acceptance among users. Ryan Hoover, founder of Product Hunt, told the Journal that “People are more wiling to express themselves and show their face and spread it publicly.” He explained that social platforms like Snapchat have “made it OK to throw things out there and be less cautious. It is OK to be boring.” It will be interesting to see how livestreaming apps like Periscope and Meerkat compete not just for high-profile celebrity users, whose lifestyles are interesting to the rest of us, but for the average users who have more pedestrian lives and activities to broadcast.

Beykpour considers this one of the biggest challenges in building Periscope — and livestreaming — into a compelling, lasting experience. “It would be totally understandable why Matt Lauer would use this. What’s more challenging is how do you build an experience that allows that to be possible, but also allows you and me to share what we’re doing with our friends and families in such a way that it’s compelling enough for the viewer to open up that push [notification] and watch and interact.”