Are Microsoft’s Troubles in China Just Bad Luck or Payback? 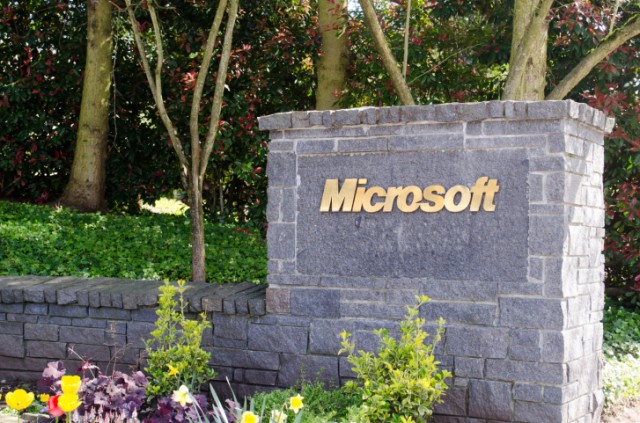 When it rains it pours and when it comes to Microsoft’s (NASDAQ:MSFT) problems in China, the bad news just seems to keep on coming. Early last week, China’s State Administration for Industry and Commerce (SAIC) announced that it had opened an anti-monopoly probe into the company over its Windows operating system, reports Reuters. SAIC noted that Microsoft has been suspected of violating the country’s anti-monopoly law for over a year. SAIC investigators raided Microsoft’s offices in several major Chinese cities, including Beijing, Chengdu, Guangzhou, and Shanghai. While it is still unclear what exactly triggered the raids, SAIC cited complaints from unnamed “other companies,” reports Reuters.

On Friday, Microsoft got more bad news out of China when one of its facilities in Beijing was the site of a large employee protest, reports Reuters. The employees were protesting the thousands of layoffs that Microsoft announced last month following its acquisition of Nokia’s (NYSE:NOK) mobile devices and services business. According to a protestor cited by Reuters, “hundreds” of protestors participated and yelled slogans about “Microsoft’s hostile takeover and violent layoffs” until “they had sore throats.”

The anti-monopoly investigation and the layoff protests follow an announcement made by China’s Central Government Procurement Center in May of this year that it was banning governmental use of Windows 8, Microsoft’s latest operating system. While the ban was supposedly made for energy-saving reasons, some industry watchers believe that it may have been related to Microsoft’s recent decision to end support for the 13-year-old Windows XP version of the operating system. According to Canalys data cited by Reuters, about 50 percent of China’s desktop market is still running Windows XP.

While all of these problems could simply be a string of bad luck for Microsoft in China, there are also indications that these events are being managed by China’s government as a way to punish U.S. companies. China’s government has grown increasingly wary of U.S. tech companies following the exposure of the NSA’s electronic communications surveillance programs by former NSA contractor Edward Snowden last year. Last month, Apple’s iPhone was described as a threat to national security by China’s state-run China Central Television (CCTV), due to its location-tracking features, reports Reuters.

While the recent protests at Microsoft’s Nokia facility may have simply been due to genuine employee anger over the extent of the recently announced layoffs, the decision to pursue an anti-monopoly investigation against the company seems odd considering that most of the Windows copies used in China are pirated. As noted by Reuters, former Microsoft CEO Steve Ballmer once told employees that despite China having computer sales equal to that of the U.S., Microsoft earned more money in the Netherlands than it did in China due to rampant piracy.

This raises the question of whether Microsoft’s problems in China are just part of a larger push against U.S. companies that the country’s government has initiated due to the increasing political tension between the two countries. It should be noted that China’s decision to ban governmental use of Windows 8 came soon after the U.S. Department of Justice indicted five Chinese military officers for computer hacking. While U.S. companies may be suspicious about the timing of some of the government’s actions, China has denied any connection. “Chinese regulator’s anti-monopoly probe of Microsoft is a routine investigation in accordance with the law,” stated China’s official Xinhua news agency in a recent report on the investigation. “Overinterpretation and overreaction is unfounded and unnecessary.”