Are Online Retailers Wasting Their Time on Social Media? 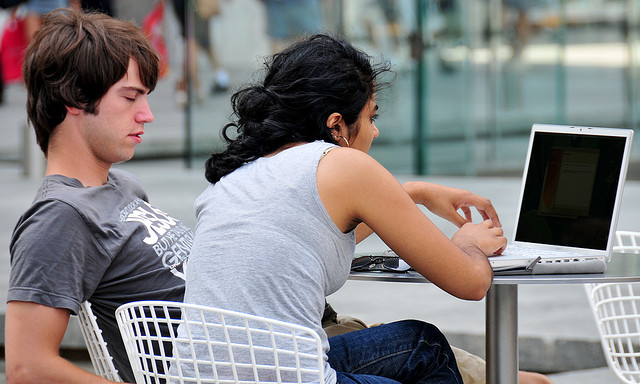 A recent study by L2 Think Tank found that social media actually has much less of an impact on online retail sales than expected, a surprising finding considering the amount of money and energy e-commerce sites have put into gaining and maintaining a social media presence.

According to eMarketer, which saw parts of the study, social media sites accounted for just 2.4 percent of e-commerce traffic, coming behind search engines, direct browsing, referrals, and email. The only category in the study that social media came out ahead of was display ads, which counted for 1.1 percent of traffic on retail sites. 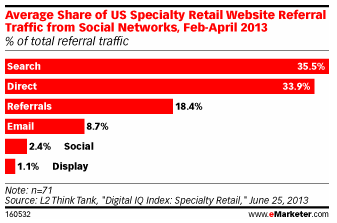 The study also found that online retailers are still beefing up their presence in social media, with Twitter, Facebook (NASDAQ:FB) and Google’s (NASDAQ:GOOG) YouTube being used by close to 100 percent of the retailers surveyed. Yahoo’s (NASDAQ:YHOO) Tumblr and Google+ have been less successful at attracting retailers to their sites. While Facebook continues to dominate the social media sites directing traffic to online retailers, YouTube has seen increasing success in the beauty and skin care realm as customers are often referred to those kinds of products through popular “how-to” videos.

The findings show that email is still an important way for online retailers to keep in touch with their customers and encourage previous buyers to make more purchases on their sites. Email frequency and the amount of traffic emails garnered varied between different industries. The study found that retailers would benefit from offering more “opt-down” options in regards to emails, as too much frequency is a main reason consumers will unsubscribe from a retailer’s email list. Only 27 percent of retailers gave an “opt-down” option when customers asked to unsubscribe.

The study also showed that 48 percent of online retail browsing occurred via mobile in the first quarter of the year. In response, 77 percent of the retailers surveyed have created mobile sites, up from 72 percent last year and 60 percent in 2011.

As more online retail sites turn to social media to reach customers, sites like Facebook and Twitter will be responsible for a bigger share of online retail traffic. But for now at least, it seems like good, old-fashioned browsing and emails are still online retail’s best bet to get the attention of potential customers.