Could Your Favorite Health Apps Be Harming You? 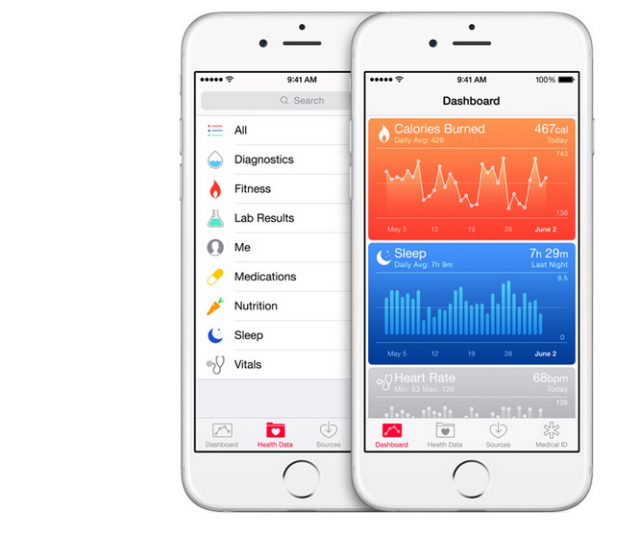 Health-focused apps are on the rise. Smartphone owners turning to such apps to help them improve their health or maintain their fitness or diet have no shortage of choices. But Natasha Singer reports for The New York Times that according to a study published in The BMJ, a British medical journal, health apps won’t necessarily do users much good if they’re already healthy.

In fact, the article questions not only whether health apps provide any real value to users who are already well, but also investigates whether they could even harm such users by catalyzing unneeded anxiety. The paper, titled, “Can healthy people benefit from health apps?” juxtaposes the arguments of two doctors, Iltifat Husain and Des Spence, who argue for and against health apps, respectively. They agree that there’s no real evidence, at least so far, of heath apps causing harm to their users. But that doesn’t necessarily mean that they offer users any real value, either.

Husain, who is the editor-in-chief of iMedicalApps.com, an online publication on mobile medical technology and health care apps, contends that health apps do offer health benefits, even for patients who are relatively healthy. Health apps can deliver education and help users with behavior change techniques, and research has shown that mobile-based weight loss programs, for example, are effective. And while Husain notes that there’s no evidence, so far, that fitness wearables like those offered by Fitbit and Jawbone improve outcomes or exercise compliance, he also argues that “there is no evidence that they cause harm.”

An array of newly available apps and devices can track metrics like heart rate variability, skin temperature, sweat production, and more. However, Husain acknowledges, “just because mobile technology allows us to track these metrics better doesn’t mean that we should. Many such apps are untested or unvalidated, or they make claims incompatible with best medical advice. For example, paediatric societies do not recommend mobile baby monitors to protect healthy children from sudden infant death syndrome, yet the industry markets and sells such apps.”

Additionally, neither Apple nor Google nor the FDA will strictly regulate the apps offered in app stores or guide consumers that lack a basis of evidence. The FDA will regulate only the apps that turn smartphones into medical devices, or accessories to existing medical devices, or apps that pose a direct health threat to users if they malfunction. That leaves thousands of apps unregulated.

But Husain still thinks that waiting for scientific studies to validate the benefits of apps is the wrong approach. “If we wait for scientific studies to prove the benefit of apps, we’re going to get left behind—not only by our patients who are already using them but also by the industry dictating which tools people should use.” He instead recommends that doctors educate their patients on which metrics to track and which apps to use, because he believes that health apps “can help people to correlate personal decisions with health outcomes, and they can help doctors to hold patients accountable for their behaviour. And their low cost and availability means that they have the potential to benefit broad demographics.”

Des Spence, a general practitioner in Glasgow, counters by arguing that while health apps are mostly harmless, they are also likely useless. He contends that “health and fitness have become the new social currency,” spawning what he terms a “worried well” generation.

Health “bling” is everywhere: all things Lycra, T shirts from exotic charity half marathons, the chatter of personal trainers and training programmes, and bikes that cost more than cars. Even food is no longer to be enjoyed: it has become a pharmacopoeia of blended pulses, green leaves, and nuts. Now, in many ways this is a great improvement on the drinking, smoking, corned beef eating generation that came before. But our technologically advanced society is avoidant, fearful, insecure, and worried about anything and everything. We have an unhealthily health obsessed generation who will seize on these new health apps and devices.

Spence argues that diagnoses are properly made with readings taken in symptomatic, high-risk individuals by doctors who can accurately interpret results, “not by young, asymptomatic, middle class neurotics continuously monitoring their vital signs while they sleep.” Spence writes that apps and health-tracking devices open the door to uncertainty and anxiety, and he thinks that doctors should think twice before implementing new technology that encourages users to buy into the reductionist and simplistic view of the body as a simple machine. “Humanity is wasting its time on monitoring life rather than getting on and living it. Wearable technology and medical apps? No thanks; I’ll take my chances.”