11 Game Series That Came Back From the Dead Years Later

In a world where a new Call of Duty game comes out each November like clockwork, and Assassin’s Creed games seem to flood the shelves in a nonstop stream, it’s easy to forget that some series aren’t quite as regular. Some video game series vanish without a trace, leaving fans to wonder what’s become of them.

But video games don’t die. They simply go dormant, only to rise again years later. At least that’s the case with these games, all of which took long breaks between installments — so long we never thought they’d return. But return they did, often to great fanfare from gamers and critics alike. As these franchises prove, you can’t keep a good game down. 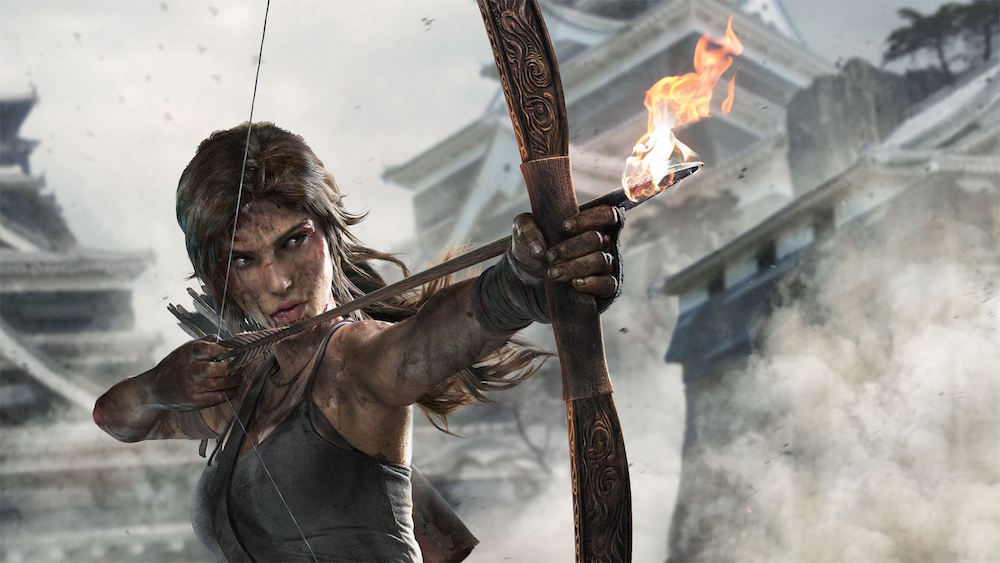 With nine main titles in the Tomb Raider series since 1996, it’s kind of hard to believe there’s been enough time for the franchise to fizzle out and be reignited. That’s pretty much what happened, however, after the release of 2008’s Tomb Raider: Underworld. It was the third installment in a row developed by Crystal Dynamics, and it closed out that loose trilogy.

Five years later, in 2013, Square Enix would wipe the slate clean by releasing a game simply called Tomb Raider. This reboot portrays a young, more realistic (and modestly proportioned) Lara Croft as she becomes the hero fans know from the previous games. It didn’t take nearly as long for the sequel, Rise of the Tomb Raider, to come out.

2. Alone in the Dark

‘Alone in the Dark’ | Atari

This series of survival horror games started off with a trilogy of games that came out in the span of just three years starting in 1992. At that point, for whatever reason, seven became the franchise’s magic number. Maybe it’s because these are horror games and seven is an unlucky number, but the next three installments all had seven year gaps between them, coming out in 2001, 2008, and 2015.

Then again, maybe seven years is too soon when you look at the catastrophe that is the latest release, Alone in the Dark: Illumination, which came out to horrendous reviews in 2015. 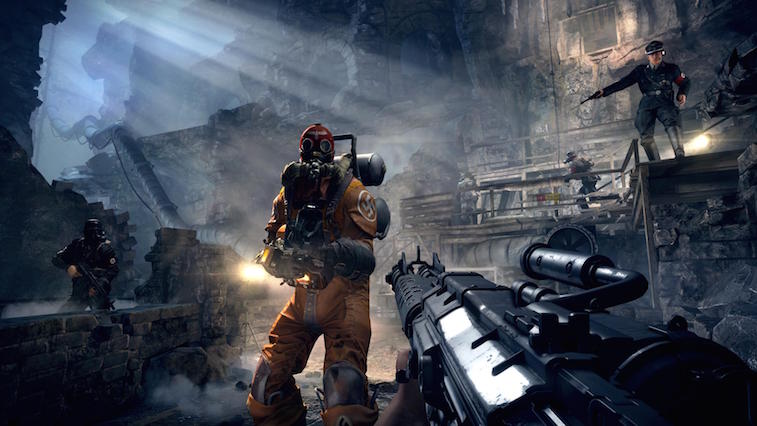 Wolfenstein is generally credited with starting the whole first-person shooter craze over 20 years ago. The franchise is still around, but it has taken a few sizable breaks in the meantime. The first came after the 1992 release of Wolfenstein 3D, when developer Id Software moved on to the Doom and Quake series. We didn’t get another Wolfenstein game for nine years, until Return to Castle Wolfenstein landed in 2001. After that, the series took another long break, this one lasting eight years, before releasing another game simply called Wolfenstein in 2009. If you’re looking for a great shooter, by the way, check out the modern installment, Wolfenstein: The New Order. 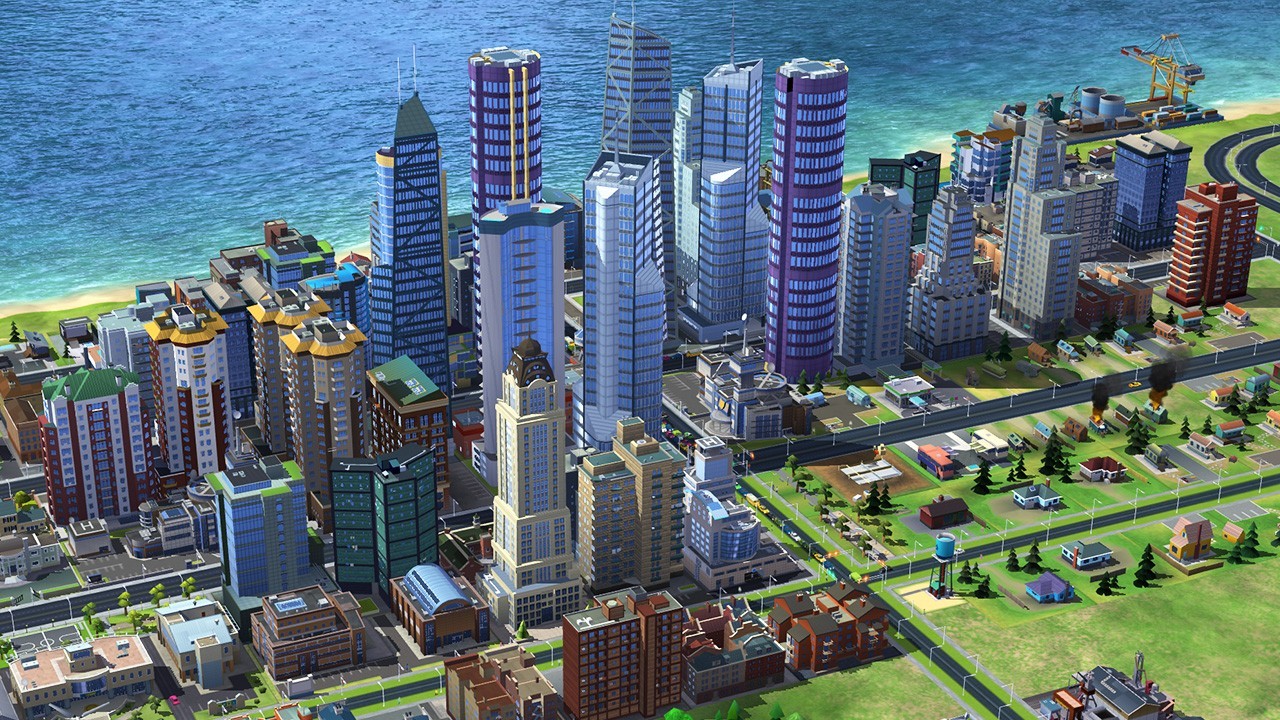 Many gamers grew up playing SimCity, building metropolises from scratch, dealing with natural disasters, worrying about traffic problems, and raising taxes on citizens with a click of the mouse. It sounds about as fun as filling out a spreadsheet, but it’s actually really enjoyable. But just like the other games on this list, there was a stretch of time when it seemed like we’d be denied the god-like power to build and destroy in any more SimCity games. That was during the 10 year gap between when SimCity 4 launched in 2003 and 2013, when the game SimCity was released for PC. 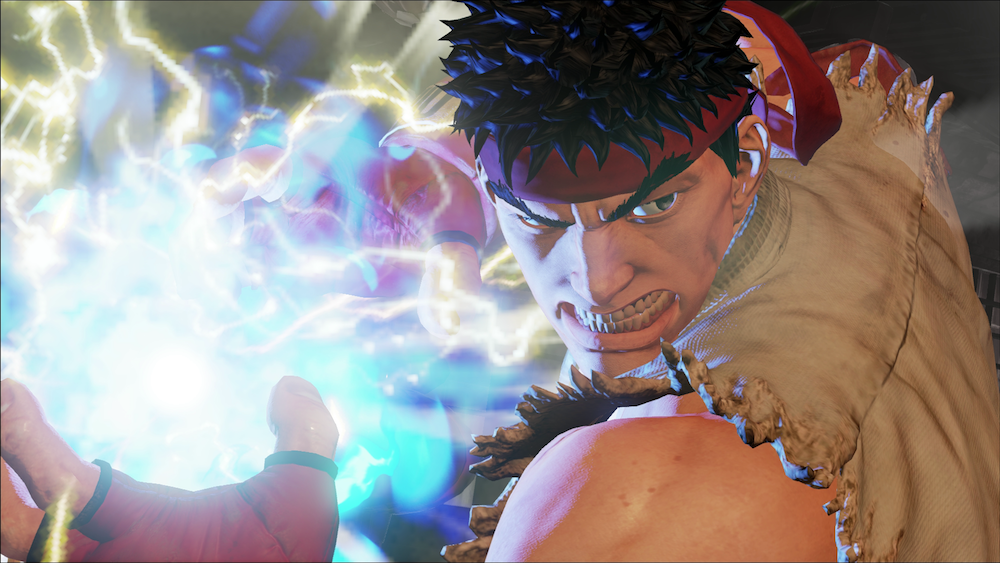 Based on how successful the Street Fighter series has been since it jump-kicked onto the scene in the ’90s, it’s kind of hard to believe the series went dormant for about about a decade between the release of the third and fourth installments. But that’s exactly what it did. After releasing Street Fighter III in 1997, Capcom let the series dry up until 2008, when it released Street Fighter IV, a title that has been extremely successful — so successful that it took just under eight years to release the sequel, Street Fighter V. 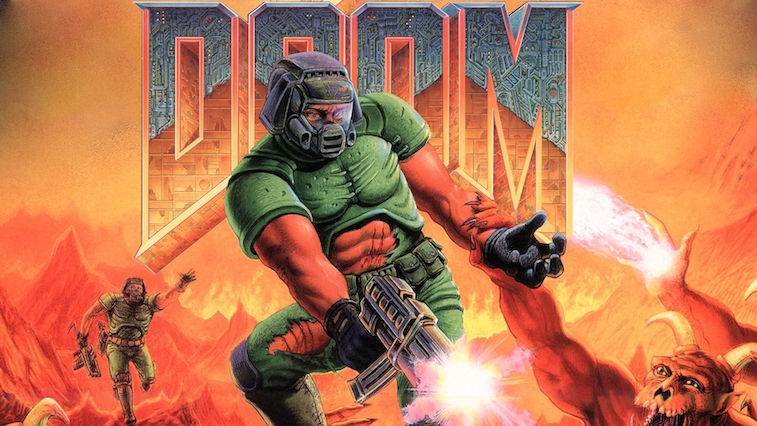 The Doom series has never operated on a predictable schedule. The first installment came out in 1993 and made PC gamers pay attention to the new first-person shooter genre. The second installment followed just a year later, continuing on without changing much (not that it needed to).

Fans who were eager for Doom 3 were in for a decade of disappointment, because the game took a full 10 years to come out. But that wasn’t even the longest Doom fans had to wait to frag demons in hell. The next new installment came 12 years later, in 2016. Thankfully, the game, simply titled Doom, was worth the wait. 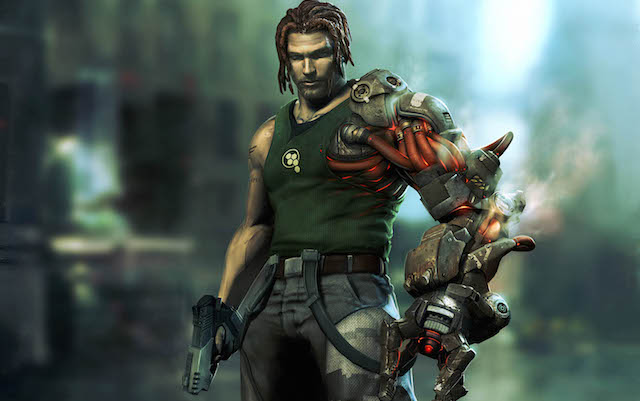 Bionic Commando was a 1987 action platformer that had a seemingly awful twist: You couldn’t jump. To make up for that limitation, your character had a mechanical arm he could use to grapple and swing across gaps, or pull himself up to high ledges. Once you got used to it, it proved to be loads of fun.

So it’s a shame that the series disappeared for ages until popping back into existence 12 years later in 1999 with Bionic Commando: Elite Forces. After that it vanished again for another nine years until the 2008 game Bionic Commando: Rearmed grappled the franchise back into the public consciousness, where it has remained ever since. 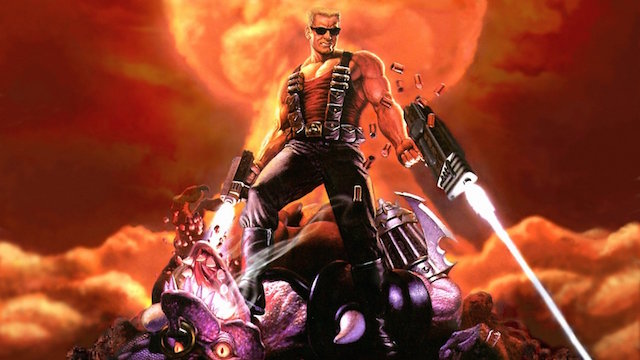 There was a time when Duke Nukem ruled the video game world. After the success of Doom and Doom II, fans of the newfangled first-person shooter genre were clamoring for more. And in 1996, developer 3D Realms delivered exactly what they wanted. Duke Nukem 3D was a fast-paced shooter that starred a tanned, muscular, quip-spouting hero who might have leapt off the screen of an ’80s action flick. The game was an enormous success, so the developers immediately began working on a sequel. To put it mildly, it didn’t shake out quite how they wanted.

Duke Nukem Forever was in “development hell” for over a decade, to be released (with a thud) in 2011. Not only was there an extended gap between installments, but the game was being actively developed for much of the time. Most companies can’t afford to pay a staff for anywhere near that long before releasing a game, but that goes to show how successful Duke Nukem 3D really was. 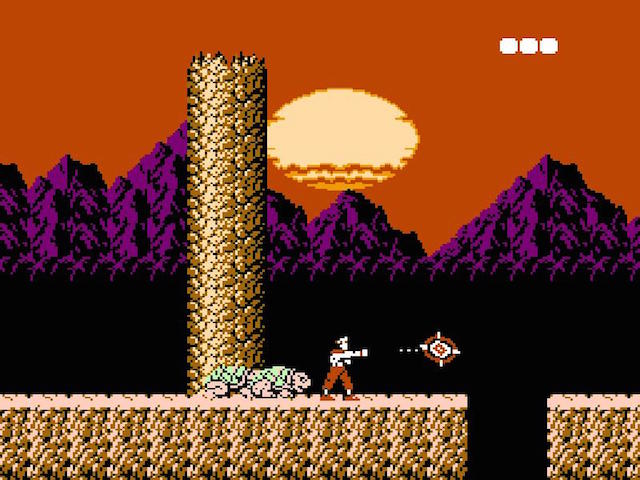 The original Rygar was an game full of mystery, adventure, and strange turtle-like creatures. It starred a single warrior exploring a fantasy world, armed with an amazing shield/yo-yo thing for a weapon. The game came out in 1986 in arcades, and was ported the following year to the NES. Gamers loved it, but for years it seemed like that would be the end of the strange yet compelling world of Rygar.

That is until 2002, when the franchise sprang back on the scene with Rygar: The Legendary Adventure, an action game for PlayStation 2 that was very well received by a world that was ready to swing a giant yo-yo once more. Come to think of it, we’re closing in on another 15 years since that game came out. Isn’t it time we’re due a new installment? 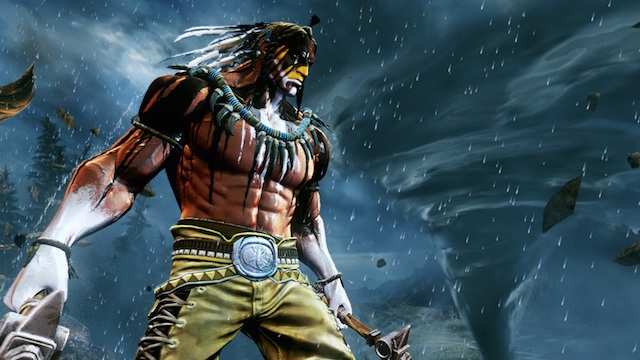 Another fighting game that was knocked down and left for dead is Killer Instinct. Well, maybe “knocked down” is the wrong way to phrase it, because the game was fairly well received when it was released in 1994. It spawned a sequel two years later, but then developer Rare began focusing on other things, like the massively successful classics Donkey Kong Country series and GoldenEye 007.

Fast forward to 2013, and the apparently-dead franchise rose from the ashes in a new installment, simply called Killer Instinct, to coincide with the release of the Xbox One. As they say in Game of Thrones, “what is dead may never die.”

These games go to show that if a developer has a good game and they keep the copyright in good repair, they can bring it back, no matter how many years have passed since the last installment. So whenever you find yourself lamenting for the disappearance of a game you loved long ago, think of these games and hold on to hope. It’s all we have. 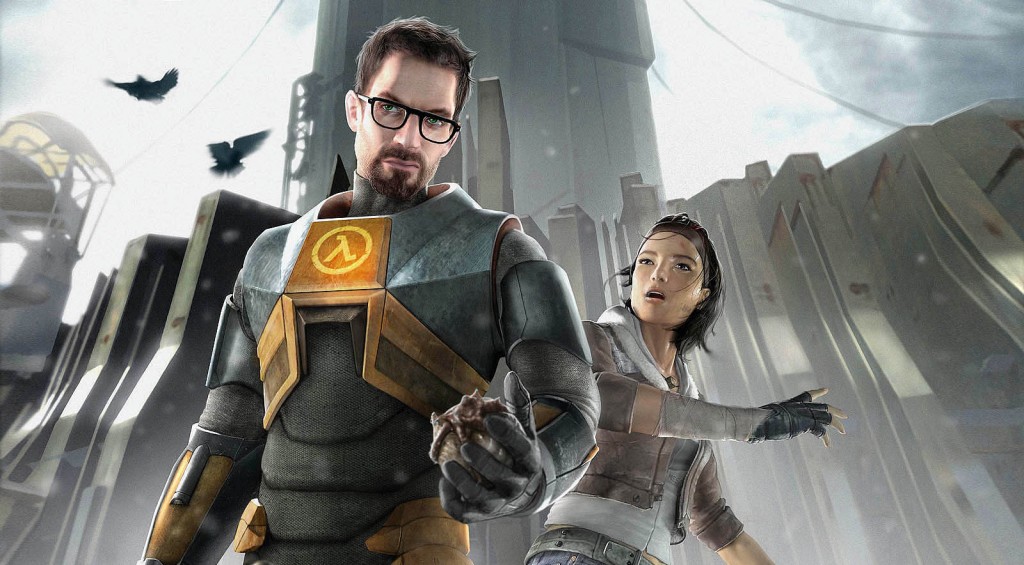 Now that Valve is raking in money hand over fist with its Steam platform, apparently finishing the series and giving devoted fans closure is no longer a priority. Which is a shame, because Half-Life is widely respected as one of the best video game series of all time.