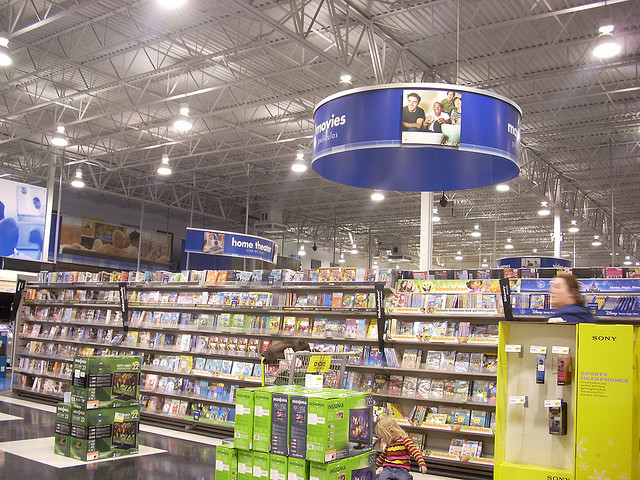 Best Buy (NYSE:BBY) might be late to the e-commerce game, but it’s here now, and according to CEO Hubert Joly, the retailer is ready to double its share of U.S. online consumer electronics sales to 18 percent from the current 7 percent.

As technology continues to evolve and more consumers choose to make their shopping decisions online, retailers everywhere are beefing up their e-commerce operations in order to ensure they can support the new traffic and even encourage it. Big-name companies like Macy’s Inc. (NYSE:M) and Wal-Mart Stores (NYSE:WMT) have long boasted impressive online retail sites, but until recently, Best Buy’s updated presence on the Internet was noticeably absent, and that’s where Joly had to step in.

According to Bloomberg, the CEO recognized that his company’s site had fallen a decade behind and worked to combat that reality by hiring a number of e-commerce specialists who are currently in the process of getting Best Buy’s online operations up to date.

Only a month after Joly became CEO last year, he employed Scott Durchslag from online travel company Expedia Inc. (NASDAQ:EXPE) as Best Buy’s president of global e-commerce operations. Shortly after that, he also recruited Sharon McCollam to become Best Buy’s chief financial officer to help it expand its online sales like she did during her time at Williams-Sonoma Inc. (NYSE:WSM)

Best Buy’s new online business is still a work in progress, but its sales now at least account for 40 percent of its total revenue, Bloomberg reports. The company can attribute that reintegrated success to Joly and his team of new Web architects, engineers, and other technology workers — a team that is still growing.

Best Buy recognizes that it still has a long way to go as it works to fully extend its status as the largest consumer electronics retailer into the e-commerce sphere, but its recent progress has at least restored investor confidence in the company, and Best Buy now has both consumers  and shareholders excited for what’s still to come.

Bloomberg reports that Joly now wants to increase the percentage of Best Buy online visitors who ultimately become buyers. As of now, only slightly more than one of every 100 visitors makes a purchase, a figure significantly behind that of its competitors. That’s why the CEO is erecting a new goal that requires Best Buy to double its share of U.S. online-consumer electronics sales. The Richfield, Minnesota-based Best Buy knows it can’t seriously compete with the likes of Amazon.com Inc. (NASDAQ:AMZN) anytime soon, but it can at least work to infringe more on the territory of its rivals.

So far, Best Buy’s online traffic has risen 9.9 percent in August compared to a year earlier, and that figure is only expected to move upward.

In addition to an updated online option, Best Buy customers can now also take advantage of the company’s loyalty program, “My Best Buy,” which rewards frequent customers by allowing them to log purchasing points that eventually equate to deals and prizes. Many popular retail sites already offer similar programs. Best Buy is looking to level the playing field as it offers shoppers three membership tiers and then rewards the top spenders with deals like free expedited shipping and 45 days to make returns and exchanges.