BlackBerry and Samsung Team Up Against Apple and IBM 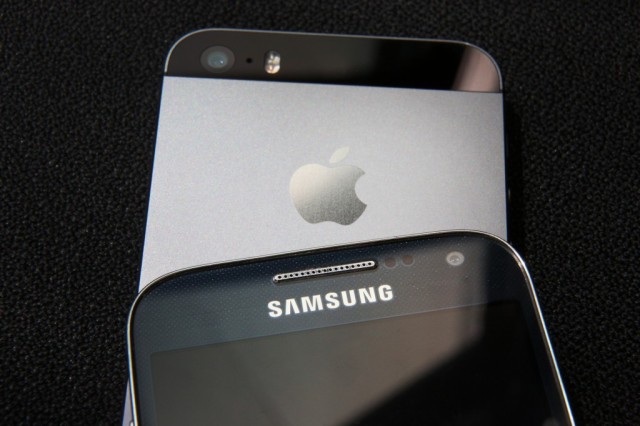 While the proverbial phrase “strange bedfellows” is typically applied to the world of politics, it can now just as accurately be applied to the mobile phone industry. Earlier this week, BlackBerry announced that it was forming a strategic partnership with Samsung in order to provide “a highly secure mobility solution for Android.” The partnership will integrate Samsung’s Knox-powered Galaxy smartphones and tablets with the BlackBerry Enterprise Service 12 (BES12) server. Knox is Samsung’s proprietary security system that it uses for mobile devices marketed to enterprise and government customers, while BES12 is BlackBerry’s cross-platform Enterprise Mobility Management (EMM) solution.

While the Canada-based BlackBerry and the Korea-based Samsung are ostensibly competitors in the smartphone market, the two companies apparently decided that their minor rivalry was worth putting aside in order to take on an even bigger threat: Apple. While Samsung’s strategic partnership with rival BlackBerry may seem strange, it comes several months after an even stranger partnership was announced by Apple. In July 2014, Apple announced that it was forming an “exclusive partnership” with IBM in order to “transform enterprise mobility through a new class of business apps.”

Although IBM is not a competitor in the smartphone market, the company has historically been a rival of Apple in the overall computer market. When Apple introduced its first Macintosh computer over 30 years ago, it aired a now iconic television commercial that portrayed Apple as a colorful runner who destroys a television monitor with a George Orwell-inspired image of “Big Brother.” Apple co-founder Steve Jobs later confirmed that the “Big Brother” character featured in the “1984” commercial represented IBM, according to TIME.

John Sims, BlackBerry’s president of global enterprise services, noted the oddness of his company’s partnership with Samsung when he took the stage at a recent event hosted by the company in San Francisco. “People probably didn’t expect to see these two companies on the same stage, at least not willingly,” said Sims, according to Bloomberg. “We need to be able to provide a breadth of choices and do that with companies of the highest level.”

Although Samsung’s Knox platform is presumably free of the malware issues that plague users of older versions of Android, the operating system’s reputation as malware magnet may have still dampened the appeal of Samsung’s mobile devices for enterprise users. In contrast, BlackBerry has a well-established presence in the mobile enterprise market due to the company’s longstanding emphasis on operating system security. By marrying Samsung’s smartphone market share with BlackBerry’s reputation for security, the two companies are hoping to present a viable challenge to the threat presented by Apple and IBM’s similar partnership.

“We share the goal to provide enterprises with the most secure mobility solutions through this partnership with BlackBerry,” said Injong Rhee, SVP of Samsung’s Knox business group, in a press release. “Samsung KNOX is focused on delivering secure mobility solutions to enterprises and, combined with BES12, we will offer more options for customers that need enhanced levels of security on Android devices.”

While it remains to be seen if the BlackBerry-Samsung partnership will be able to steal enterprise customers away from Apple and IBM, one advantage that BlackBerry’s BES12 offers is compatibility with multiple device platforms, including BlackBerry, Windows Phone, iOS, and Android. On the other hand, the well-established popularity of Apple’s iPhone and iPad products with many business users may give it a head start on Samsung and BlackBerry’s enterprise ambitions. As noted by Cook when Apple first announced its partnership with IBM, “over 98 percent of the Fortune 500 and over 92 percent of the Global 500 [are] using iOS devices in their business today.”