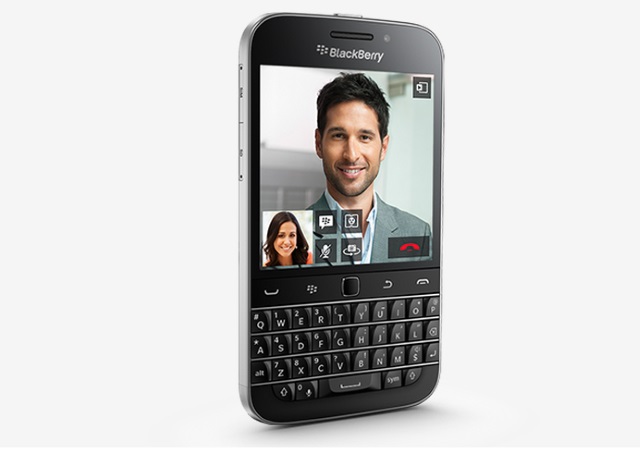 From retro fashion trends to old-school video games, there is no shortage of examples to illustrate people’s obsession with things from the past. But can the same philosophy be successfully applied to the smartphone market? Earlier this week, BlackBerry — maker of the eponymous mobile devices — launched its long-awaited BlackBerry Classic. With its traditional 35-key QWERTY keyboard, the BlackBerry Classic is a throwback to the days before capacitive touchscreen-centered interfaces became the norm.

It’s an interesting move by BlackBerry, since it was the company’s failure to adapt quickly enough to the changing trends in the smartphone market that caused it to lose its leading position in the first place. Following Apple’s debut of the iPhone in 2007 and the subsequent introduction of similar touchscreen smartphones from companies like Samsung, BlackBerry saw its once-dominant share of the worldwide smartphone market shrink to the negligible portion that it holds today.

In this sense, it seems counterintuitive for BlackBerry to make its outdated smartphone design the key selling point of its latest model. However, BlackBerry Executive Chairman and CEO John Chen insisted that the company is giving its customers what they want.

“We listened closely to our customers’ feedback to ensure we are delivering the technologies to power them through their day — and that feedback led directly to the development of BlackBerry Classic,” said Chen in a press release. “BlackBerry Classic is the powerful communications tool that many BlackBerry Bold and Curve users have been waiting for. It’s the secure device that feels familiar in their hands, with the added performance and agility they need to be competitive in today’s busy world.”

According to Chen, while the BlackBerry Classic may feature a retro design, its hardware has been updated with new technology geared toward “the needs of productive people.” This includes a faster browser, more applications, a 3.5-inch touchscreen, and 50% longer battery life. The BlackBerry Classic also comes outfitted with the latest BlackBerry 10 OS, a dual-core processor, and 8-megapixel camera.

“This device underscores our commitment to helping BlackBerry users be at their most productive and respond to the demands of business from anywhere, at any time,” said Chen. “By bringing back the trusted functionalities, incorporating our latest operating system and building a speedier browser, our users can feel confident they are using the best communications tool out there.”

Of course, it is the device’s old-school design that will likely be its main appeal, rather than any of its hardware or software specifications. Whether this design can attract new buyers beyond BlackBerry’s core base of loyal users remains to be seen. “A lot of people say the Classic is aiming for loyal customers,” said Chen, per ABC News. “And that is true.”

However, there are several indications that the Classic’s retro design will find success with new customers. Typo Products, a company co-founded by television personality and entrepreneur Ryan Seacrest, offered a Bluetooth-connected physical keyboard accessory for the iPhone after realizing that many iPhone owners used smartphones with physical keyboards for typing and the iPhone for everything else.

In case there was any question that the accessory was inspired by BlackBerry, the Canadian smartphone maker successfully secured an injunction against Typo after a federal judge agreed that its keyboard infringed on BlackBerry’s design patent, reports Reuters. Although Typo still offers the keyboard, it has been redesigned so it doesn’t infringe on BlackBerry’s patent.

Similarly, recent comments from reality TV star Kim Kardashian confirmed that smartphones with physical keyboards still have loyal fans. “I love BlackBerry and every time I say that people are horrified that I have a BlackBerry and I don’t understand that reaction,” said Kardashian at Re/code’s Code/Mobile conference in October. “If you have to handle email and you have to type fast, I need to feel that board.”