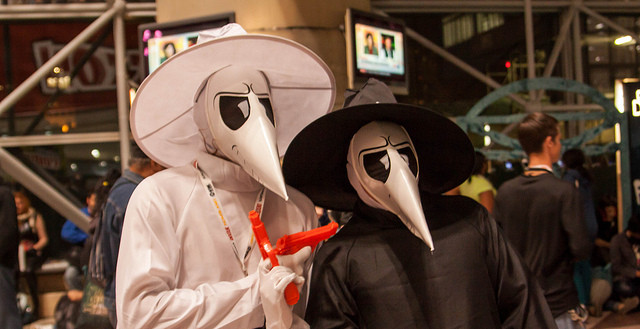 A recent filing with the Federal Communications Commission has shown that Boeing (NYSE:BA) is moving forward with its plans to make an ultra-high tech smartphone that seems like something out of a spy movie.

The device, which is being called “Boeing Black,” will run on a variation; be able to support all the major communications, storage, and wireless standards; and will self-destruct if tampered with. The device also uses dual SIM cards to switch between secure and public networks — but not too much more is known about device. The company has even gotten the specs for the device exempt from the Freedom of Information Act, so journalists aren’t allowed to know many details about the phone. Boeing says that the device’s specs are “trade secrets” vital to national security and so can’t be shared with the public.

“Boeing has developed its Black phone primarily by governmental agencies and their contractors to ensure that data and voice communications undertaken by their respective employees are transmitted and store in a highly secure manner,” Boeing said in its filing. Anyone who buys a Boeing Black will have to sign a non-disclosure agreement promising not to reveal the phone’s secrets.

“The Boeing Black phone is manufactured as a sealed device both with epoxy around the casing and with screws, the heads of which are covered with tamper proof covering to identify attempted disassembly. Any attempt to break open the casing of the device would trigger functions that would delete the data and software contained within the device and make the device inoperable,” Boeing said of a function that sounds like something out of a Bond film.

Even the product’s page on Boeing’s website makes it sound as if the device is made for spies. “The U.S. defense and security communities demand trusted access to data to accomplish their missions,” Boeing says. “Despite the continuous innovation in commercial mobile technology, current devices are not designed from inception with the security and flexibility needed to match their evolving mission and enterprise environment.”

News that Boeing was making a smartphone for military and government employees was first reported two years ago. At the time, the company confirmed to Geekwire, “We are developing a trusted mobile device that will serve the U.S. Government Defense and Security market, which require a higher level of security than is currently available in the commercial marketplace.” The venture represents a new product for Boeing, which is bestost known for making commercial airplanes and military aircraft.

This could be more bad news for BlackBerry (NASDAQ:BBRY), as one of the few places that the company’s devices are still widely used is among government officials. BlackBerry has long been a Pentagon favorite, as its devices and network are known for being incredibly secure. President Barack Obama himself famously uses a BlackBerry, even though it’s “no fun” — however, it was the only device deemed secure enough for the president’s use.

But as BlackBerry’s popularity has waned, even the Defense Department has begun allowing employees to use certain smartphones from Apple (NASDAQ:AAPL) and Samsung (SSNLF.PK) as well as BlackBerrys, which have been preferred due to their better security than competing smartphones. If Boeing creates a phone with that’s even more secure, BlackBerry could lose one of the last remaining market for its devices.