Borderlands Pre-Sequel Announced, But Not for New Consoles 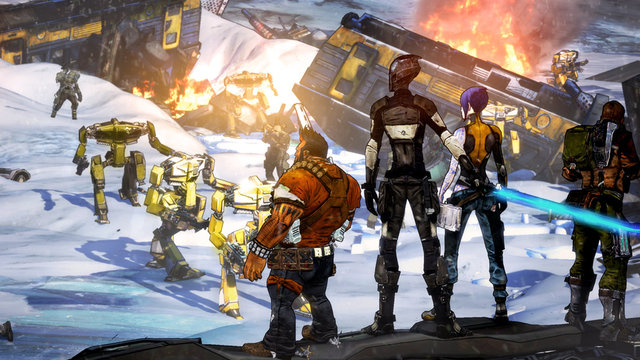 Unlike the previous installments, The Pre-Sequel is being developed by 2K Australia, although Gearbox Software will help out in some unspecified capacity.

In the Borderlands series, you play as an armed treasure hunter as you explore a dangerous alien planet called Pandora in a quest for cash and increasingly powerful weapons. The upcoming game will take place on Pandora’s moon and an H-shaped base that orbits around it. You play as one of four lieutenants of Captain Jack, the chief antagonist of Borderlands 2. Like in Borderlands 2, you’ll hear Captain Jack in your earpiece, but this time he’s a good guy rising to power.

You have four characters to choose from: Athena The Gladiator, Wilhelm The Enforcer, Nisha The Lawbringer, and Claptrap, a talkative robot who accompanies the player in the series’ previous installments. Since Claptrap is a knee-high robot, if you play as him, your first-person perspective will be significantly lower than that of your teammates. 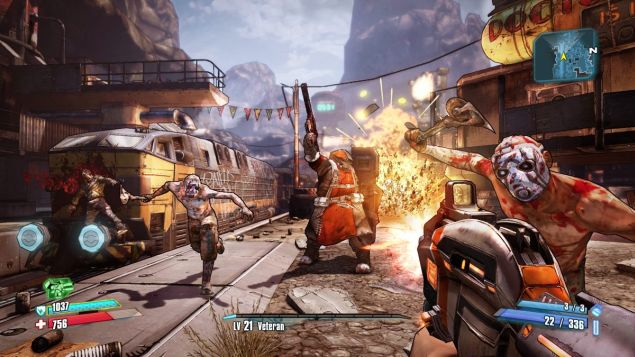 The series’ cel-shaded graphics will return, as will the same basic gameplay the titles are known for. That means players will shoot their way through hordes of crazed enemies and aliens and be rewarded with tons of weapons and armor. Fans of the Diablo-esque randomized loot system of the previous games will be pleased to know that it remains intact in the upcoming title.

GameSpot, who got a hands-on preview of the game, reports that they’ve also added a new “cryo effect that allows enemies to be frozen, alongside laser weaponry that comes in multiple shapes and sizes.” Additionally, the game will feature “oz packs,” which allow your character to breathe on the surface of the moon, and also act as jetpacks that give you a range of new abilities, like double jumping, flying, and smashing enemies into the ground. You’ll have to watch the meter on your oz pack, though, because if you run out of oxygen, your health starts to drain. The lunar surface will also feature low-gravity physics that increase the height of your character’s jumps.

For more details about what’s been revealed of Borderlands: The Pre-Sequel, you can check out Gamespot’s hands-on preview here.

It’s no surprise to find a new Borderlands game in the works, seeing as the previous entry in the series, Borderlands 2, is the best selling game 2K has ever released. The game, which hit the market in 2012, has reportedly sold over 9 million copies, although the specific figure hasn’t been announced.

Despite all that, Gearbox CEO Randy Pitchford had recently stated that Borderlands 3 was not in the works. He told Polygon, “When you think of what Borderlands 3 should be, it should be massive. It should be bigger and better than Borderlands 2. It should carry forward the story. It’s probably crazy multiplatform, depending on timing. It would have to be a next-gen game and a current-gen game, if it was coming at any time in the reasonably near future.”

Borderlands: The Pre-Sequel is also not to be confused with another Borderlands game that’s in the works by Telltale Games. That title, called Tales from the Borderlands, is an adventure game that’s set to release sometime this year.