‘Borderlands: The Pre-Sequel’ Is Familiar, But Fun 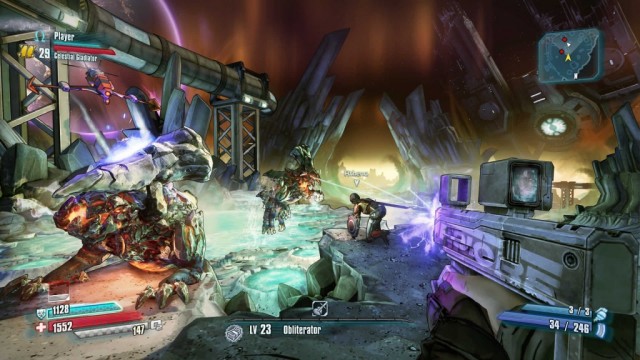 Developing an AAA game takes a lot of time, generally two years at the very least. When companies like Ubisoft and Activision turn series like Assassin’s Creed and Call of Duty into yearly franchises, it brings in a second development team so it can stagger the releases year after year. (Activision now has three teams making the Call of Duty series: Infinity Ward, Treyarch, and Neversoft). The Borderlands series has proved popular enough that publisher 2K Games has given the franchise a similar treatment.

So Borderlands: The Pre-Sequel was not made by Gearbox, the developer of the first two entries in the series. Instead, it was made by 2K Australia, with “assistance from Gearbox.” The game’s subtitle is actually a tongue-in-cheek reference to this game being something of a stopgap before we get a “true” sequel in the (as yet unannounced) Borderlands 3. The question remains: Is The Pre-Sequel a stopgap anyone should play?

The reviews are in, and the consensus is that Borderlands: The Pre-Sequel is indeed a worthy successor to Borderlands 2. It doesn’t reinvent the series, but it does bring a few welcome changes, and delivers plenty of fan service to the dedicated Pandora explorers. Over at Metacritic, the game is holding steady with a “generally favorable” score of 75 out of 100.

The Pre-Sequel takes place between the stories of the first two games, and tells how the Borderlands 2 antagonist Handsome Jack came to power. Handsome Jack was a terrific villain in that game, always ready with a gleefully cutting line that he delivered with charisma to spare. Here, we see how Jack goes from being a low-level coder to become the Hyperion corporation’s ruthless overlord. 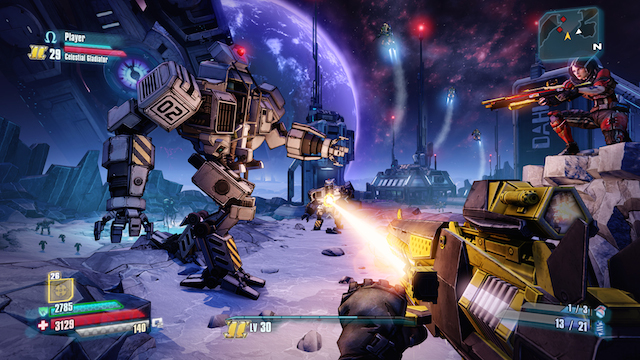 The game plays just like the previous installments. That means you’ll shoot every creature with a pulse, and collect the fountains of loot that erupt out of them when they die. Treasure chests are also scattered generously around the environments, containing weapons and gear you can compare to your current load-out to make sure you’re always equipped with top-tier stuff. Killing baddies also helps you level up, which lets you fill out a detailed skill tree to increase your abilities as you progress. Many people find all of these gameplay systems very addictive and rewarding.

One of the big changes is how you jump. Previous Borderlands games have taken place on Pandora, a planet with Earth-like gravity. The Pre-Sequel takes place on the low-gravity satellite of Elpis, Pandora’s moon, so when you go outside and jump, you jump high. But since Elpis has no atmosphere, you need to keep an eye on your oxygen tank to make sure you can breathe. Your O2 tank also lets you double-jump, giving you a great view of the battlefield, and letting you perform a “butt-stomp” move that causes some good, satisfying damage to enemies.

According to GamesRadar, “There’s an interesting risk/reward mechanic, in that you have to keep an eye on that O2 gauge to make sure you’re not jumping around willy-nilly, otherwise you’ll suffocate like Arnold Schwarzenegger at the end of Total Recall. Luckily, enemies drop O2 tanks like candy, and oxygen vents are everywhere, so it never becomes enough of a hassle to interrupt Borderlands’ traditional breakneck game-flow.”

Another big difference is the lineup of character classes. The Pre-Sequel has all-new character types that feel quite different from the classes in the previous games. Of particular note, you can now play as Claptrap, the short, one-wheeled robot people who played a previous Borderlands game will either find endearing or terribly annoying. 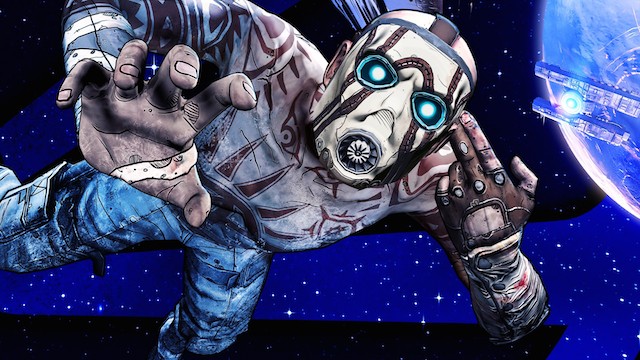 IGN’s primary concern about the game is that, like its predecessors, it suffers from pacing issues. “The inadequate waypoint system … doesn’t save you from going in circles while looking for your next objective, the boring trek back to your quest-giver at mission’s end … it’s all still here.”

Thankfully, the series’ focus on multiplayer is back, so up to three friends can hop into your game at any time to give you a hand (or gun). This eases the pain whenever you have to navigate an empty expanse of land, because at least you can chat with your friends while you do it.

Over at The Escapist, the reviewer sums up the experience by saying that this truly is more of the same Borderlands gameplay you’ve experienced before. “This means you get the same loot-hungry compulsion to play, but also the same exhaustion in fighting the same bullet sponge enemies over and over. You get the same moments of genuine referential wit that can make you laugh out loud, but the same moments of desperation where limp fart jokes or overacting screams are used in place of an actual gag.”

Borderlands: The Pre-Sequel may not be a major advancement for the series, but seeing as it was made by a new developer, no one was really expecting it to be. What it does offer is a familiar morsel for fans to chew on until Borderlands 3 comes out — whenever that may be.